Last year I made a winter visit to Tenerife & La Gomera. This year again we wanted to enjoy some sun in winter time so we decided to pick two other of the Canary islands to travel to, we left Belgium on 26th of January and returned on the 7th of February. The island choice was easily made. The period is the ideal period to see some small Pierids on the eastern Islands and visiting Gran Canaria and Fuerteventura gives enough variation in habitats to make a twelve day stay enjoyable. Some basic information on the Canary islands can be found in this previous post. Here I will start immediately with species accounts of the species seen on this trip.

Pieris rapae & Colias croceus were of the most common butterflies observed all over. As they are part of the most common butterflies in Europe as well, I will not go deeper into the observations made of these species. The same for Pontia daplidice, this species can be very common in SW Europe and can be encountered all over the Canary islands, although in winter it doesn't seem to be the most widespread species.

Euchloe (Elphinstonia) charlonia
This small sulfur yellow butterfly has a distribution all over northern Africa and parts of the Middle East. In southern Turkey the distribution reaches the distribution of the look-a-like Euchloe penia. To the west the species reaches the two easternmost Canary islands Fuerteventura & Lanzarote. Some populations on mainland Spain, only discovered in the 1990's, are nowadays considered a species on its own, Euchloe bazae. There are observations of E. charlonia in more or less all months of the year but at least in the Canary islands main flight period seems to be limited to late winter - early spring, from December to April, in one main and a second partial generation. The species is a strong flyer and can be seen almost everywhere in open landscape. Males can most easily be found by their hill-topping behavior, females can probably more easily be found in the slightly more humid corners of the barrancos in this barren landscape as these are the locations where several Brassicaceae grow that serve as larval foodplant. Most butterflies we saw were already a bit abraded, probably we were over the peak of the first generation. 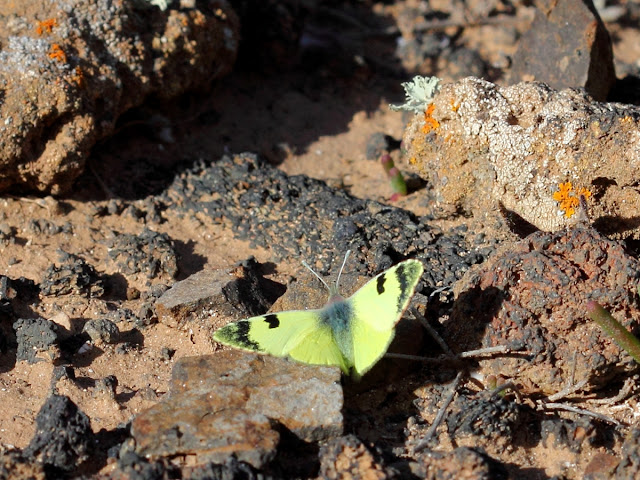 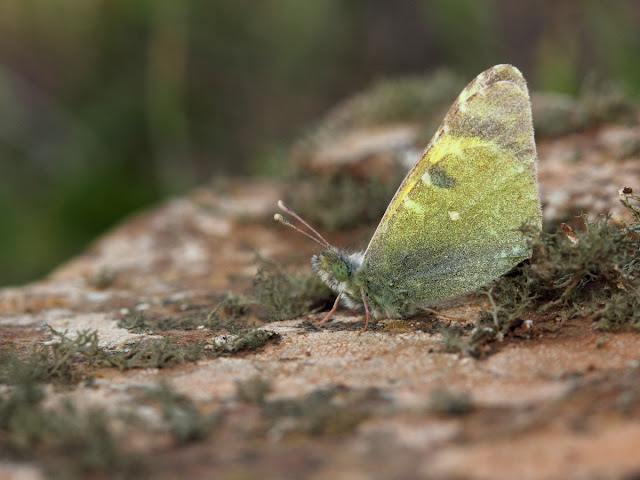 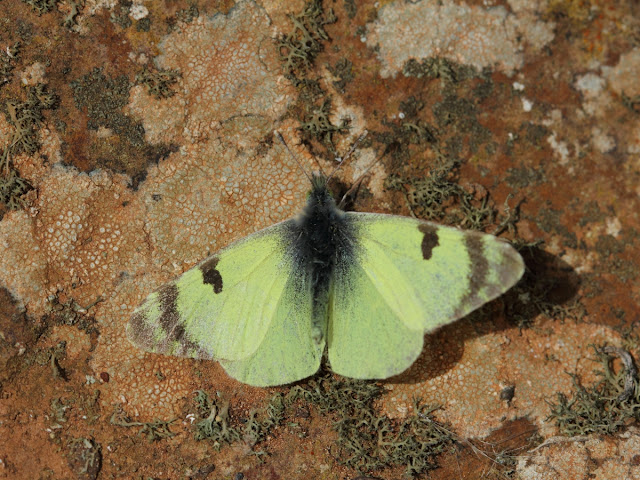 Euchloe hesperidum
The Canary islands holds some butterfly taxa closely related to Euchloe belemia, widespread in the southern Iberian peninsula and N-Africa with representatives on 3 Canarian islands (FU, GC and TE). Recent genetic research shows these representatives to be genetically distant from the mainland populations and shows a considerable amount of genetic distance between these three island populations as well. As a consequence these three taxa are considered on Fauna Europaea as three different species.
In Fuerteventura, E. hesperidum is a fairly common species to be found all over the islands in the slightly more humid corners of barrancos, along abandoned fields and road verges. 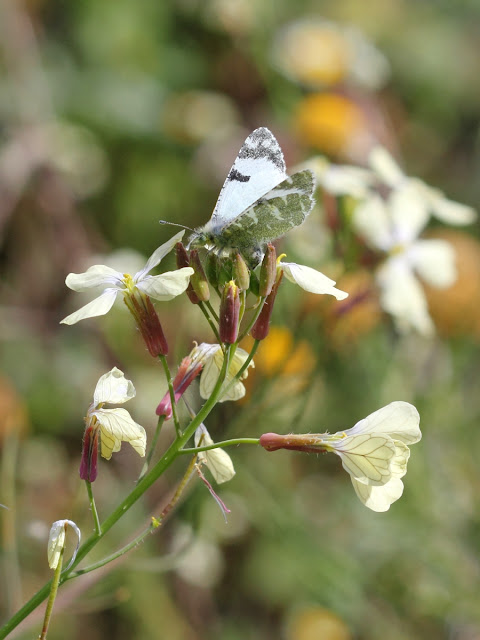 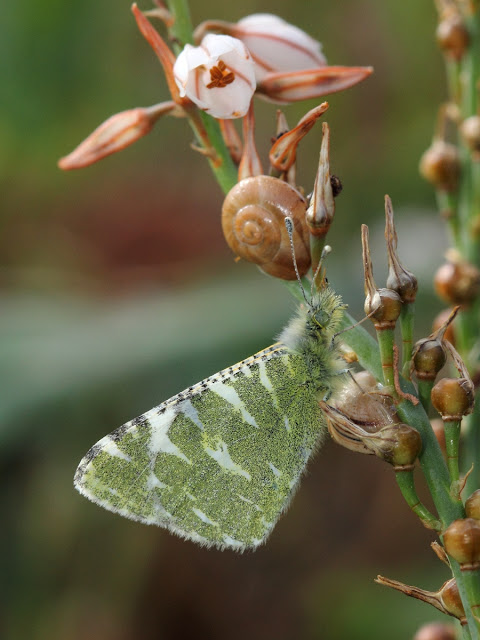 Euchloe grancanariensis
This is the representative of the Euchloe belemia group on Gran Canaria. We found it fairly common higher up in the mountain, as with other species of this genus the hill topping behavior of the males makes it not to difficult to find the species. 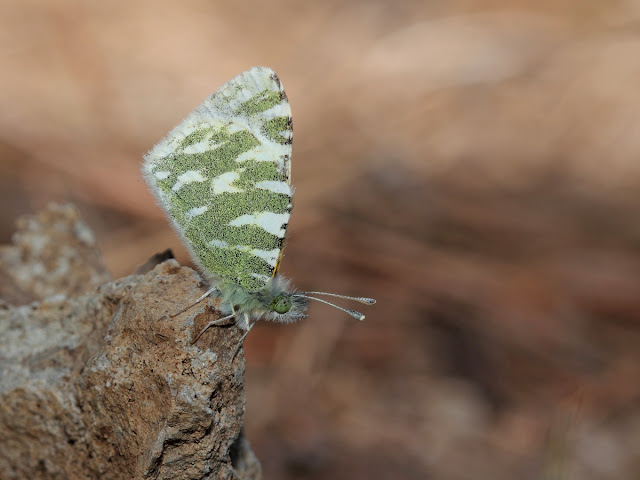 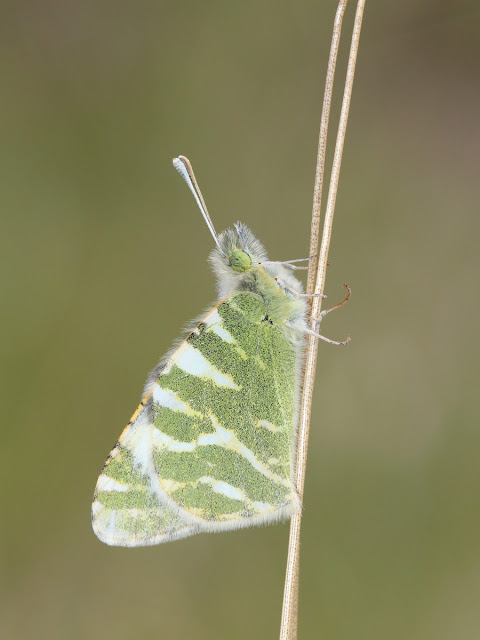 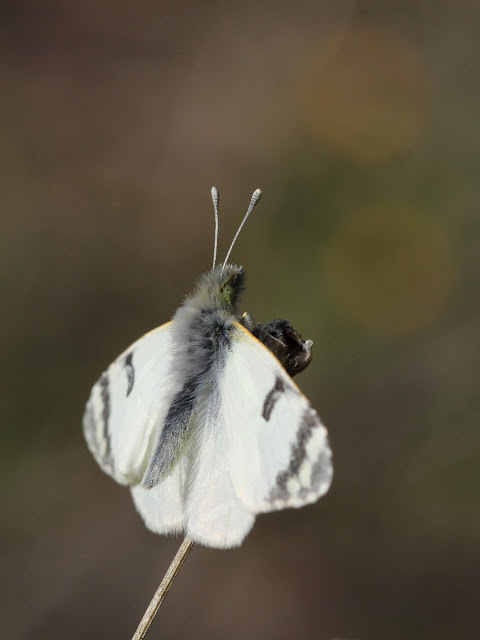 Catopsilia florella
This is a species with mainly a tropical African and Asian distribution and with a well known migratory behavior. Thanks to this behavior and the fact that the non native larval foodplant is being used in the Canary islands as an ornamental plant this species has been able to build op some local populations on the Canary islands, mainly to be found in tourist resorts and coastal towns where the conspicuous foodplant Cassia (=Senna) didymobotrya grows in gardens and parks. We found the species at the entrance of the Oasis park in Fuerteventura. As well a full grown caterpillar on the foodplant as a few recently emerged adults. 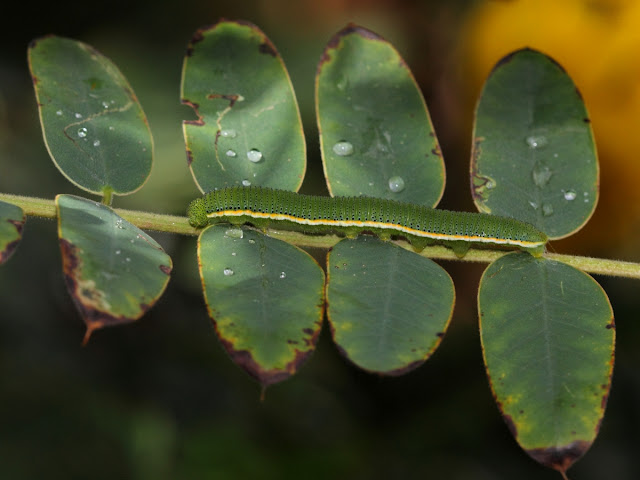 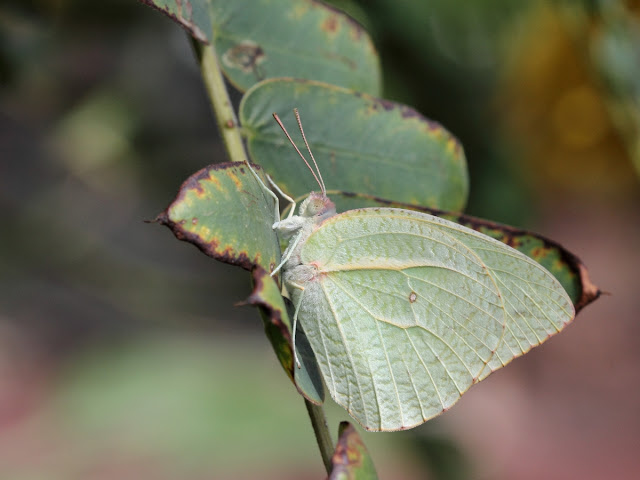 More on Lycaenids in the next thread.

Posted by Pieter Vantieghem at 20:12