Danaus plexippus
This nearctic species is fairly common in the Canary islands, reproduction probably happens mostly near urban environments where the larval foodplants of the genera Asclepias and Gomphocarpus are widely used in gardens and parks but as it is a strong flyer you can come across a Monarch about every where there are some flowers and trees. 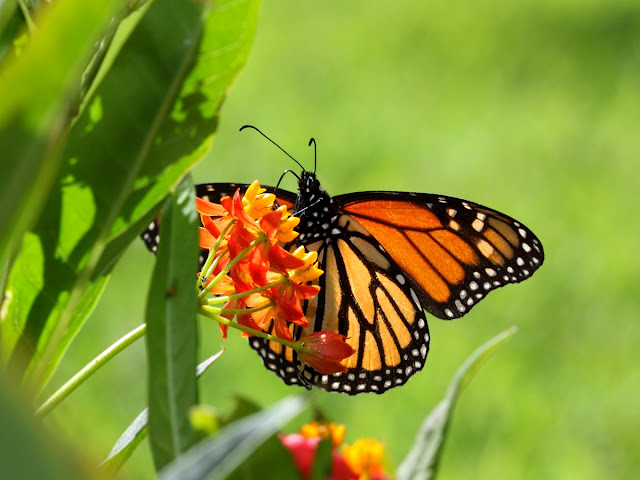 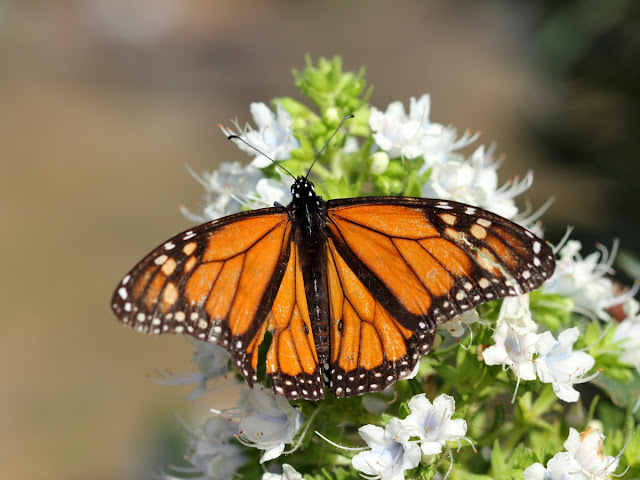 males are recognized by their androconial patches central on the hindwing

Danaus chrysippus
This species is more confined to natural habitats in the Canaries than previous species. It is an afrotropical species with a migratory behavior, each year moving up north to the Mediterranean area with highest abundances in autumn. Most probably the species can't survive Mediterranean winters.
In the Canary islands this species is probably present year-round and is mainly found in warm barrancos, these locations heat up quickly during the day but still hold some humidity in the lowest parts creating the specific needs for this species with the larval foodplants present on the dry slopes and more lush vegetation with nectar for the adults. 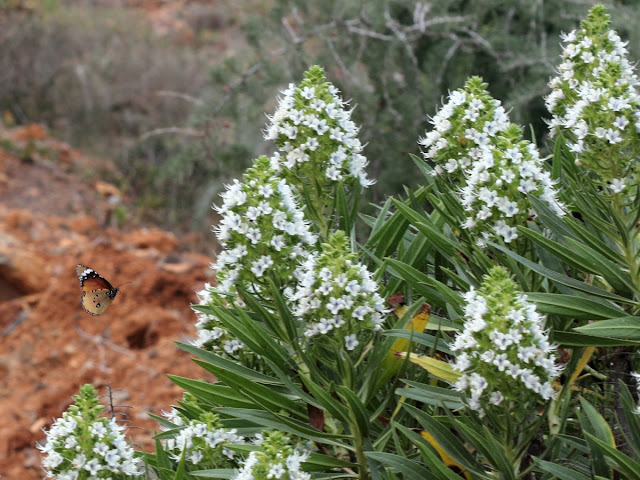 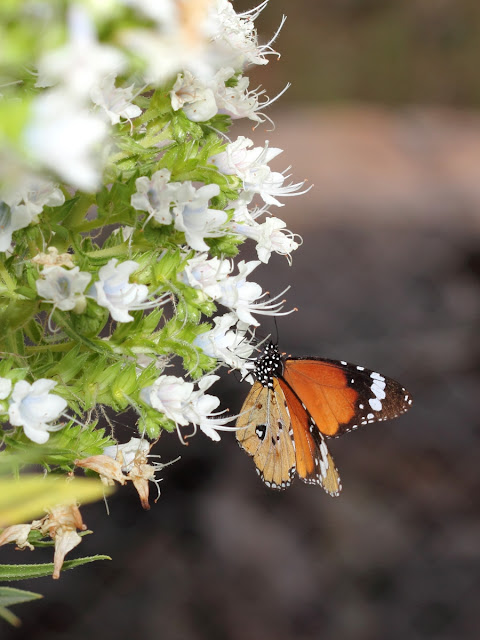 Vanessa vulcania
This Macaronesian endemic can be found on Gran Canaria & Fuerteventura. I only saw a few individuals on Gran Canaria, it seemed less common than on Tenerife last year. 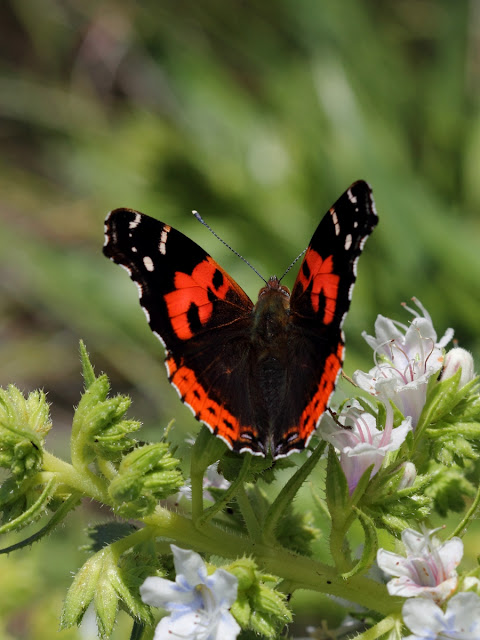 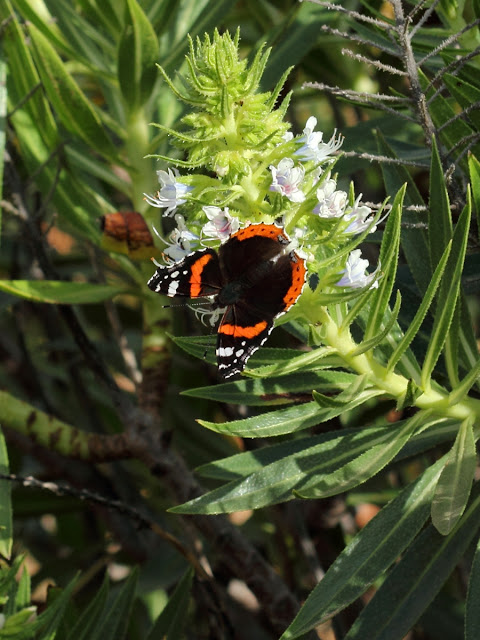 Vanessa cardui
This species was common all over, mostly in singletons but near Betancuria in central Fuerteventura locally large numbers could be found. Most of these butterflies were rather fresh, suggesting that these butterflies were locally bred and not immigrants for more south. Larvae were found on lots of locations on at least three different foodplants: Malva cf. parviflora (GC & FU), Cynara cardunculus (FU) and Forsskaolea angustifolia (GC & FU). Apart from living larvae also lots of empty larval cases were found, some of them containing dried up dead larvae suggesting a high level of predation and/or parasitism. 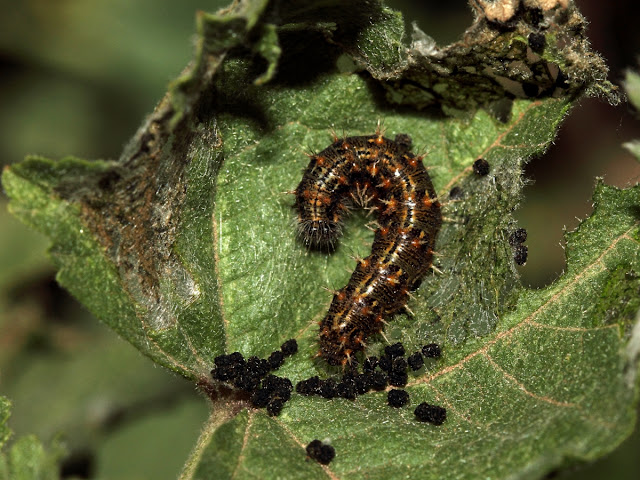 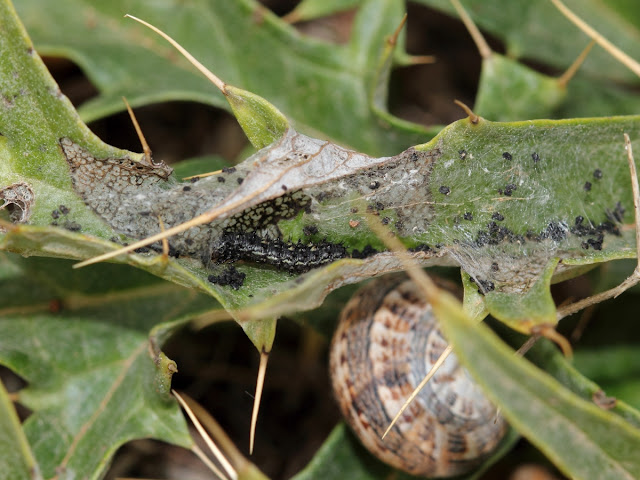 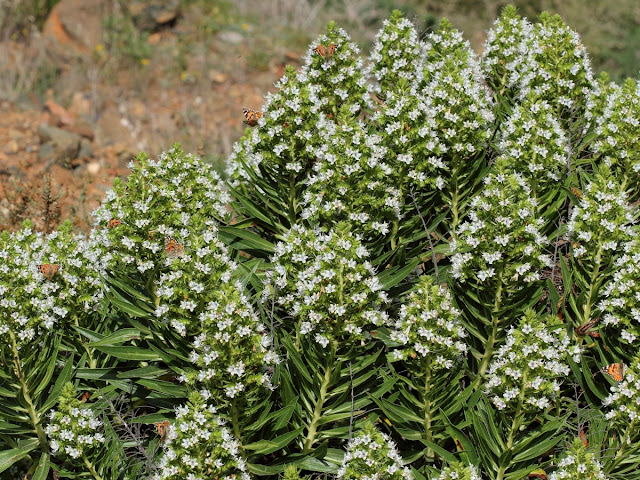 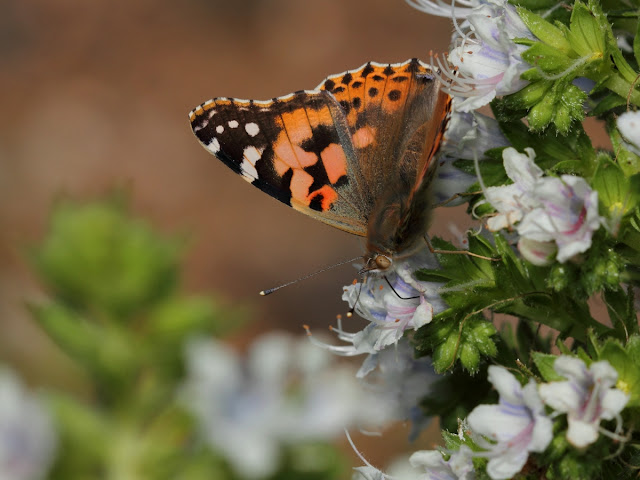 Vanessa virginiensis
In older literature this species is not mentioned for Gran Canaria, recently however there seem to be at least some sightings (see for example). I saw one individual in central Gran Canaria but unfortunately was unable to make pictures. Luckily I made some nice pictures last year.

Pararge xiphioides
Endemic to the 5 western islands, strangely enough I only saw one individual on Gran Canaria. As it was early in the trip I didn't put much effort in making pictures. Probably this species is more common in the more humid north of the island, while we mainly visited locations in the southern half of the island. Pictures of this species in last years overview.

Hipparchia tamadabae
Flight period for this species is mostly described as starting from april (late march). A picture on lepiforum suggested already that locally this species can fly more early. It was however not until we accidentally met some Belgian friends who had made pictures of an individual end of January that I started to hope to see this species this early. When returning to Gran Canaria from Fuerteventura we visited both the location of the Belgians as the location of the German observation and on both locations we saw the species. This must by far be the earliest Hipparchia to start flight season! 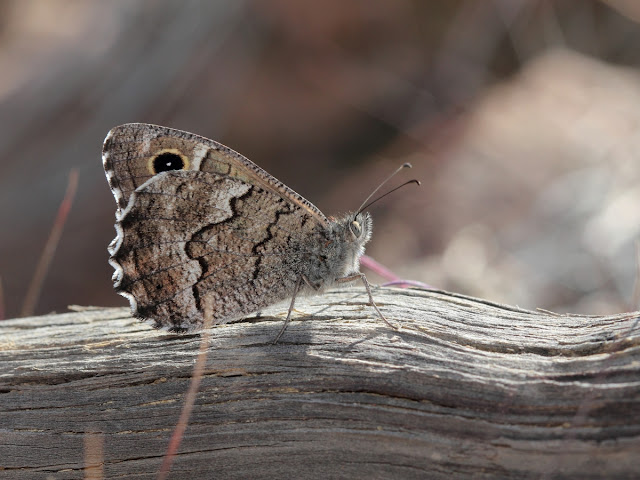 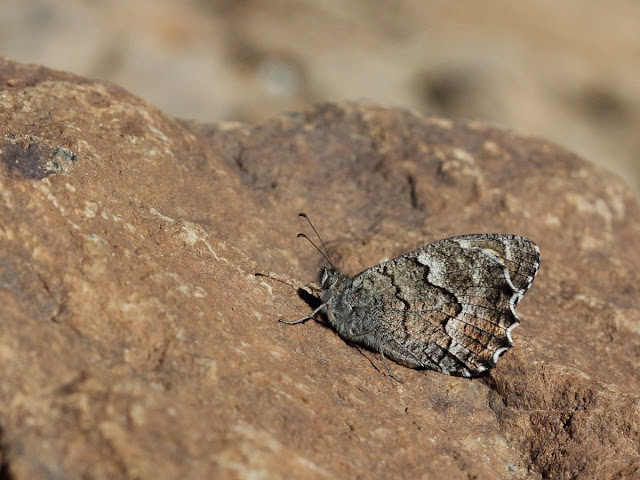 Posted by Pieter Vantieghem at 17:25