Romania - Eastern Transylvania & the foothills of the eastern Carpathians

After visiting Dobrogea we headed back NW to visit some grassland habitats at the foothills of the Eastern Carpathians (800-1000m). Along the way we stopped here & there to have a quick scan of the butterfly fauna. 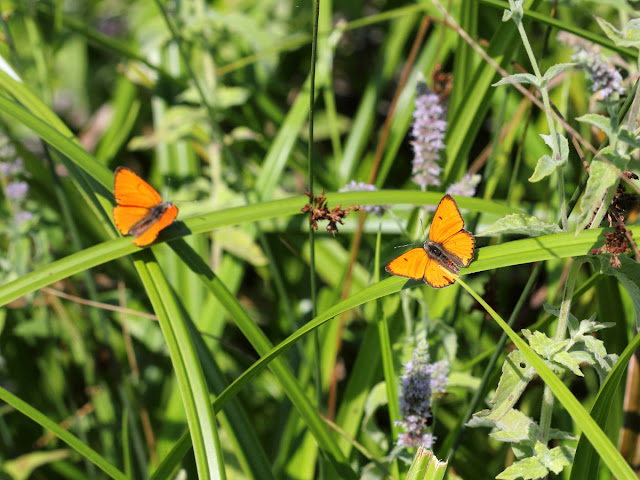 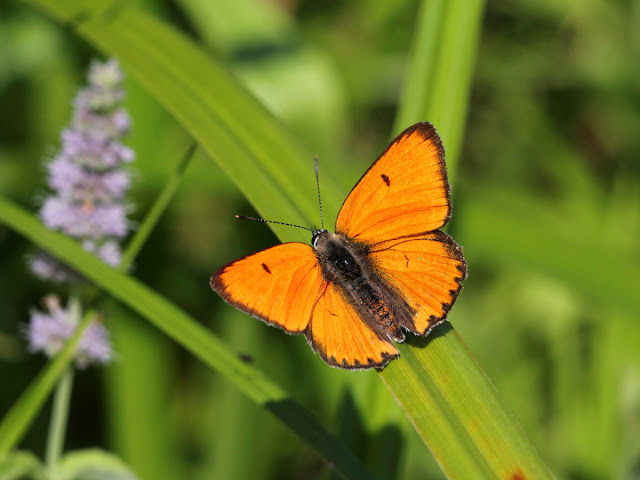 Lycaena dispar, males
In a lower valley (250m) still on the east side of the Carpathians. 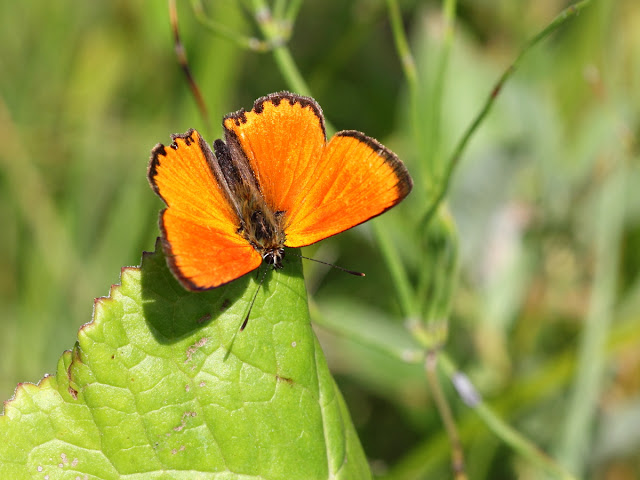 Lycaena virgaureae, male
Higher up in the Carpathians (950m) this fiery beauty flew around. 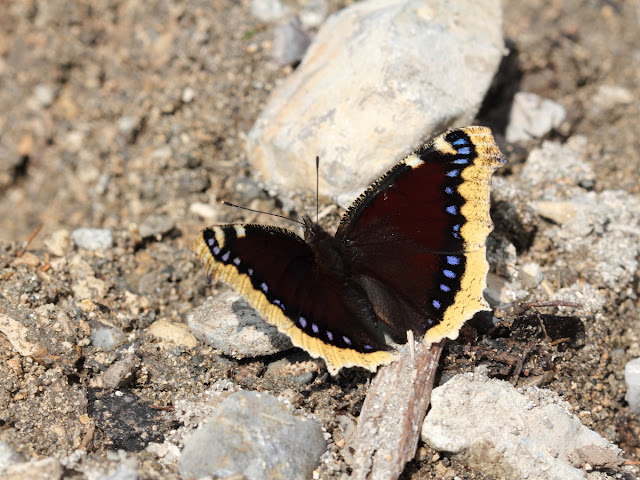 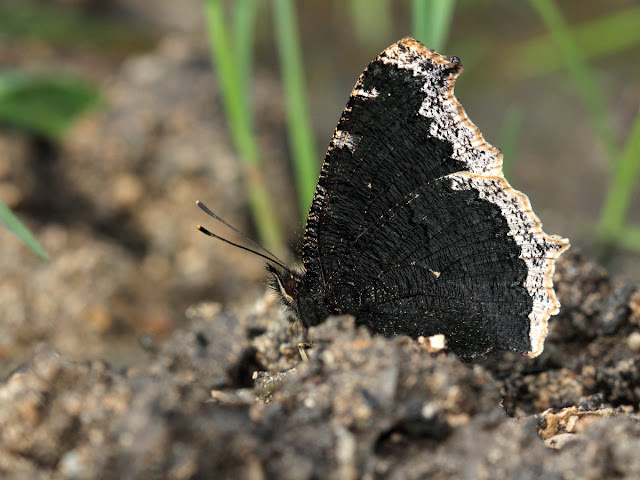 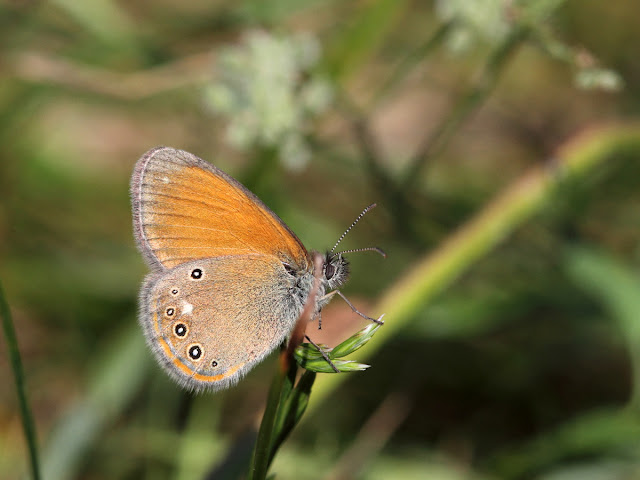 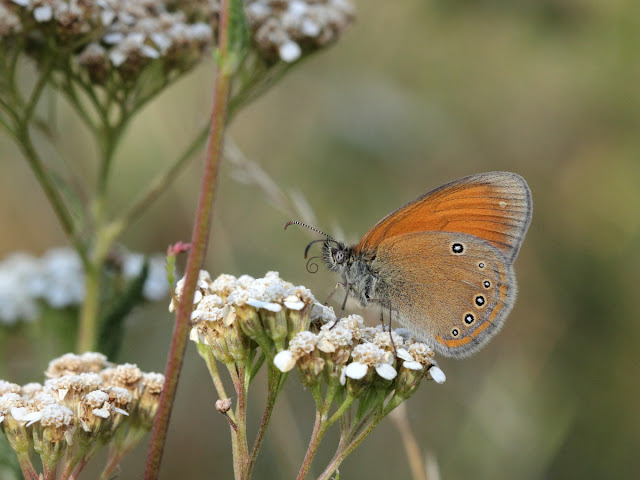 Coenonympha glycerion
On lower grasslands, E of the Carpathians and in central Transylvania. All relatively fresh, I don't know if these are belated ones (as in the W part of its distribution this species flies in June - early July) or if this species has a second generation here. 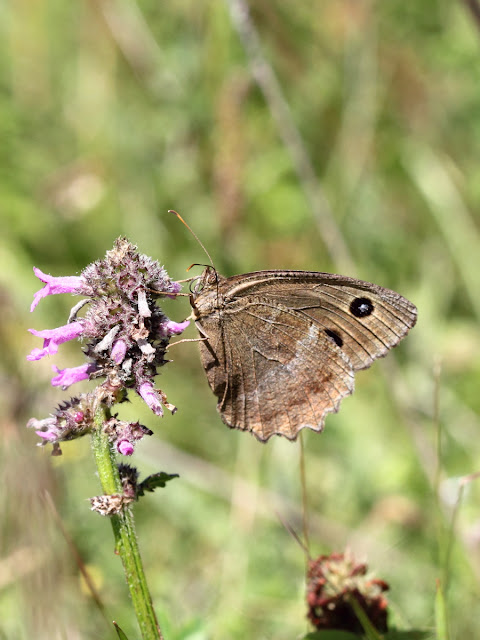 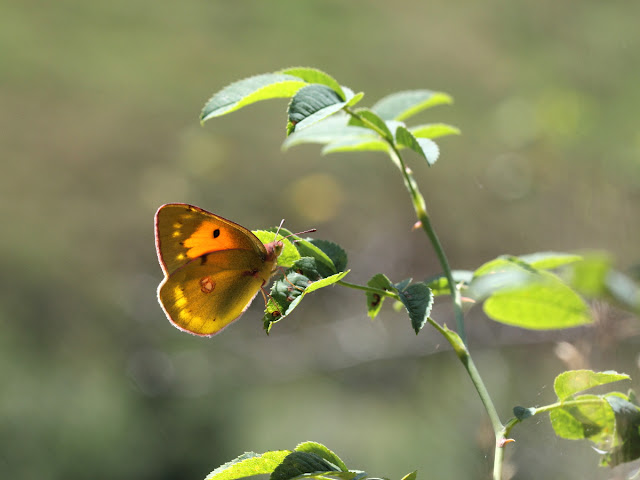 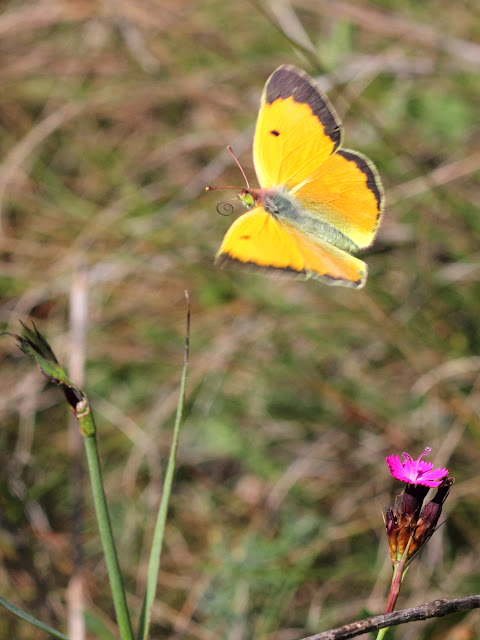 Colias myrmidone, male in flight showing the absence of pale veins in the dark band on the frontwing and showing the very slender dark band on the hindwing. The colour on the upperside is much brighter than in C. croceus giving it an almost fluorescent appearance in the field. 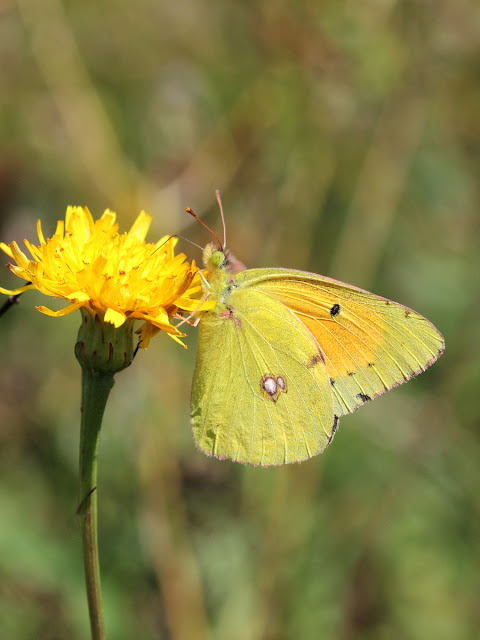 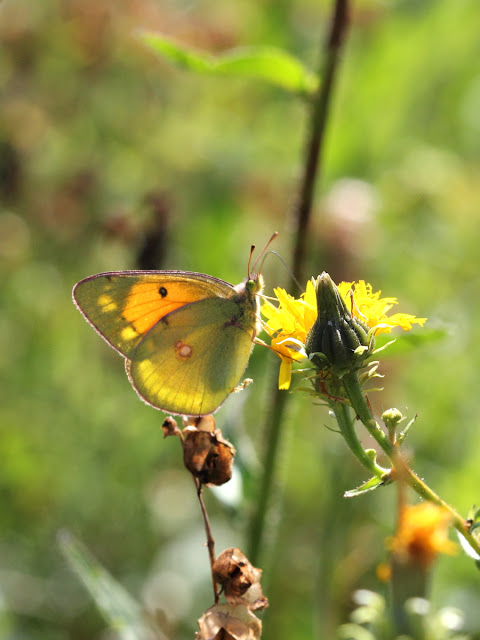 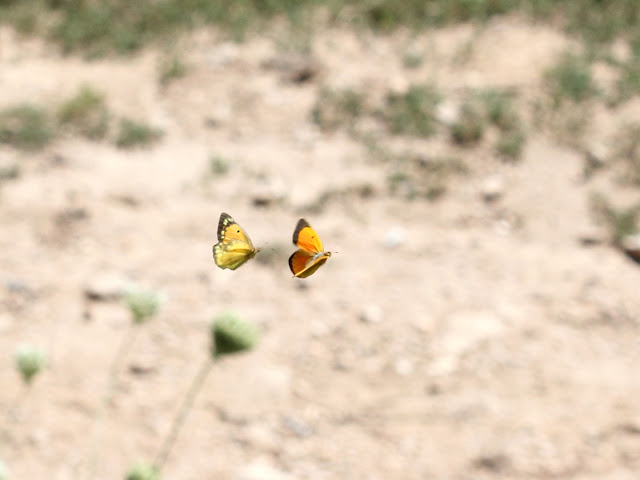 Colias myrmidone, female (L) & male (R) in flight.
The large pale spots in the marginal band of the female are obvious and the male is showing absence of pale veins, slender black edging to hindwing with the impression of pale spots on the innerside of the black edging and fluorescent orange ground color.

My number one target for this trip was to see Colias myrmidone. This species has got a tremendous backfall during the last decades. Until the late nineties the distribution reached into the eastern part of Germany, the last observation there however was made in 2000. The species has disapeared as well out of Czech Republic, Austria, Slovenia, Hungary and probably Bulgaria. The situation in Slowakia is unclear to me, could still be there but I have not seen any recent information. Also in Poland the situation is unclear, possibly still present in the east of the country. Romania seems to be the stronghold for the species in the EU and because of the big decrease in such a short period the species is listed as "Critically Endangered" on the EU27 red list. The reasons for the decrease are still a bit unclear but most probably changes in land management have a big hand in this. The species is dependent on thriving growth of the larval foodplant Chamaecytisus ratisbonensis and this plant grows mainly on grasslands on a specific point in succession in the beginning of afforestation. Intensification under the form of large scale mowing has a negative effect on the foodplant growth and abandonement leads to too much afforestation making other plants overgrowing the larval foodplant. Traditional mowing practices leaving parts of grasslands unmowed and extensive grazing practices are still common in some parts of Romania giving chances to C. myrmidone. And with the large decrease of the species in Europe some of the Romanian grasslands are now protected areas so lets hope this is enough to stop the further decrease of the species. 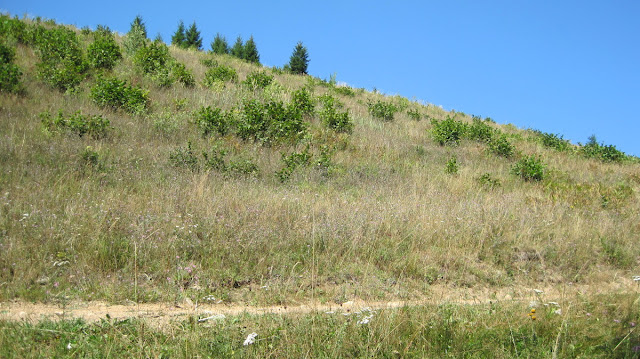 Habitat at the foothills of the Eastern Carpathians (900-1000m)

Posted by Pieter Vantieghem at 20:24