The region between Sibiu & Sighisoara holds a series of north-south directed valleys in a hilly landscape with extensive grasslands in the lower parts of the valleys and forests on the hilltops. We visited 2 of those valleys, one near Biertan and one just SW of Sighisoara. 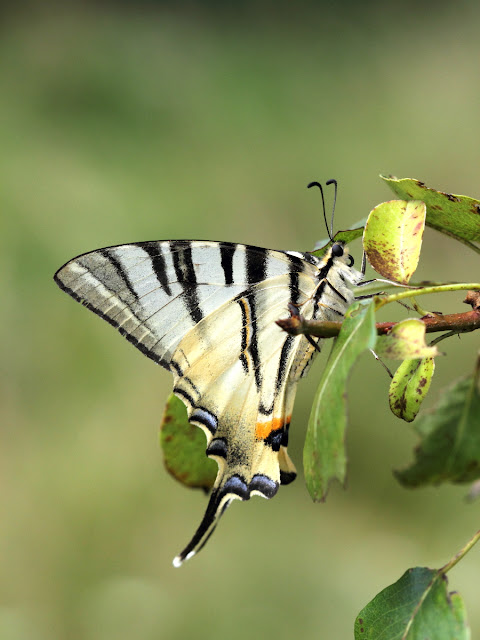 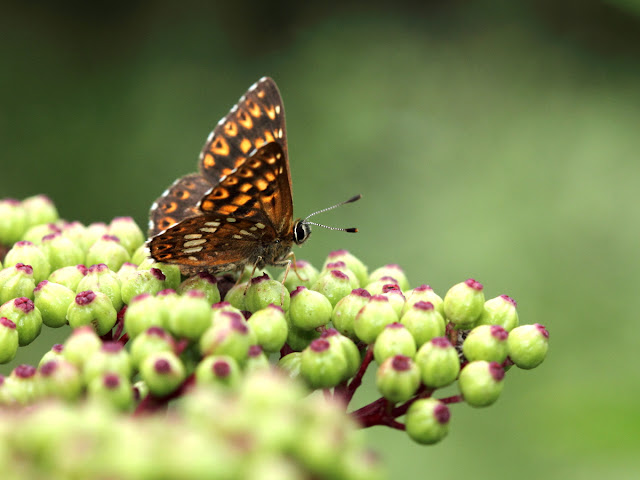 Hamearis lucina, having a second generation in central Europe, unlike in western Europe where this is mainly a spring species. 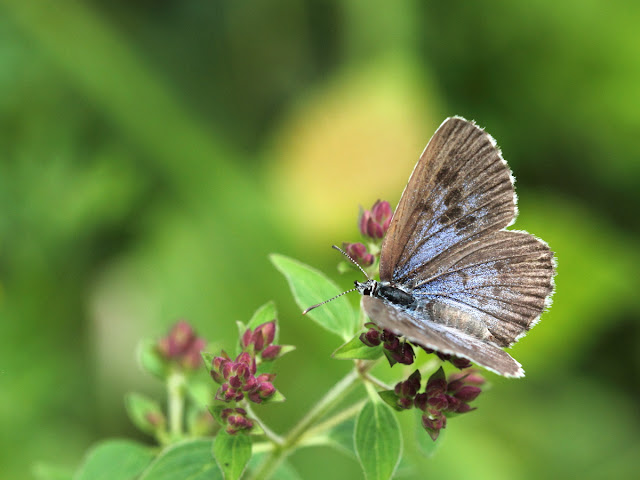 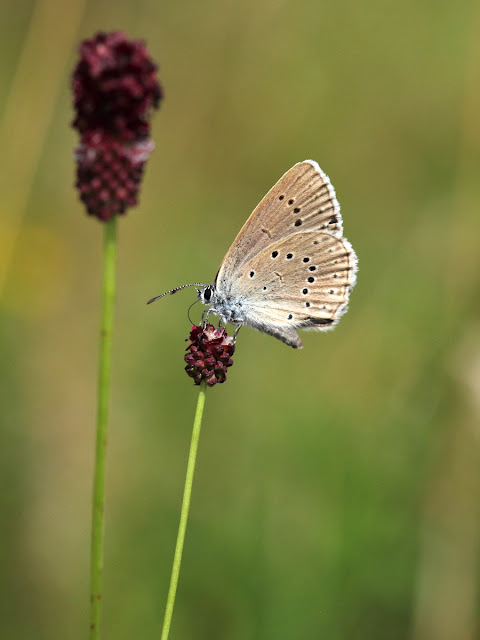 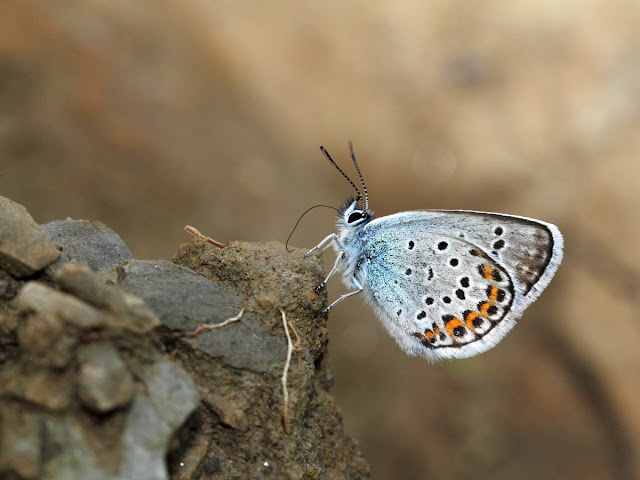 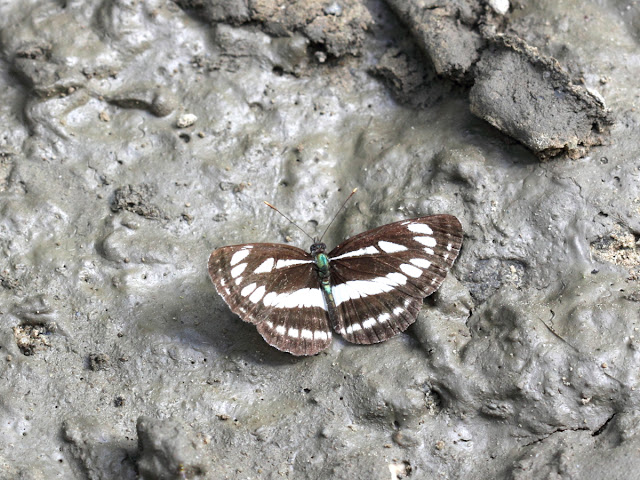 Neptis sappho, much more common than Neptis rivularis (see previous post) but this species has 2 generations while N. rivularis only has one. During our trip we were probably largely too late for N. rivularis, except for the ones flying at higher elevations. 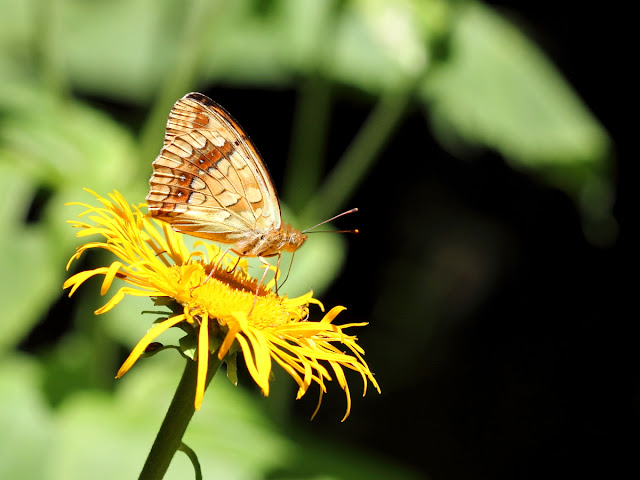 Argynnis adippe, a nice variation of the cleodoxa colour morph with the submarginal band accentuated. 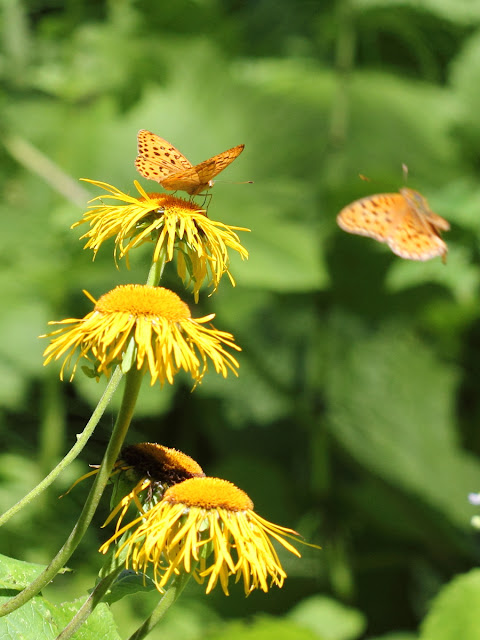 Star of this part is Argynnis laodice, photography wasn't easy however as the favorite way to spend  time of these Argynnis species is to attack any other Argynnis (here A. laodice is attacked by A. adippe). So when you saw one landing on these big Telekia flowers mostly you had some 10 seconds before it was chased away... and A. laodice was outnumbered by A. paphia & A. adippe. 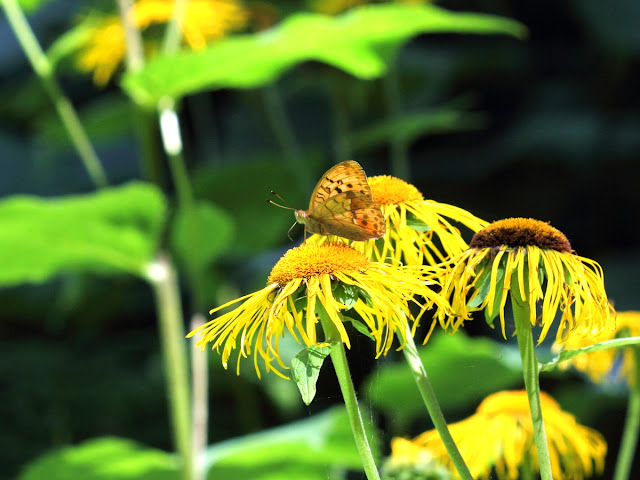 Southern Carpathians
We visited two of the several southern Carpathian mountain chains. In the Făgăraş Mountains I searched for butterflies on the southern slopes between 1550m & 1950m. In Bucegi Mountains between 1400m & 2000m. Unlike the Alps the Carpathians are rather poor in butterlfy diversity and on a day high up in the mountains it was not rare to come back with a species list of only 10-15 butterfly species. 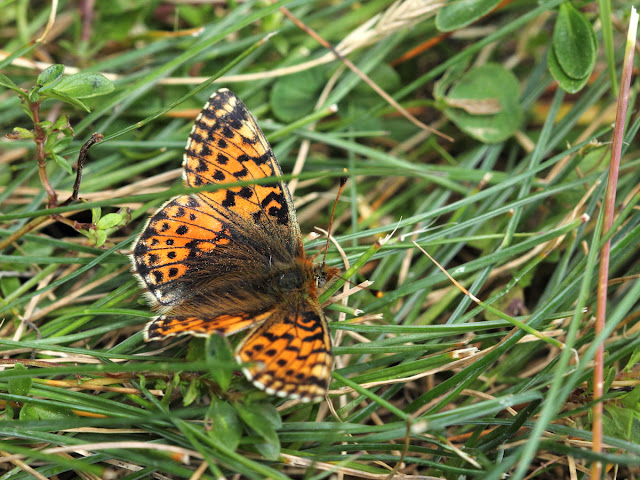 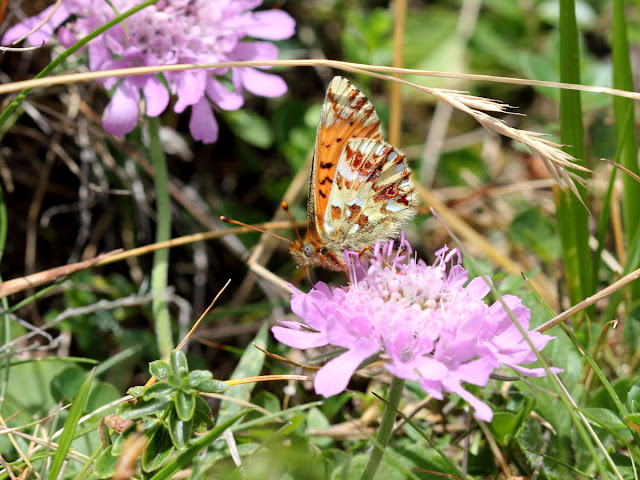 Boloria pales carpathomeridionalis, the most fun about this subspecies is that Boloria napaea is absent in the Carpathians so there is no determination issue. Several seen in Bucegi mountains. 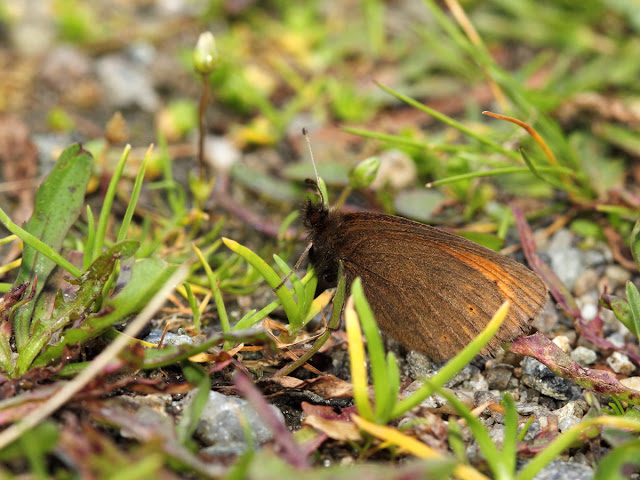 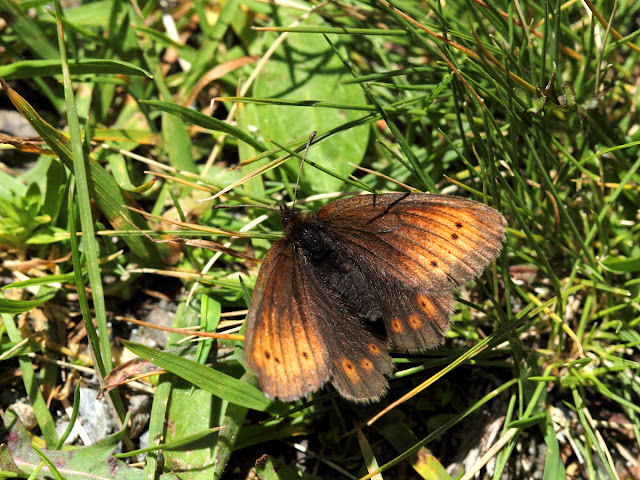 Erebia epiphron transsylvanica, by far the most common butterfly on the grasslands high in the Carpathians, both in the Făgăraş Mountains as in the Bucegi Mountains. 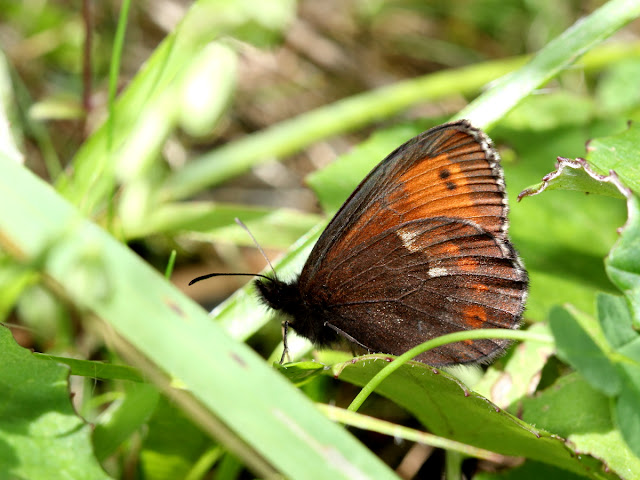 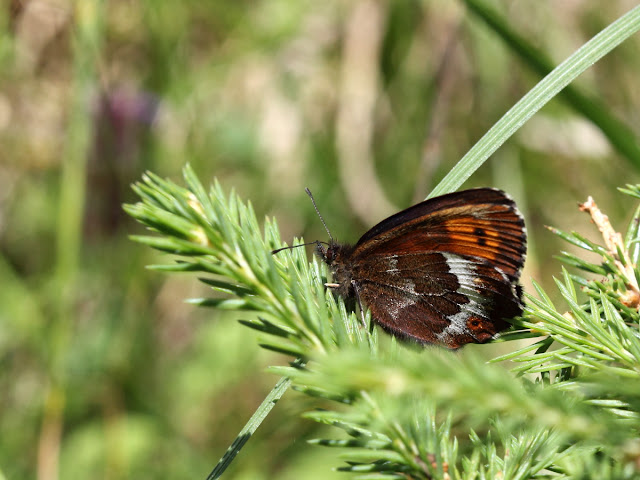 Erebia euryale syrmia. Commonly present on grasslands near the pine forest zone. The look-a-like Erebia ligea was present at a lot of locations as well but mostly a bit lower, on open places in the forest zone. 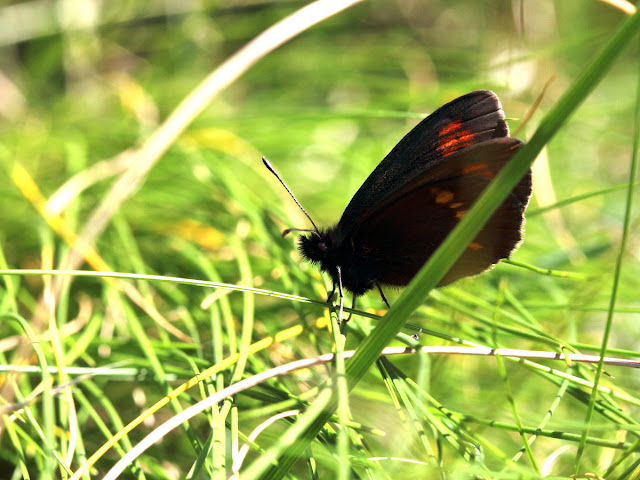 Erebia manto trajanus, only one very fresh male seen at the Făgăraş Mountains, suggesting that due to the harsh Eastern European winter the flight period of this species had only just begun at the end of july (30/07/2017). Unfortunately this male wasn't very happy with me trying to get it on camera, flying uphill very fast after this one record shot... 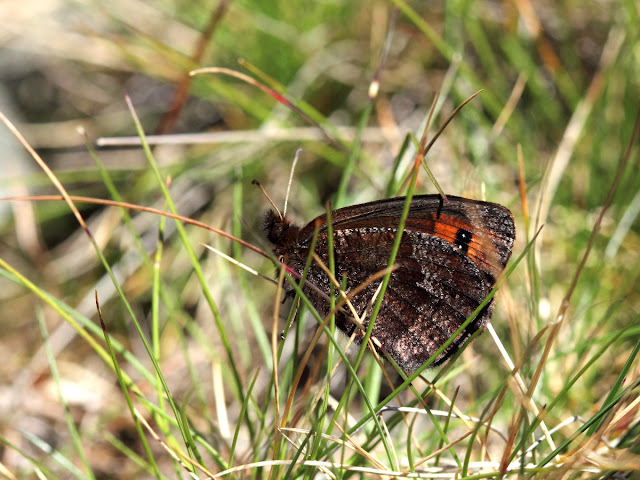 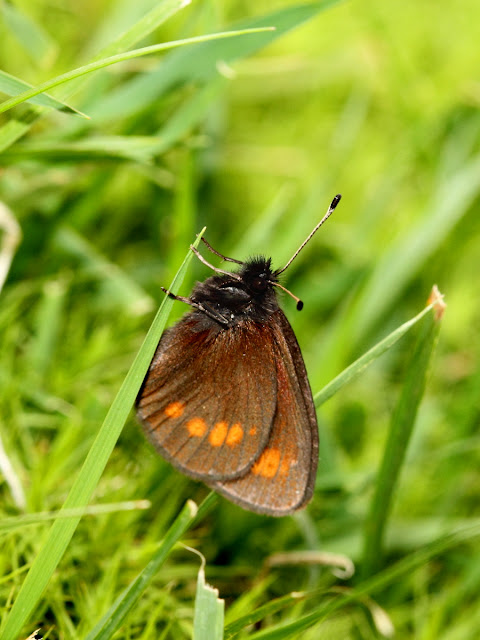 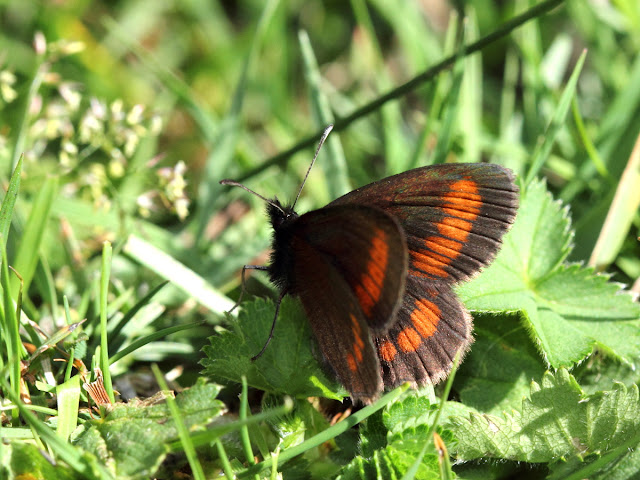 Erebia sudetica radnaensis at the Făgăraş Mountains. This subspecies has only very faint eyespots on the upperside, they just fall in the folds of the veins so almost seem absent. The same remark as with Erebia manto, only one fresh male seen so probably only the very beginning of the flight period. More information on this species in Romania can be found here.

From the mountains to the plains and marshes in the next episode!
Posted by Pieter Vantieghem at 22:36