Last week I spent some time in Southern France. Unfortunately weather wasn't very favorable for butterfly watching so I had to cancel some of my plans due to predicted torrential rainfall. I have missed out on some targets because of that but still have enough to share.

Two of my primary targets were the two festoon species present in S France. I had seen Zerynthia polyxena sensu lato a few years earlier in Sicily but recently it became clear that the populations in Italy south of the river Po are different enough - genetically as well as in the male genitalia - to be threated as a seperate species, Zerynthia cassandra (see this article and see here for pictures).
So it was time to see Z. polyxena ss. and I was lucky enough to find some individuals in the low plains of the Camargue. Second picture shows the local suspected larval foodplant Aristolochia rotunda. 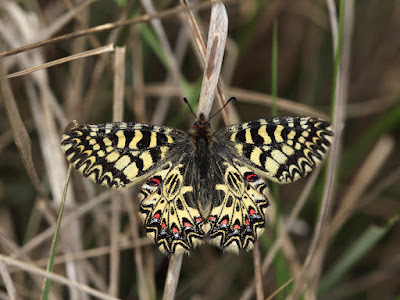 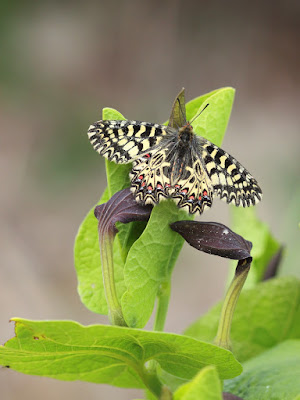 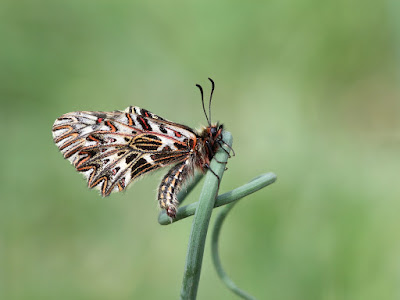 This species seems to favor more hilly and rocky terrain than the previous and I found some individuals N of Perpignan. Its distribution spreads from northern Africa to S France. Last picture again shows the larval foodplant, Aristolochia rotunda. 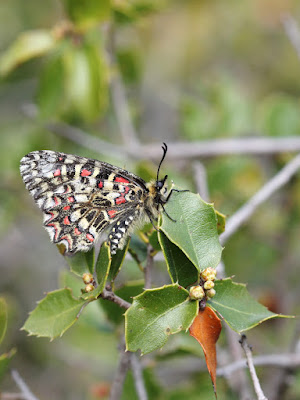 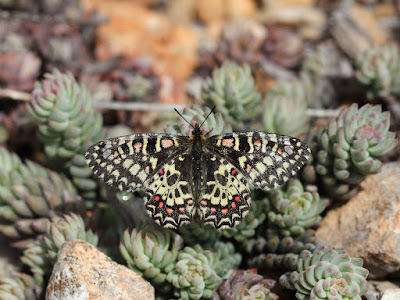 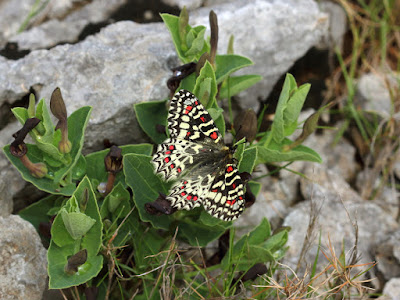 This as well is a species with a distribution from Tuscany and S France to N Africa with some regional variation. This variation has lead to the description of several subspecies, in S France we are talking about the well patterned subspecies bellezina. Unlike its common look-a-like Euchloe crameri it is local and only to be found on calcareous, rocky locations with the larval foodplant Iberis species in abundance. 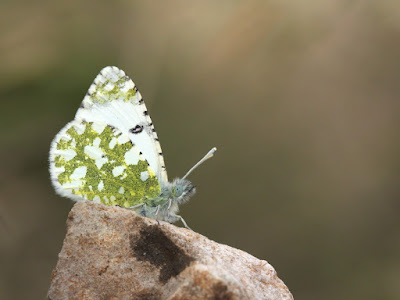 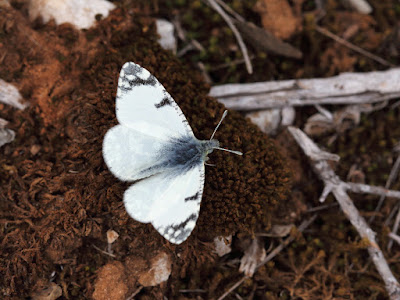 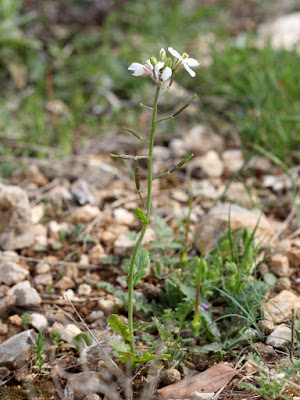 Iberis species observed on this location

Anthocharis euphenoides
I had seen this species before in Spain but was then unable to make pictures of it. Present from Iberia to S Italy. 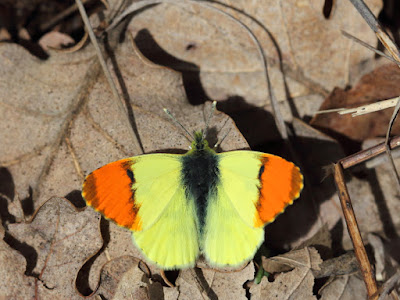 This is another western Mediterranean specialist, local in S France. Although the more common Callophrys rubi can certainly be seen on it the trick to find this species is definetly to search on or nearby the larval foodplant, Arbutus unedo. 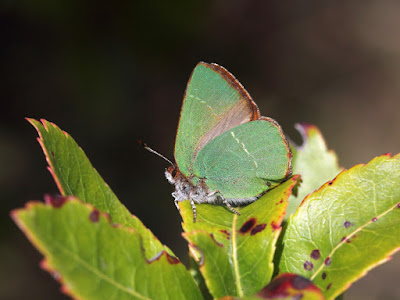 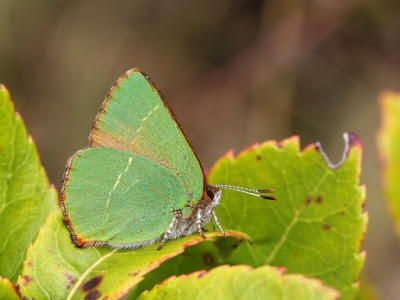 This last picture shows Callophrys rubi on an Arbutus unedo plant, check however the white
bordering the eyes. This is white in C. rubi but reddish brown in C. avis.

Pseudophilotes baton
This one gets an entry on this page because of these nice individuals from the taxon 'praepanoptes' that form a transition between P. baton & P. panoptes in the Pyrenées Orientales. 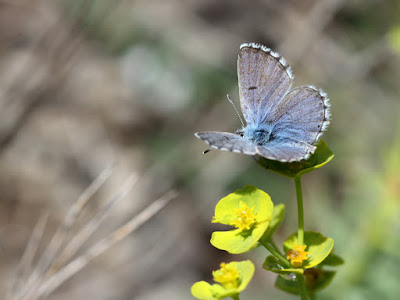 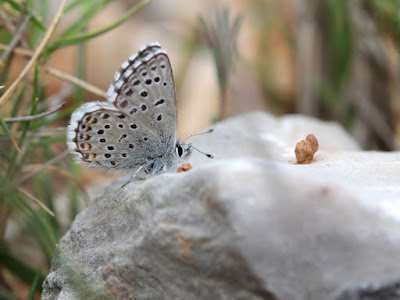 Posted by Pieter Vantieghem at 19:42