Under this species a complex of closely related taxa is parked and some authors even give species rank to some of the described taxa, f.e. ssp. accretus or ssp. trebevicensis. For Spain ssp. centralhispaniae is described. Pictures are from Sierra de la Sagra, both pictures show the same individual. 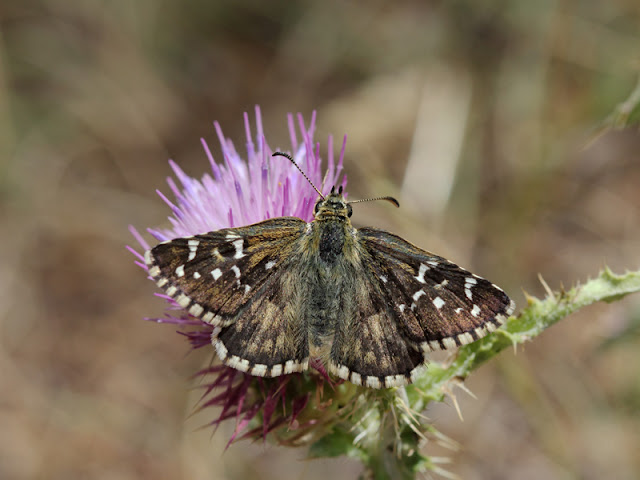 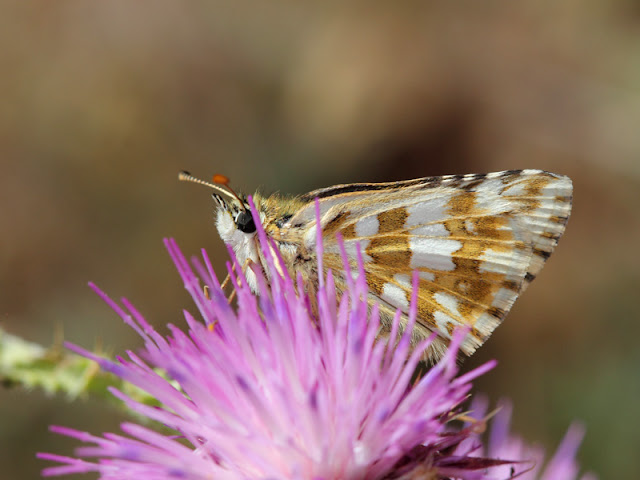 Muschampia proto
This species can be found in the whole Mediterranean area. In southern areas of Spain it is common whenever the larval foodplant Phlomis species is present. Pictures are from Sierra Tejeda. 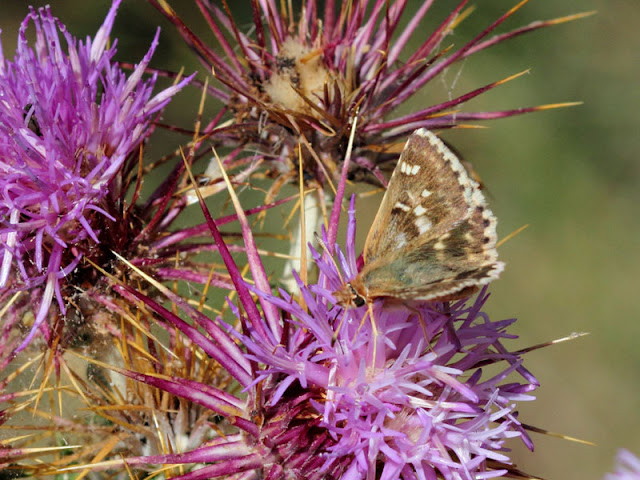 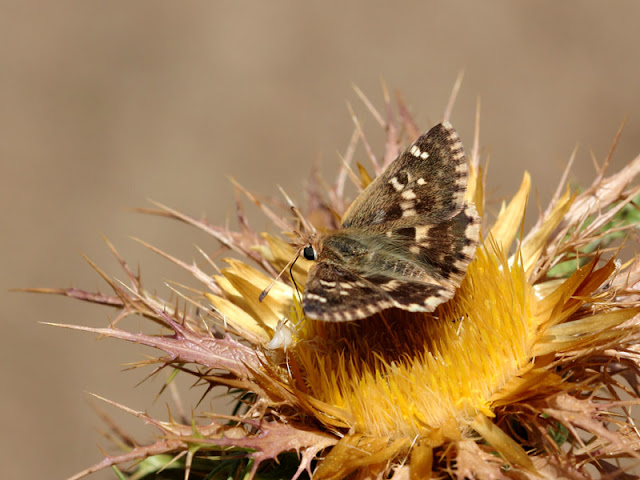 Carcharodus baeticus
A species with a western Mediterranean distribution, to be found near its larval foodplant Marrubium species. Pictures come from the east of the Sierra Nevada and show a territorial mail on a dry foodplant. 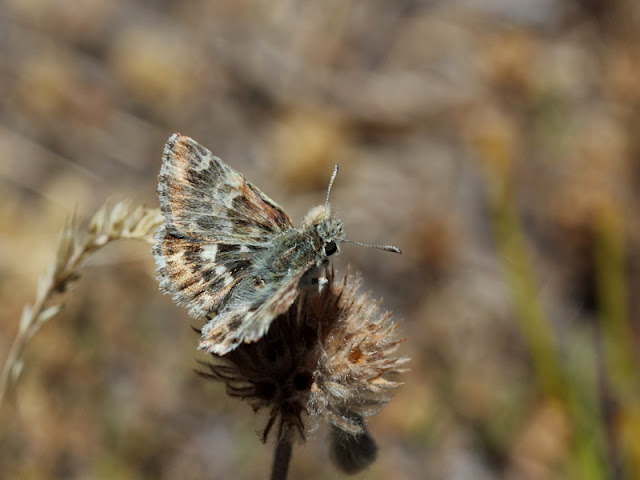 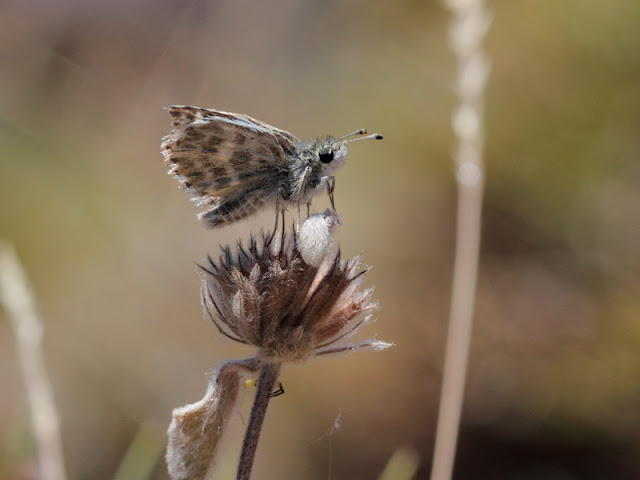 Gegenes nostrodamus
Unlike what some field guides suggest, determination of this species from the related Gegenes pumilio is not straightforward and in many cases is impossible in the field. Research of collected specimens have shown that the latter species however is most probably absent from the Iberian peninsula unlike what some distribution maps in several field guides suggest. 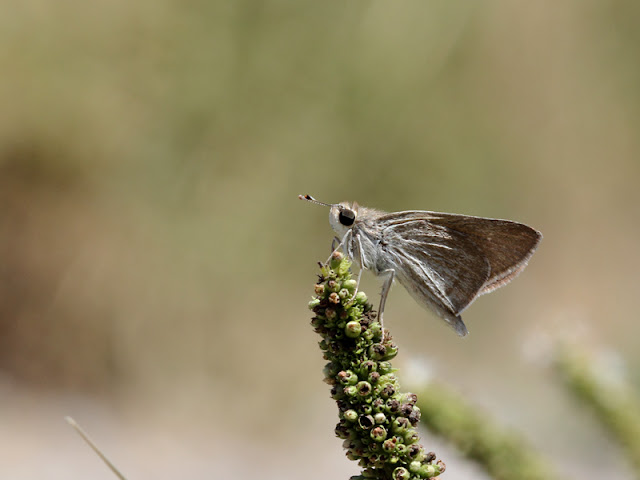 A territorial male from the Alpujarras 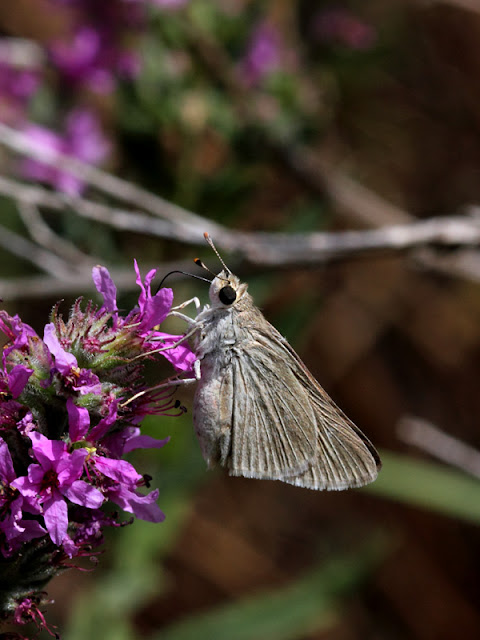 A female in the agricultural landscape NW of Tarifa

Borbo borbonica
Since long it was known that this species, with mainly an African distribution, was present in the very south of the Iberian peninsula. It is however only since recent that more is known about the distribution and phenology of the species in Spain, mainly through the work of Sariot: http://www.biotaxa.org/RGDE/article/viewFile/3530/5249
Midsummer is not the best moment to search for the species, better is to look at the end of summer when the third generation flies. We decided to give it a try anyhow and found a few individuals. The reason why this species could keep itself out of sight of entomologists is probably because the habitat is only rarely visited by entomologists. It is most easily found in agricultural landscape, along artificial water flows where Ecballium species is numerous, this plant is a favorite nectar plant of the local populations of Borbo borbonica. The few individuals we saw where very active and difficult to approach. 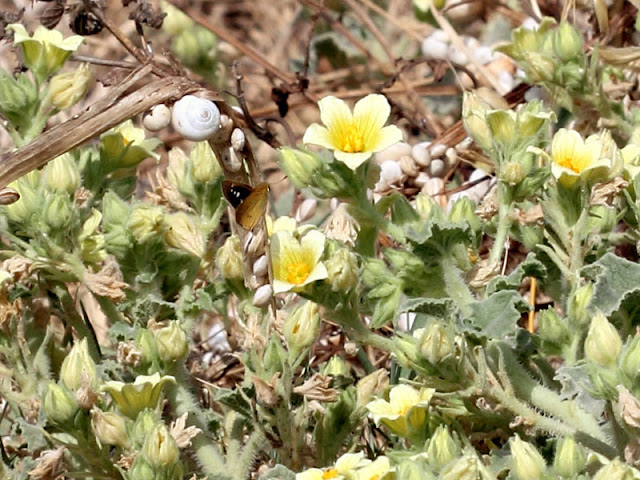 Just flying up and in this way showing a glimpse of the large white spot on the upperside of the frontwing. 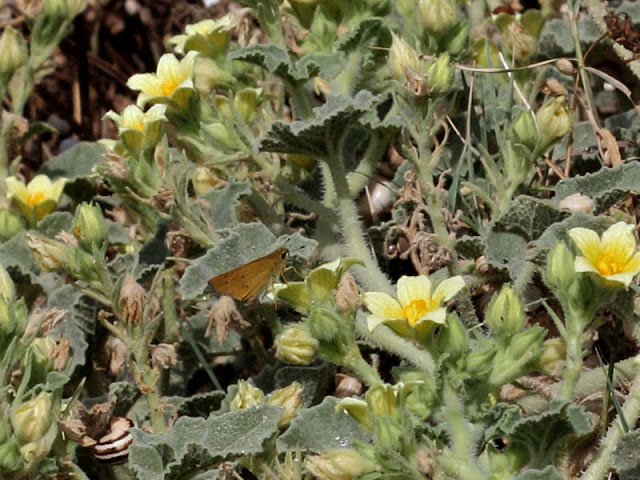 Nectar feeding on an Ecballium species

In the eastern part of the Sierra Nevada, in a small humid valley on 2150m, we saw several Spialia sertorius s.l. on a location with a lot of small Rosa plants. While following an abraded female it immediately was apparent that this female had a particular interest in the small Rosa plants and I could see the female ovipositing on the young leaves of this Rosa plants. I have never seen a species so soon after the species description! 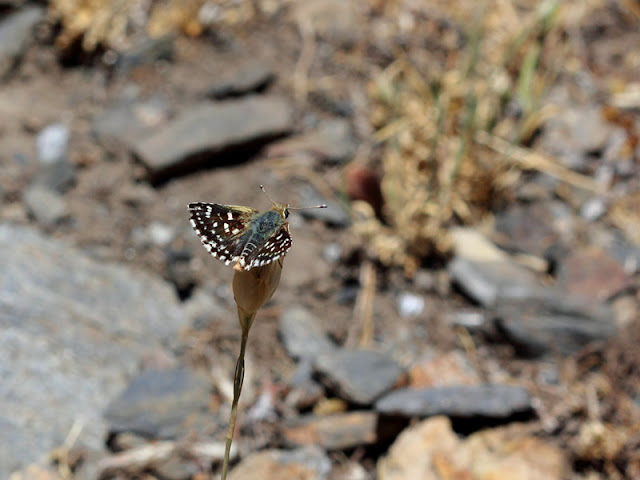 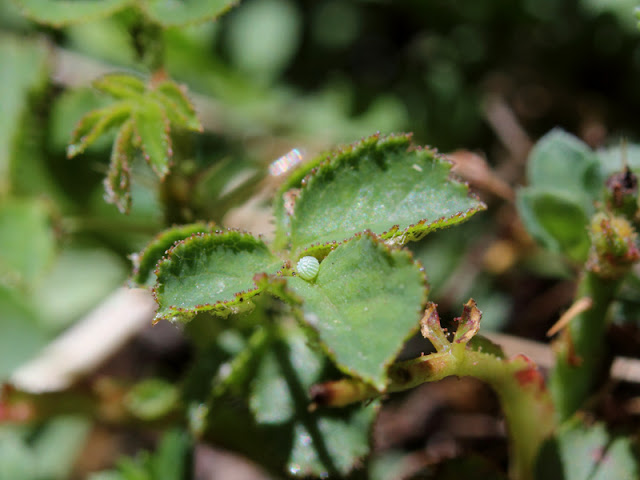 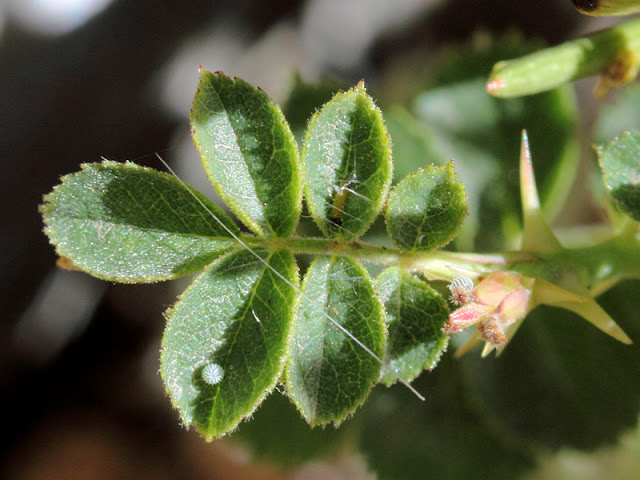 Freshly laid egg (left under), freshly emerged larva (center up, starting to spin its larval nest) and empty egg scale (right middle, at the pinkish base of the branch) of Spialia rosae on Rosa species. 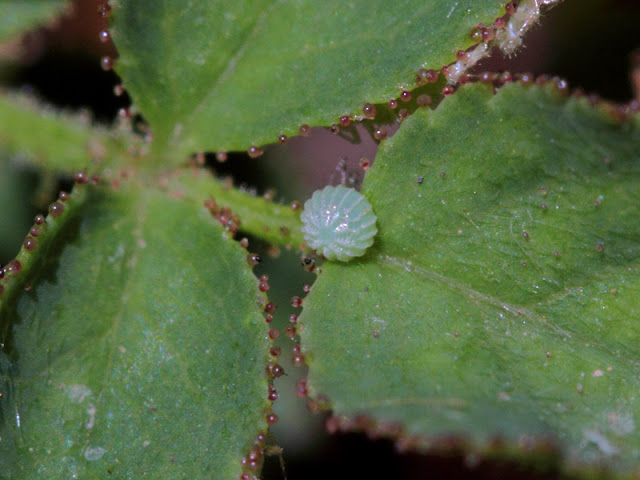 Detail of the egg of Spialia rosae on Rosa species.

Posted by Pieter Vantieghem at 19:24