Argynnis adippe chlorodippe
The Iberian subspecies of Argynnis adippe is with its greenish wash on the underside very different of the nominate subspecies that is present in a large part of Europe. Here in Sierra de la Sagra but can be found in large parts of Iberia. 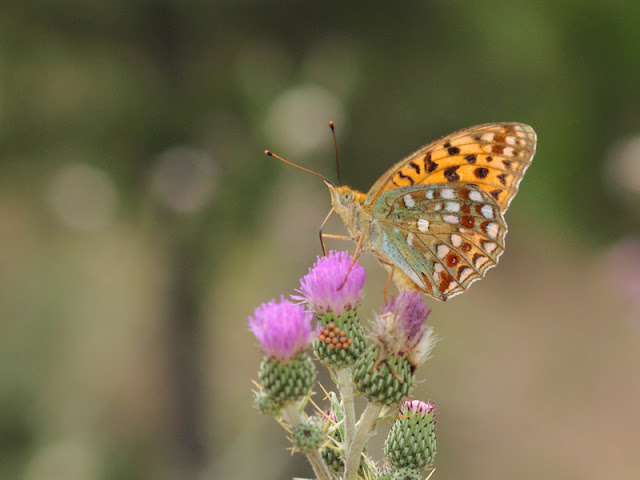 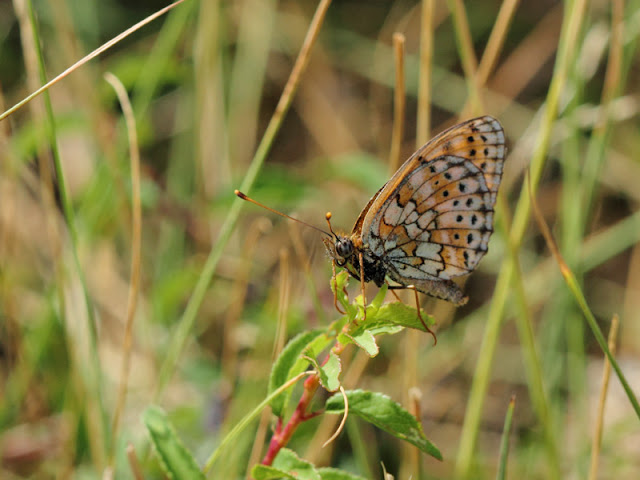 Euphydryas desfontainii/aurinia beckeri
In Serrania de Cuenca we found a nest of young caterpillars of an Euphydryas species. Help in determination is welcome. Larval foodplant is most probably Cephalaria leucantha (but I am no botanist). 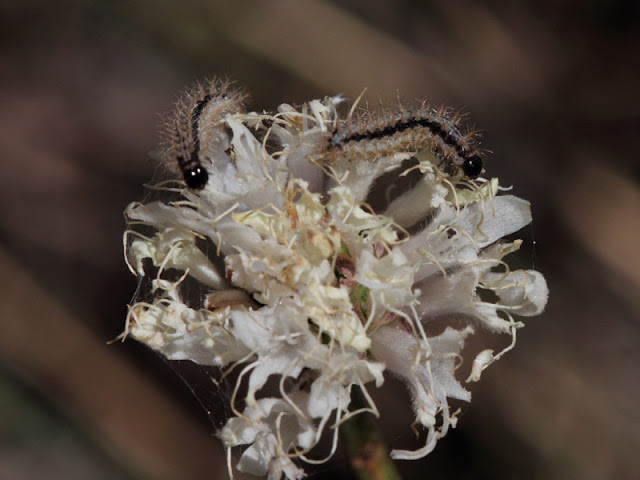 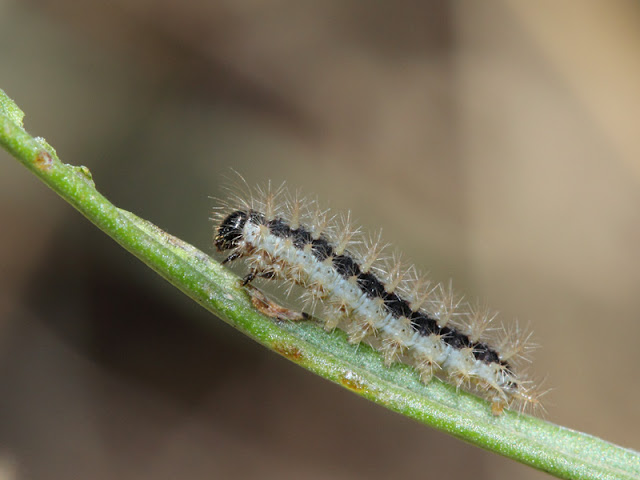 Danaus plexippus
This species is mainly known from its nearctic distribution and its migratory behavior but since some time it has some sedentary populations in the southern coastal areas of the Iberian peninsula. 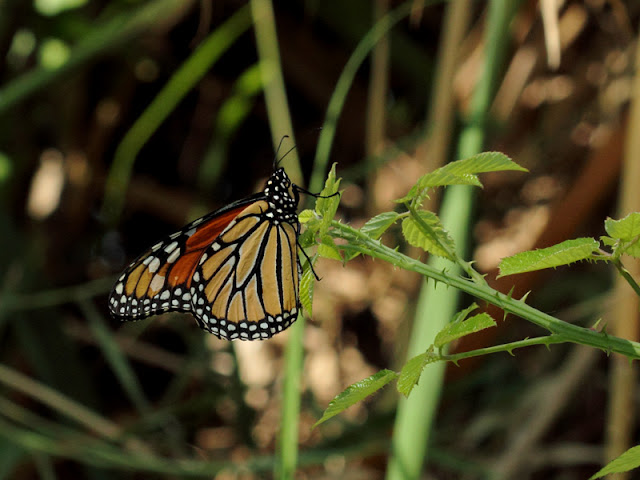 Pyronia cecilia
Relatively common in the southwest of Europe 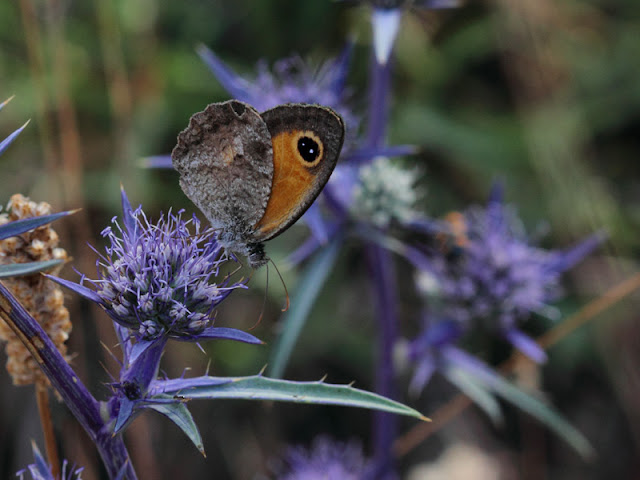 Arethusana arethusa
We only saw the nominate in central Spain, need to go back to Andalucia late summer once to see the subspecies boabdil, sometimes considered a species on its own. 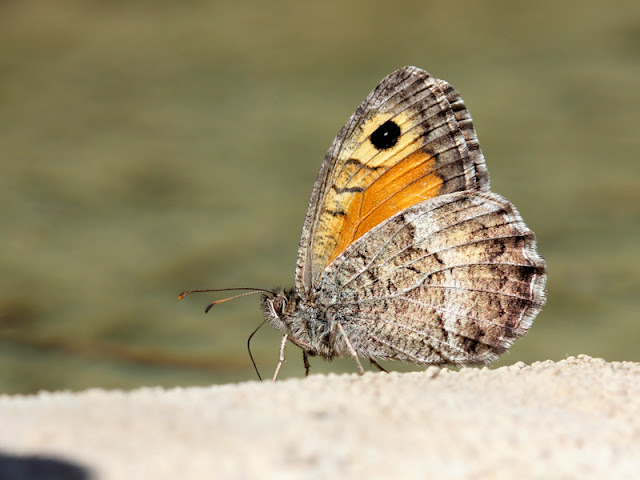 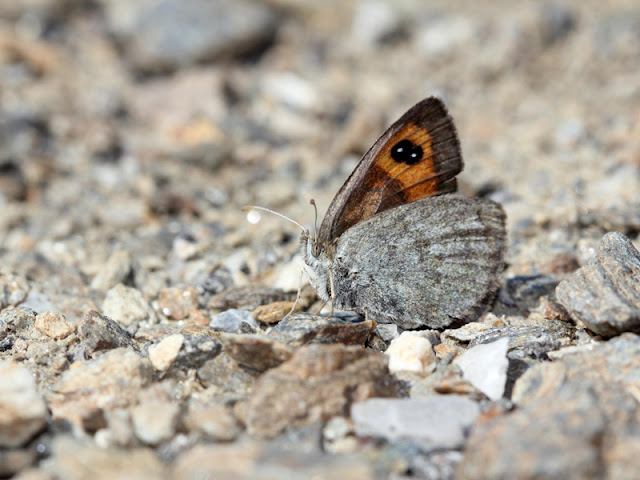 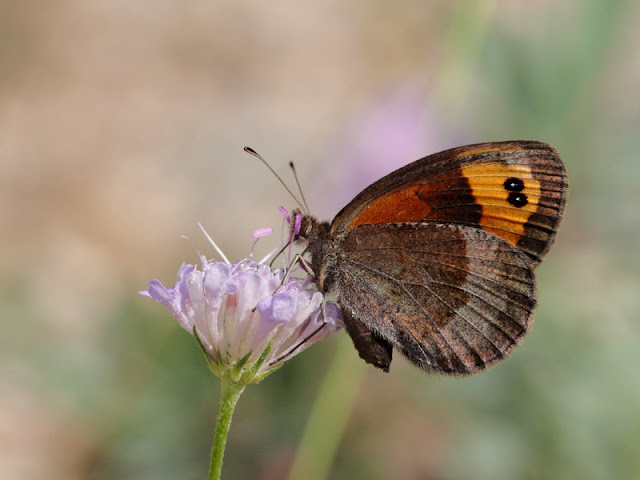 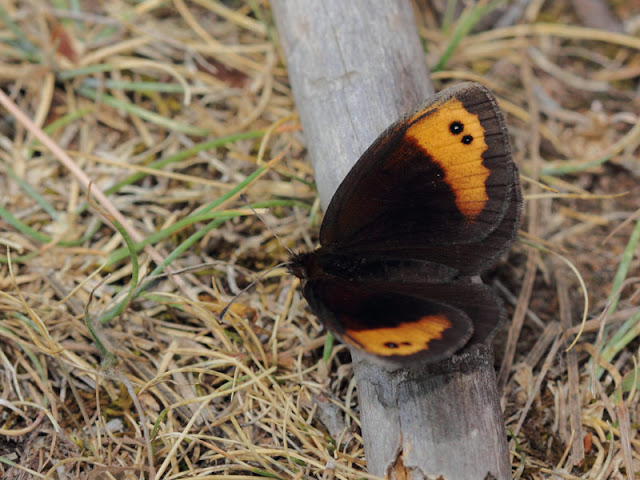 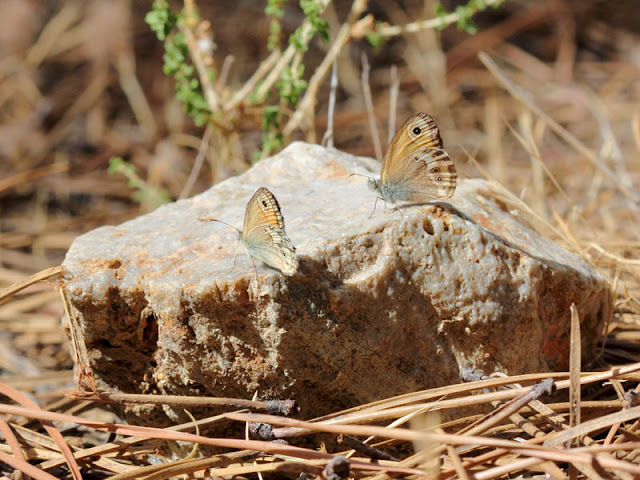 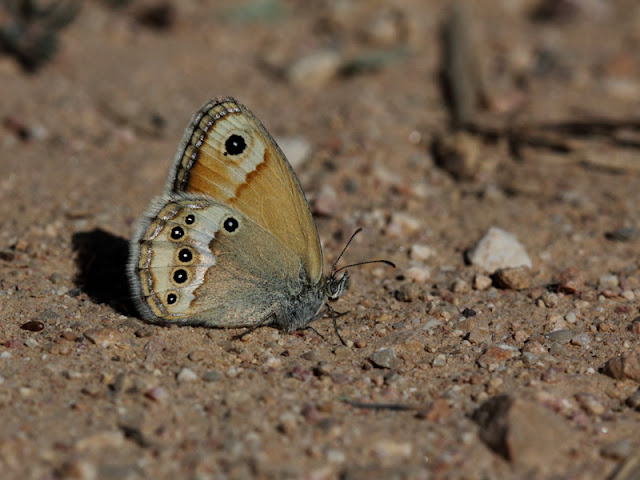 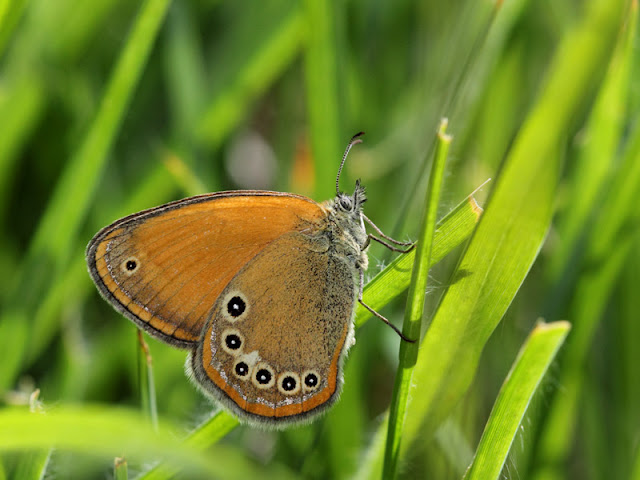 Coenonympha pamphilus lyllus
In most field guides lyllus is described as the southern summer form of Coenympha pamphilus, some literature however considers this as a species on its own. I am still interested if someone would have a digital copy of following article:
BOILLAT, H., 2003. Coenonympha lyllus Esper, 1805, spec. rev. une nouvelle approche taxinomique du complexe pamphilus. - Alexanor 22:243-309
The picture shows a female from Serrania de Cuenca. 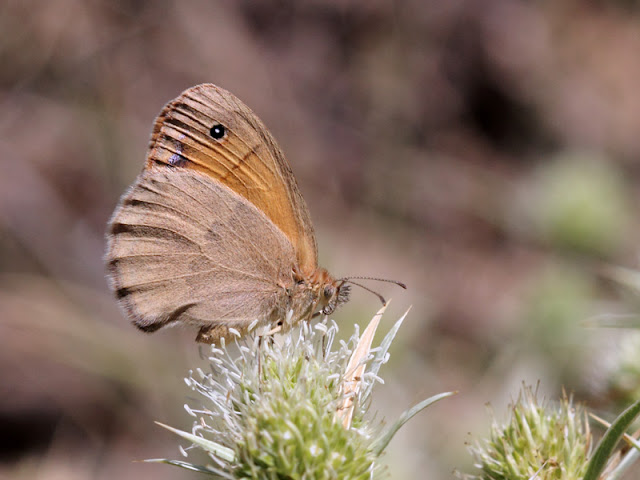 Hipparchia statilinus
In the Mediterranean area this is a common species, in northern Europe however this species is threatened. Picture from the Sierra Tejeda. 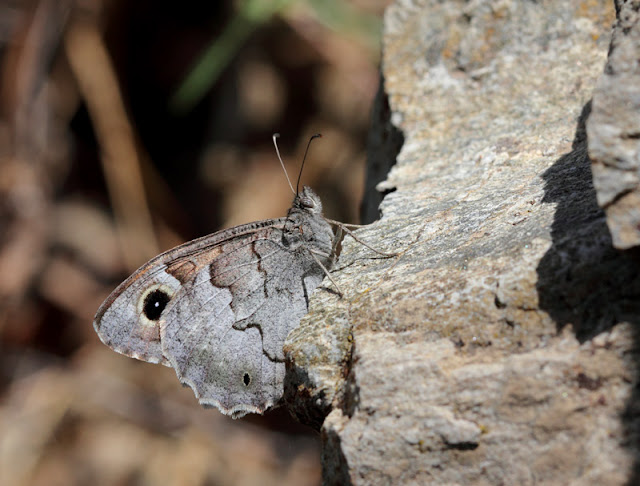 Hipparchia fidia
An endemic of the western Mediterranean. Picture from the Sierra Tejeda. 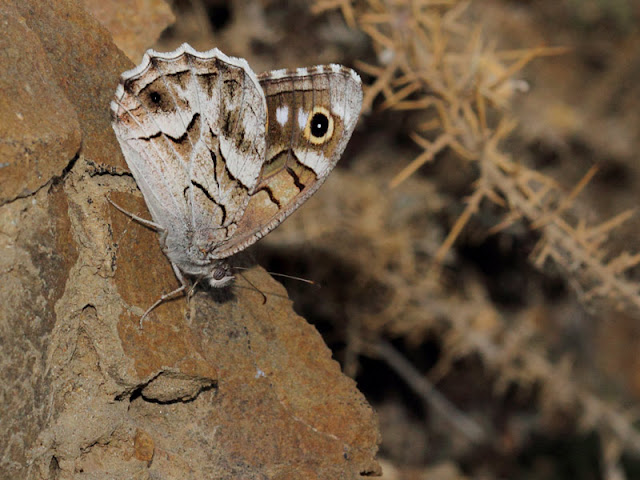 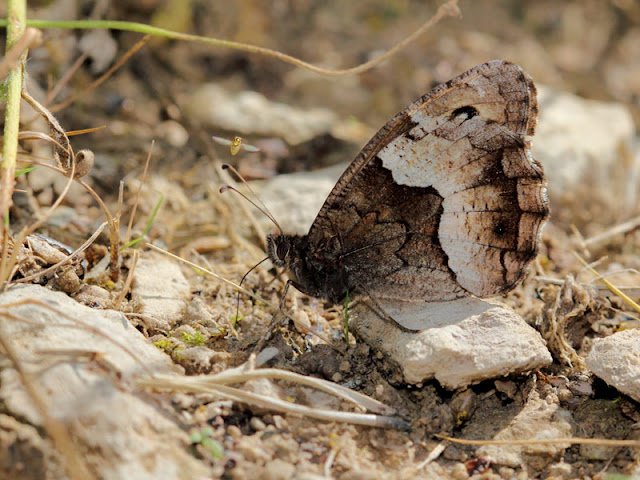 Melanargia russiae
A species with a sporadic distribution over southern Europe. 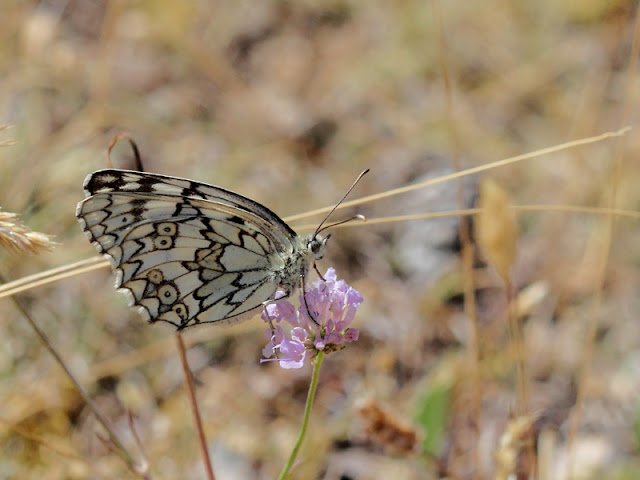 Pseudochazara (hippolyte) williamsi
The nominate is a species from central Asia distributed from the south of the Ural to Mongolia. The taxon williamsi is restricted to some mountain regions in Andalucia. It is sometimes considered as a species on its own. Pictures are from the east of the Sierra Nevada between 2200-2400m 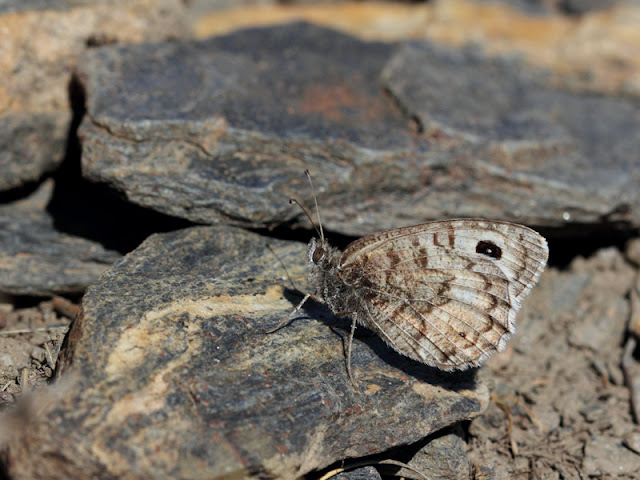 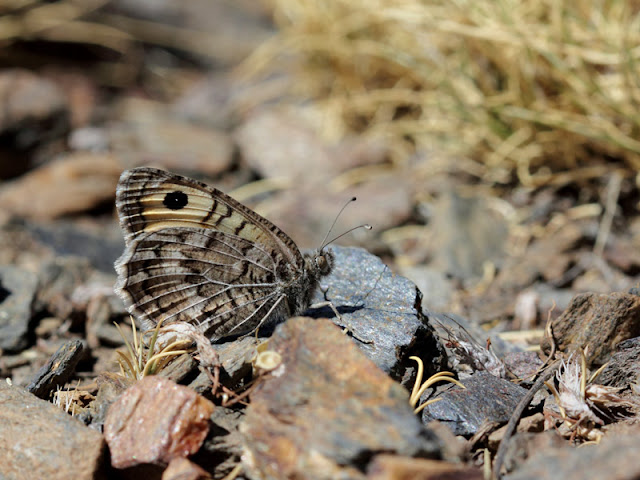 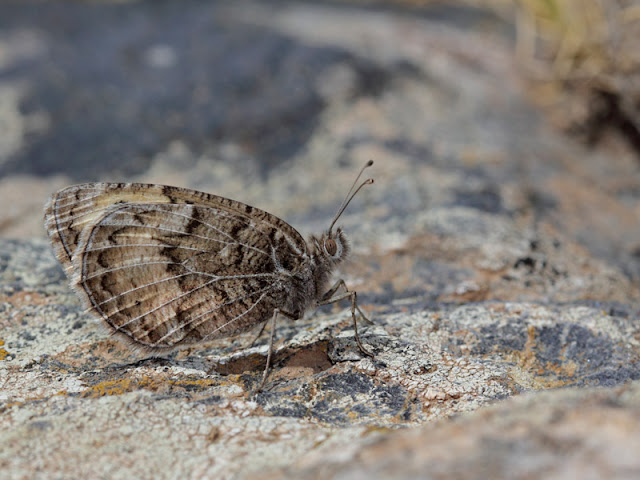 Posted by Pieter Vantieghem at 22:34