In the start of my trip, before I got to the Vaucluse, I passed at a low valley at the northern side of the Alps where Coenonympha oedippus still has some populations. This is a species of wet hay fields and marshes and because of agricultural intensification since WWII it has lost lots of its former distribution. In France it has still some populations in the west near the Atlantic coast but also in some valleys at the N edge of the Alps. When I was there butterflies were already a bit abraded with a lot of females on the wing so over the peak of the flight period. The location was very wet (two of the paths I selected beforehand on google earth had some 30cm of water on them...) and I had to search for a way to get in the right habitat but after some time I was able to get to a nice location where I easily found some 20 butterflies. This species is considered as endangered (EN) on the IUCN red list and is listed on the Habitats Directive Annexes 2 and 4 and Bern Convention Annex 2. 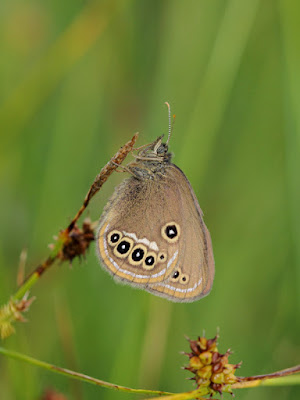 
From the Alpine butterflies a few I still hadn't seen after several trips to the Alps. Two of them especially attracted my interest. Two species that fly a bit lower and/or have the peak in their flight period a bit earlier. So when returning from Corsica I wanted to focus on those two species.
First I went to the region of Col d'Allos to search for Euchloe simplonia. I easily found several individuals and could get nice pics of one of them. 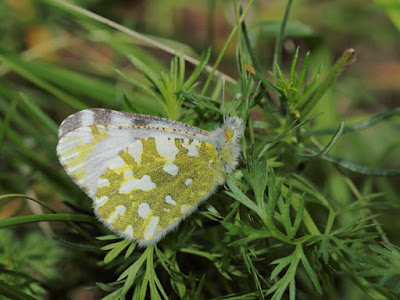 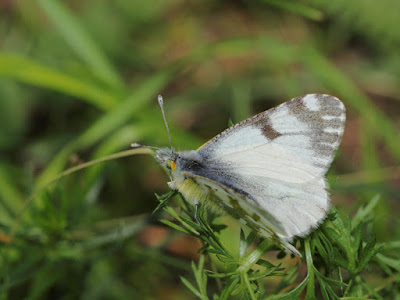 At the same location I saw some other nice species: 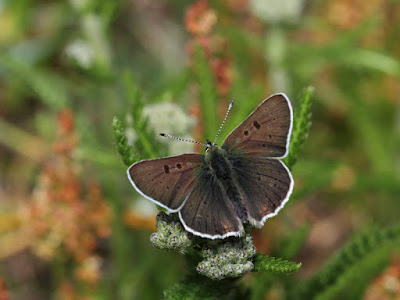 Lycaena tityrus, male of the alpine form subalpinus lacking orange tones on the upperside, compare with the Belgian lowland males on one of my previous blogposts 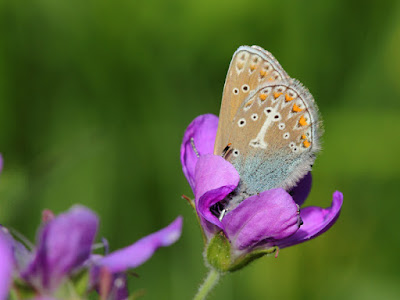 Aricia eumedon playing hide-and-seek on a flower of its larval foodplant, Geranium species 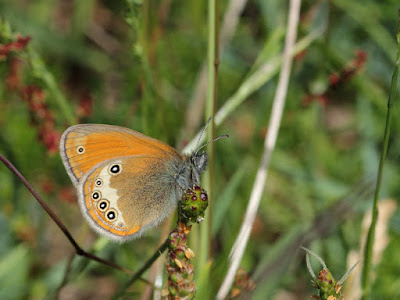 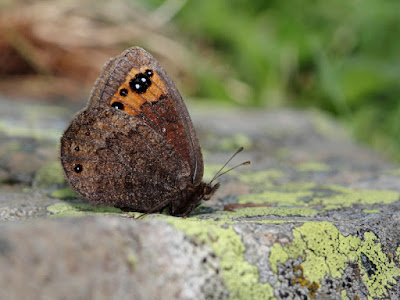 Erebia triaria, the first time I saw this species was at the Col d'Allos as well but then it was an abraded individual early august and at 2400m and this for an early species mostly to be found between 400-2200m! When I saw it early august it was however in 2013, a year with spring everywhere in Europe starting very late what probably caused that individual to be still on the wing that late. So I was happy to see the species again, a bit fresher and more in its normal flight period. 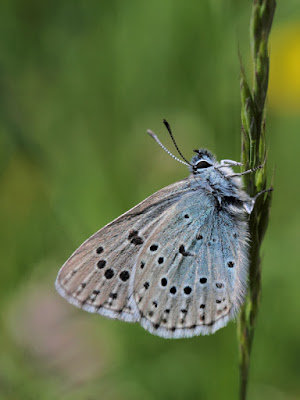 The second species I wanted to see was Euphydryas intermedia. Although I had some exact GPS-locations from the data portal observation.org I decided to search in another valley, mentioned in the earlier mentioned ecological guide of Lafranchis, the Névache valley. And with succes! I found several individuals, some already abraded so probably already on the wing for some time. 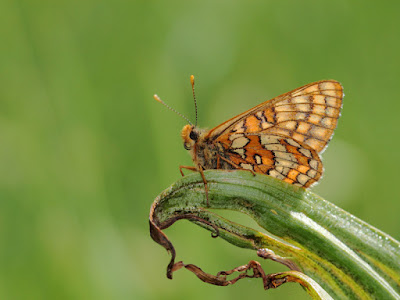 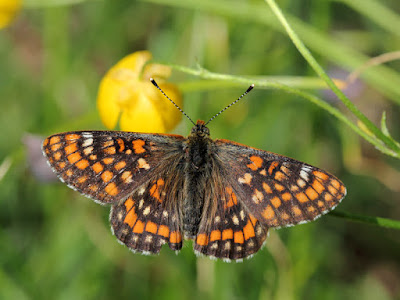 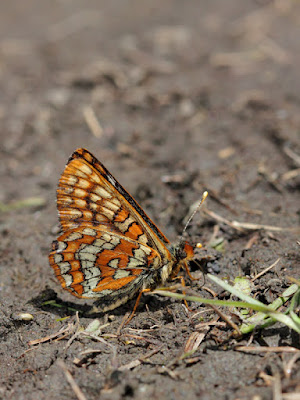 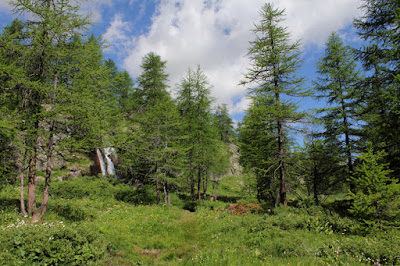 Other species I got on picture at this location: 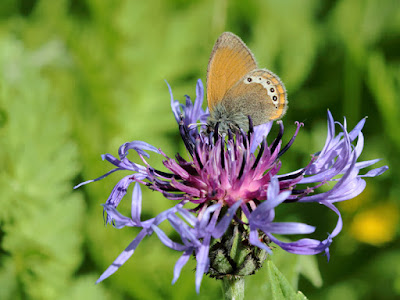 In Névache it was the nominate of Coenonympha gardetta flying around 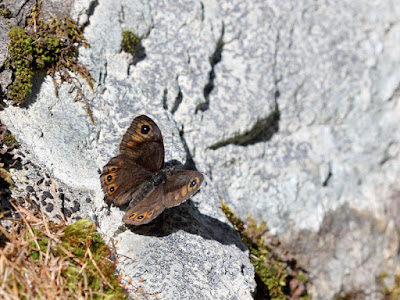 Posted by Pieter Vantieghem at 19:10