This part is all about Corsican endemics. I was on Corsica once before second half of July to see the endemic birds, my interest in butterflies however was then still limited to Belgian butterflies. I had however seen some of the endemic butterflies; Hipparchia neomiris, Hipparchia aristaeus and Coenonympha corinna.
So lots of endemics were still left for me!
An overview of endemic species on Corsica & Sardinia:

As being there still at the end of June for some species I was fairly late (Euchloe insularis for example, I saw one probable flying but could not get a closer look...) or I was too early (Polyommatus (coridon) nufrellensis only starts flying from second decade of July; Hipparchia neomiris I missed on this trip although some were already flying around during my stay, when you visit Corsica later in July this species is difficult to miss). About all other species flying on Corsica I could get a glimpse off.

Papilio hospiton
Late june is still a good period to see this species when you visit the higher stations. I saw the species at Haut Asco (1-3 individuals) and at Col de Sorba (10-15 individuals). I kept an eye open to see if I could find individuals with intermediate characters with Papilio machaon as hybridisation often occurs but I only saw specimens that phenotypically were typical P. hospiton. This species is most easily found by its hilltopping behaviour where males hold territorium on high points in the landscape, so just get to a high mountain top (for example east of Col de Sorba) and you shouldn't miss it. 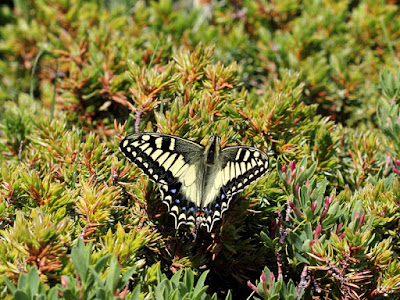 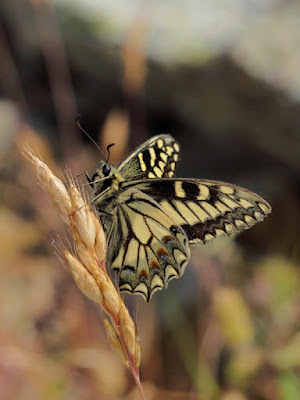 Plebejus (argus) corsicus
According to genetic research this taxon is now mostly considered as a subspecies of Plebejus argus although they look very specific with the black spots on underside of the wings with a greyish hue. I saw this species at Haut-Asco in great number 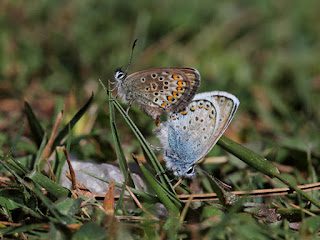 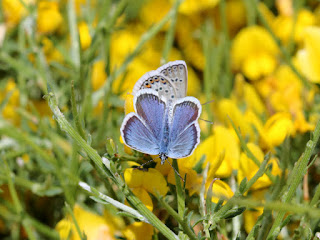 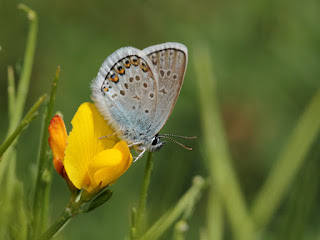 Plebejus bellieri
This species was long considered as a subspecies of Plebejus idas but nowadays is mostly considered as a species on its own. I saw them in good numbers (less common than Plebejus (argus) corsicus) at Haut-Asco. For both species flight period had just begun at this height, almost all of the specimens I saw were fresh. Easily recognised by the black dots at the hindwing margin. 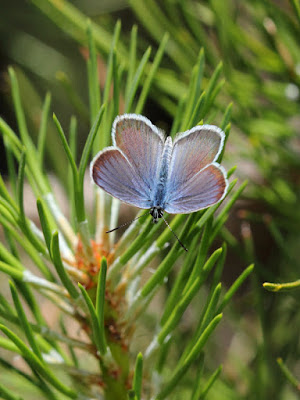 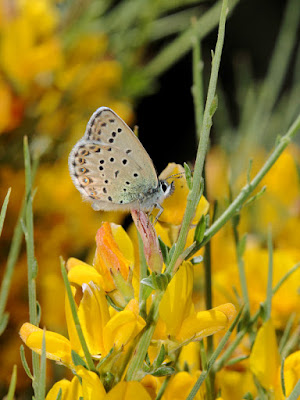 Aglais (urticae) ichnusa
Although still recognised as a species on fauna europaea recent genetic research indicates that it should probably be regarded as a subspecies of Aglais urticae. Second half of June is a good period to find this sometimes elusive taxon. It is the period when the flight period of the offspring of the wintering generation starts. Species of the genera Aglais, Vanessa and Nymphalis are well known to swarm out directly after emergence. A good tactic to find Aglais (urticae) ichnusa is to post at high location above tree line and wandering specimens will use these locations to get a rest before moving further on. I saw the taxon at Haut-Asco and at Col de Sorba. 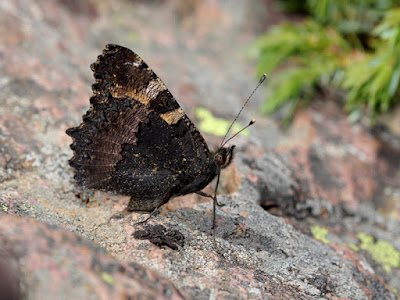 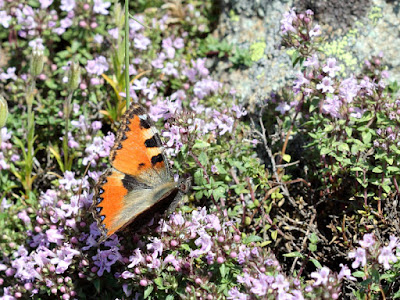 Argynnis elisa
This species is most related to Argynnis aglaja. It starts its flight period end of June so I was lucky to find some specimens at Haut-Asco. 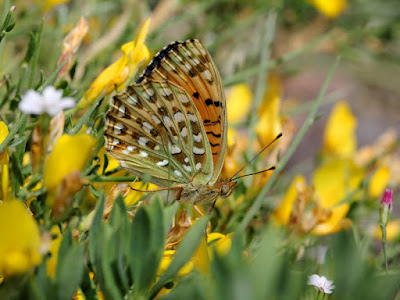 Hipparchia aristaeus
One of the several cryptic Hipparchia species in the Mediterranean area, no look-a-likes are present on the island. North of Corte the species was already on the wing in small numbers. 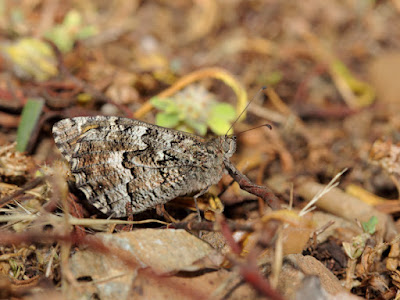 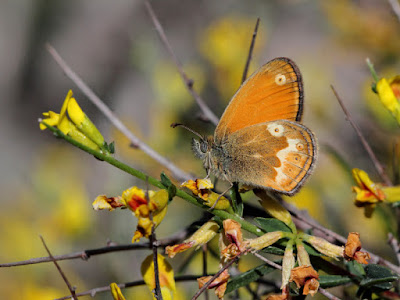 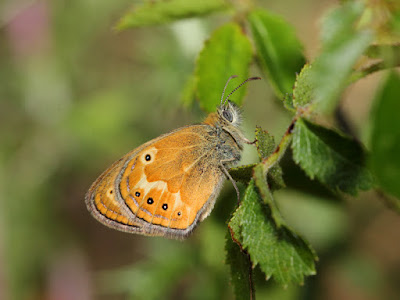 Coenonympha corinna, showing some variation in spots on underside hindwing 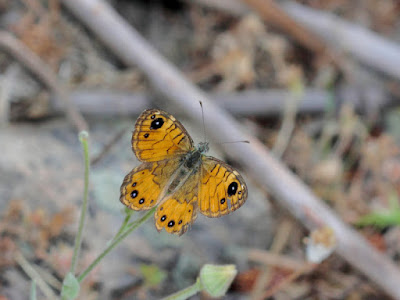 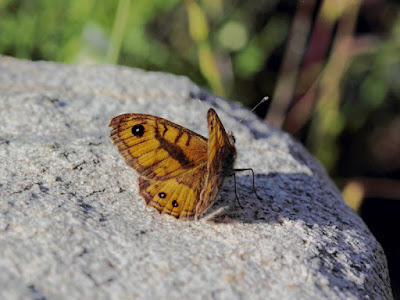 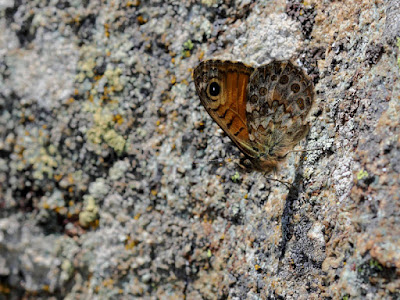 Spialia therapne
I was a bit afraid to be in between generations for this species, fortunately I found the species at 2 locations, for the second location I was tipped and I could get nice pics on that location. 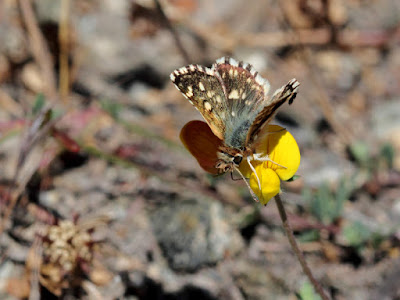 Posted by Pieter Vantieghem at 18:45