Of the 3 Pararge species in Europe remarkably 2 are island endemics with Pararge xiphia being endemic to Madeira and P. xiphioides being endemic to the 5 westernmost Canary islands. In Madeira also Pararge aegeria - common all over Europe - is present but - again remarkably - although the first sightings of this species on Madeira were only in the 1970's - so presumably this species is introduced - genetically the Pararge aegeria from Madeira are near identical to N-African P. aegeria and not to European ones.
As P. xiphioides is the only Pararge on the Canary islands it is easily identified. Differences from P. aegeria can however easily be seen. The front wing has the outer margin straight to slightly rounded and the hindwing underside has a clear white mark at the costa. 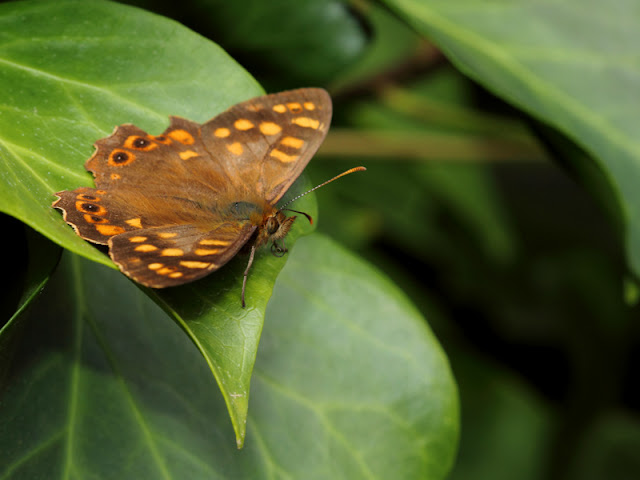 Male, notice the shiny androconial patch on the front wing 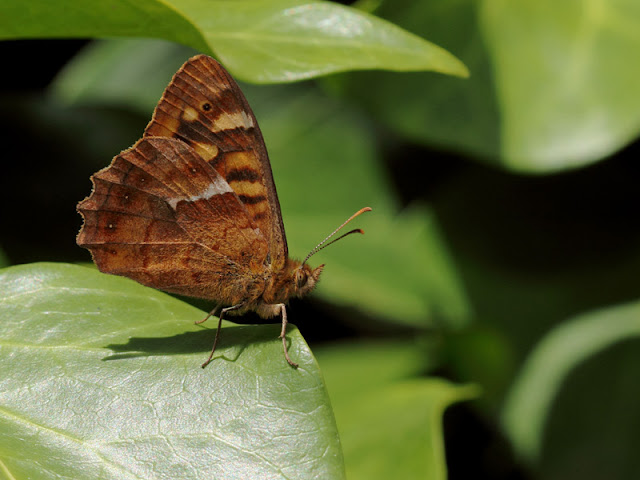 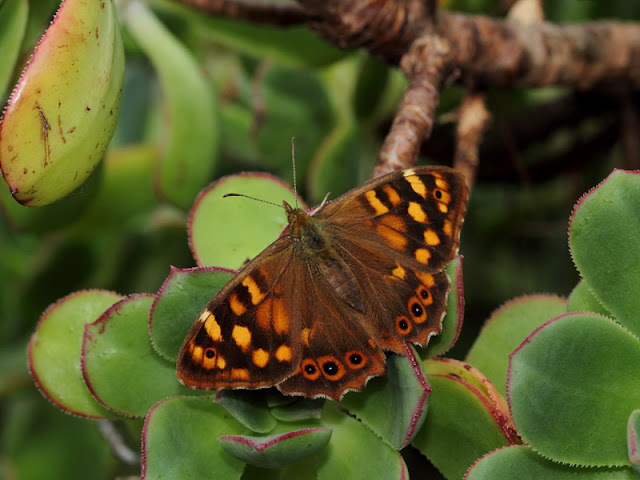 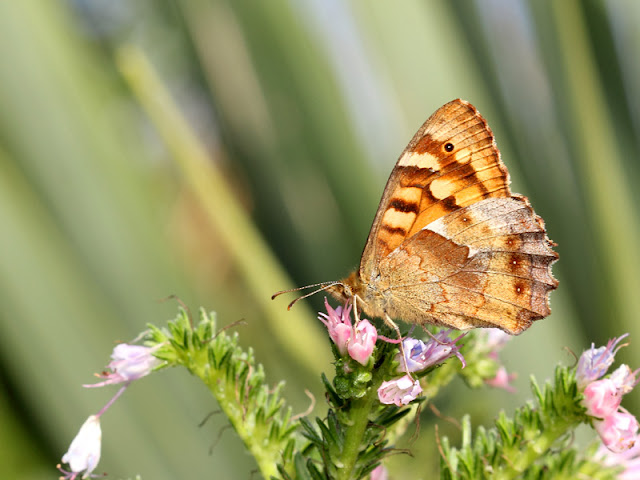 female, apparently more contrasting than males on the underside with greyish dusting along the outer margin

For the several Hipparchia taxa on the islands we were way to early, flight period for these species starts in may and lasts until late autumn.

As the previous species this one is present on the 5 western Canary islands, it is the only skipper species present on the Canary islands. The Wiemers article is a bit confusing about the flight period,the phenology table in the article mentions that this species flies from February on but in the text the earliest date mentioned is the 11th of March. The statement that the flight period starts in February in the general field guides is probably taken from the Wiemers article. So I was not hoping to find adults. At a dry coastal barranco north of Vallehermoso, La Gomera, I checked 50+ Brachypodium bushes in search of larvae but couldn't find anything. Later on the same day we visited a valley just west of Vallehermoso, more inland. At the edge of a small agricultural area there was a small slope full of Brachypodium that surprisingly had several adult males of Thymelicus christi flying around! 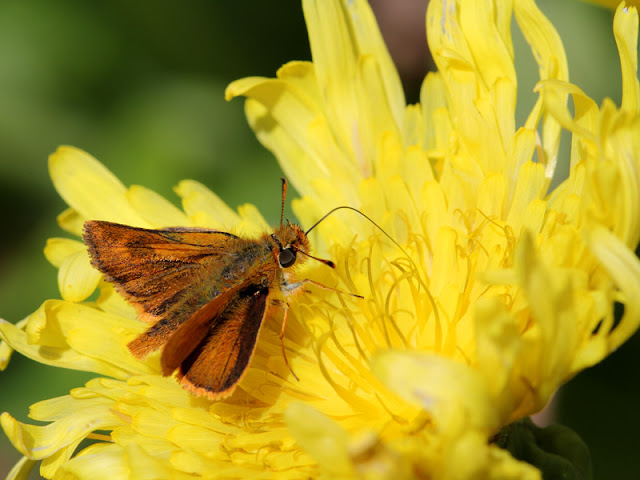 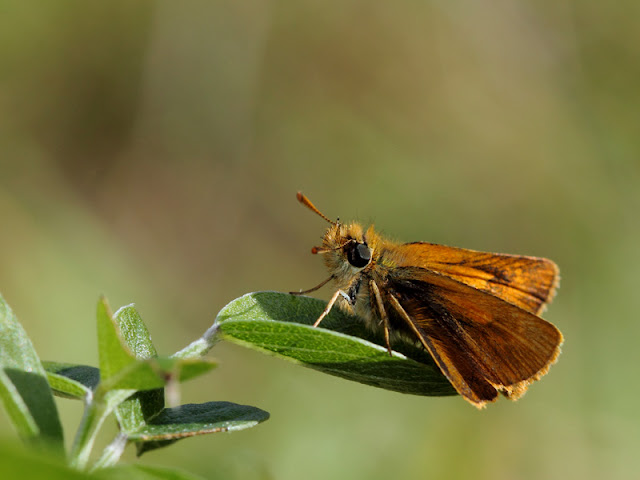 Posted by Pieter Vantieghem at 22:08