Pieris cheiranthi - Canary Islands Large White
This species is closely related to the Large White Pieris brassicae, a species common all over Europe. Unlike the Large White its Canarian counterpart is more a habitat specialist. Its native foodplants (Crambe strigosa, Descurainia millefolia) are plants mainly to be found in humid conditions in the north of the islands in gullies and barranco's from sea level up to the lower laurasilva zone. It was considered extinct on La Gomera with the last sightings half way the seventies but recently a few reports of the species in the N of the island have been made. I visited the exact location on La Gomera mentioned on pyrgus.de but unfortunately only found Pieris rapae adults and larvae on the widely present secondary foodplant Tropaeolum majus. In Tenerife the species is still relatively widespread in the north of the island, as well in the natural habitat as in secondary habitat in towns where the year round irrigated parks and gardens form a secondary habitat. However there are reports of numbers having decreased sincerely on Tenerife. On La Palma (ssp. benchoavensis) the species is still widespread with numbers appearing to be stable. 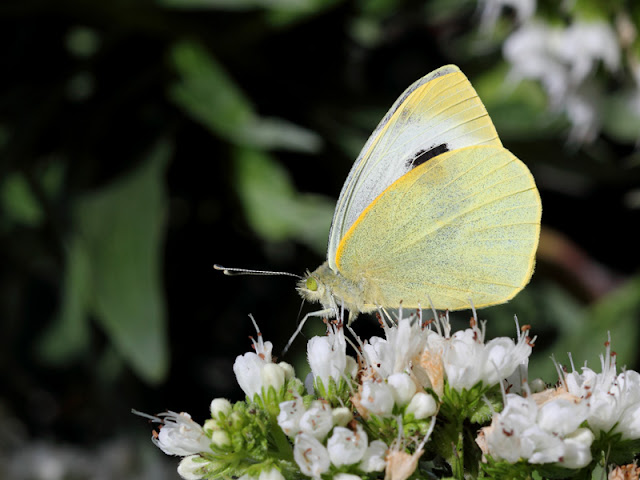 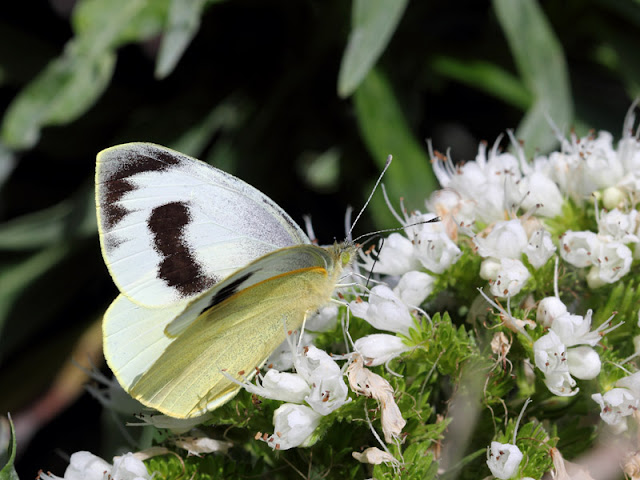 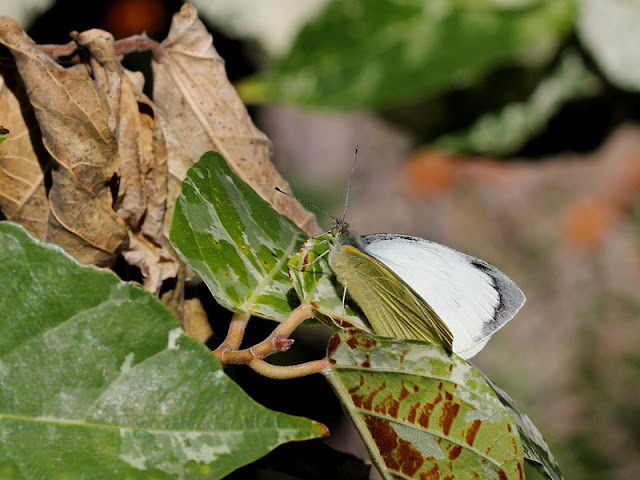 Gonepteryx cleobule cleobule - 'Tenerife' Cleopatra
The Canary islands cleopatra Gonepteryx cleobule has 3 subspecies that according to some genetic studies should be considered as species. However the external characters between the subspecies seem to be individually variable and no differences seem to exist in larval stages or ecological preferences. As with previous species this taxon is present mostly in the north of Tenerife. Habitat are the less dry scrub zones from sea level up to the open zones in the laurel forest. Larval foodplants are different species of Rhamnus.
I saw up to 10 individuals in the Barranco de Ruiz. Unfortunately all of them where very active so the best picture I could get was this one of a fly by male. At least the rather rounded hindwing is visible. 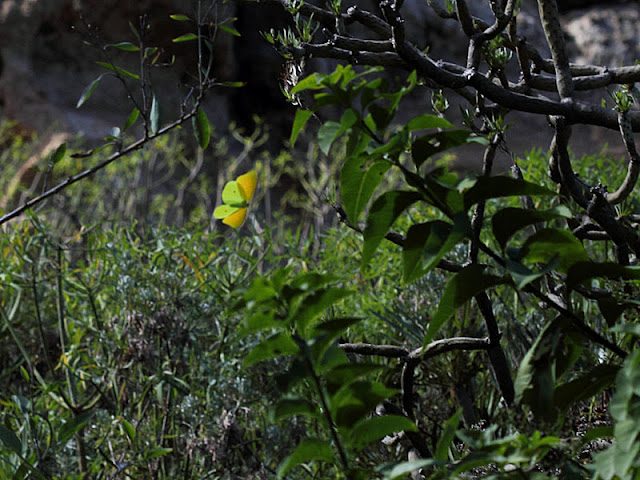 Gonepteryx cleobule eversi - 'La Gomera' Cleopatra
This taxon is widespread in the northern half of La Gomera. I saw lots of them near Vallehermoso. 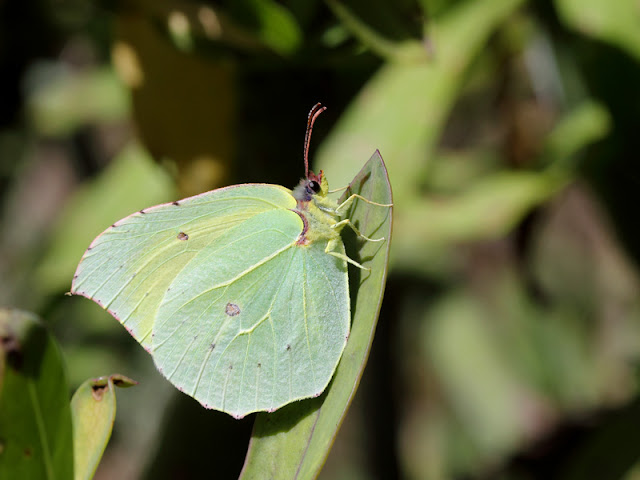 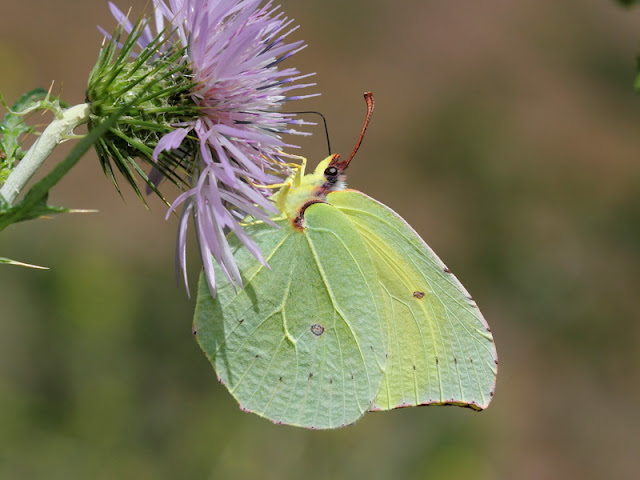 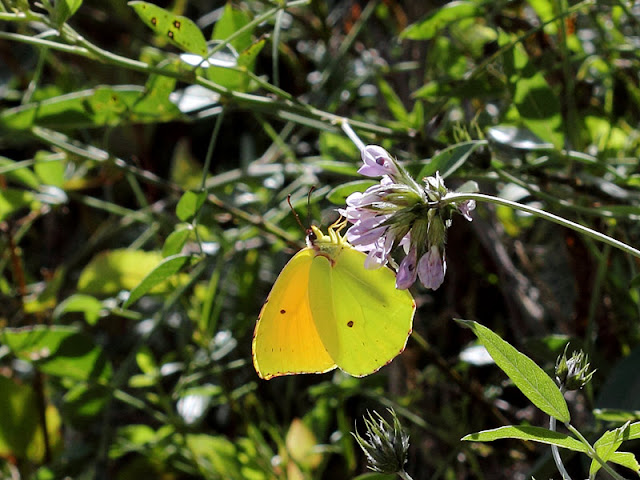 The Euchloe species on Fuerteventura and La Gomera fly from december to april, the one in Tenerife, Euchloe eversi, however flies at higher elevations and normally only starts to fly half march (Masca region) or end of march (Cañadas environment on Mt. Teide) to june with some solitary butterflies sometimes flying earlier. I have been looking at the Masca location but unfortunately weather conditions were bad for butterflies that day with strong winds even forcing the painted ladies down.

The African migrant Catopsilia florella is known from the most islands of the Canaries. I have been on the lookout for the larval foodplant. In the Canary islands the species uses a very conspicuous exotic (African) plant that is sometimes used in parks or gardens, Cassia didymobotrya. Every time I saw this plant (only a few times) I took some time to look for caterpillars but unfortunately wasn't successful. I suspect the plant is being used more in the southern tourist resorts, locations I tried to avoid largely... Information on ecology and life cycle of this species can be found on pyrgus.de.

Posted by Pieter Vantieghem at 23:31