Second part in the Coenonympha special

Russian heath - Coenonympha leander
Distributed from the Balkan over Turkey to the Caucasus from 500-2000m, from hilly grasslands to subalpine zone. 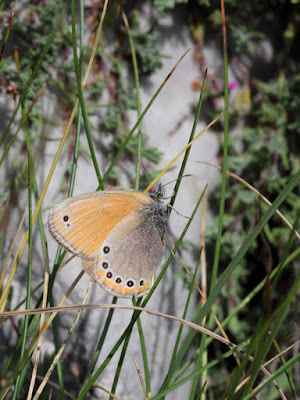 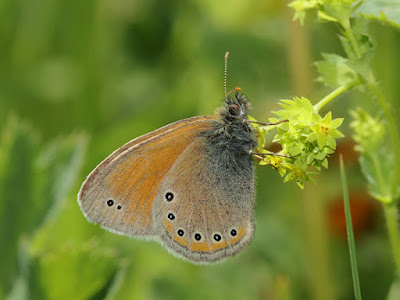 Balkan heath - Coenonympha (leander) orientalis
There are several opinions on the status of this taxon, from being a subspecies of C. gardetta, a subspecies of C. leander to a species on its own. An article debating this can be found here. 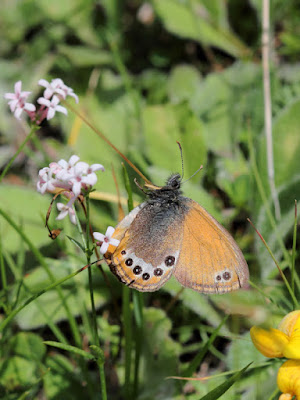 False ringlet - Coenonympha oedippus
A lowland species, mostly found <500m, has declined seriously in Europe. Mostly found in wet grasslands, hence water management probably being one of the main reasons for the decline. 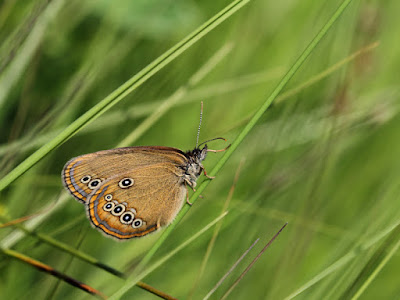 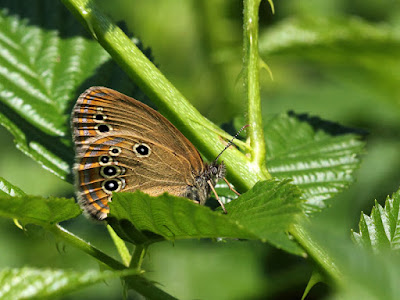 Scarce heath - Coenonympha hero
Until the early nineties this species had a population in the south of Belgium. Changes in forest management, water level management, nitrification and maybe climate change have however induced a massive decline in the western distribution of this species so that nowadays - apart from a few populations in the very east of France - it has almost disappeared from France as well. 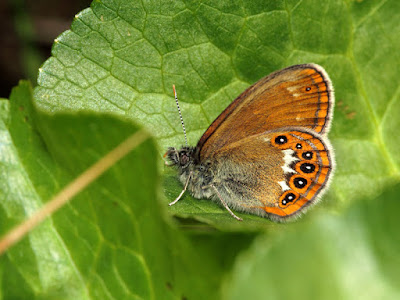 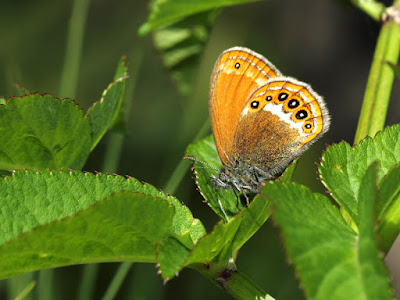 Large heath - Coenonympha tullia
A species that has declined massively in NW-Europe and has disappeared from Belgium and parts of the Netherlands and northern France. Reasons for decline are probably a combination of nitrification, water level management, climate change,...
I have only seen it once in northern Austria on a windy day so butterflies were difficult to get close by so I only have this vague picture. A variable species with lots of described local forms. The form depicted here is C. tullia tiphon. 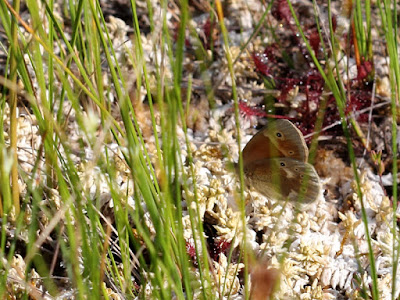 Eastern large heath - Coenonympha (tullia) rhodopensis
The Balkan mountain replacement of previous species and in debate if a species on its own. Subalpine to alpine. 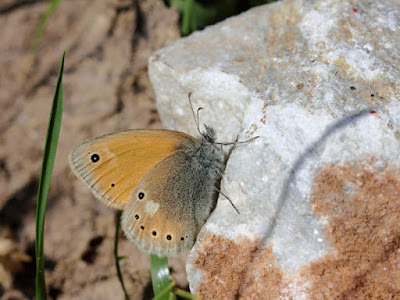 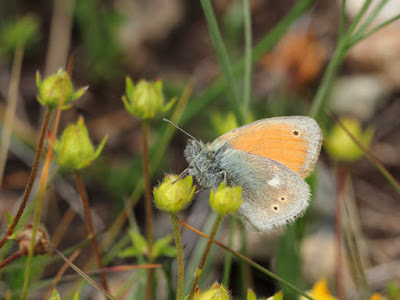 Dusky heath - Coenonympha dorus
To be found in the western Mediterranean area from central Italy over the south of France and Iberia to northwestern Africa. 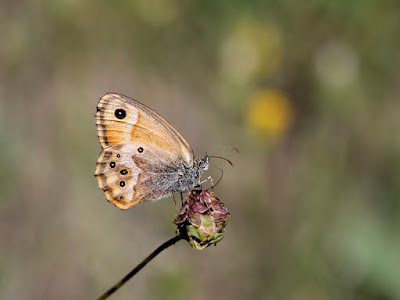 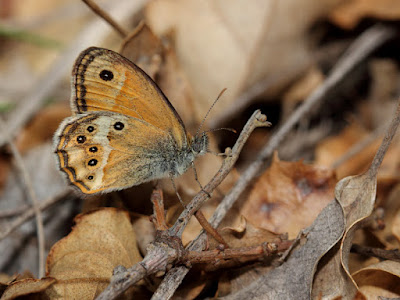 Corsican heath - Coenonympha corinna
Endemic of Corsica and Sardinia, common on the islands. 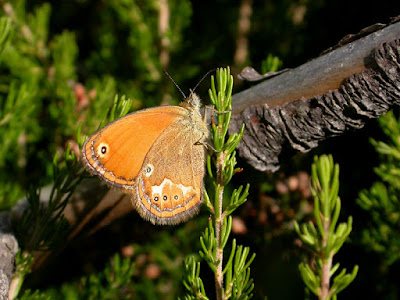 Elban heath - Coenonympha (corinna) elbana
Closely related to previous species and nowadays mostly seen as a subspecies of Corsican heath. It is restricted to Elba and some smaller islands but can also be found on the opposing Tuscan coast where I could see the species. 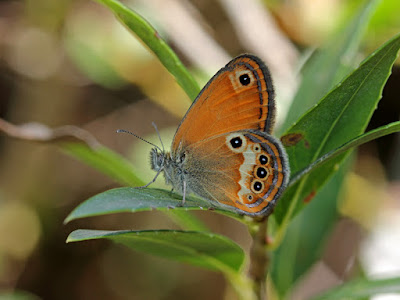 Coenonympha saadi
A middle eastern specialty. From central Turkey over Transcaucasia into Iran. 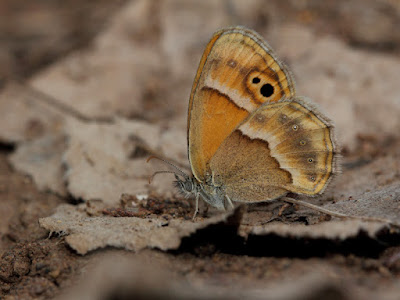 Species fromt the Western Palearctic still missing in this list are mainly far eastern species, island specialties and species from northern Africa. All species I hope to see in the future...

Posted by Pieter Vantieghem at 22:46