Some pitfalls in the recognition of Large and Scarce tortoiseshell 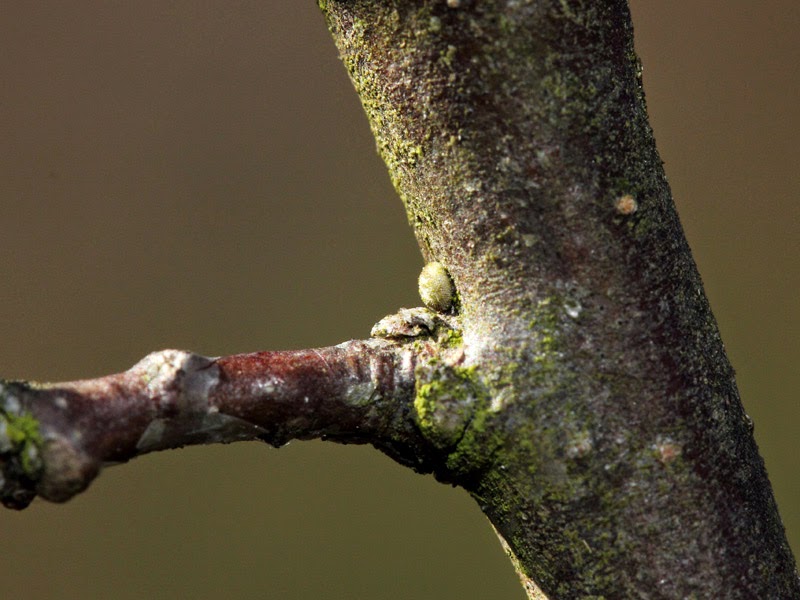 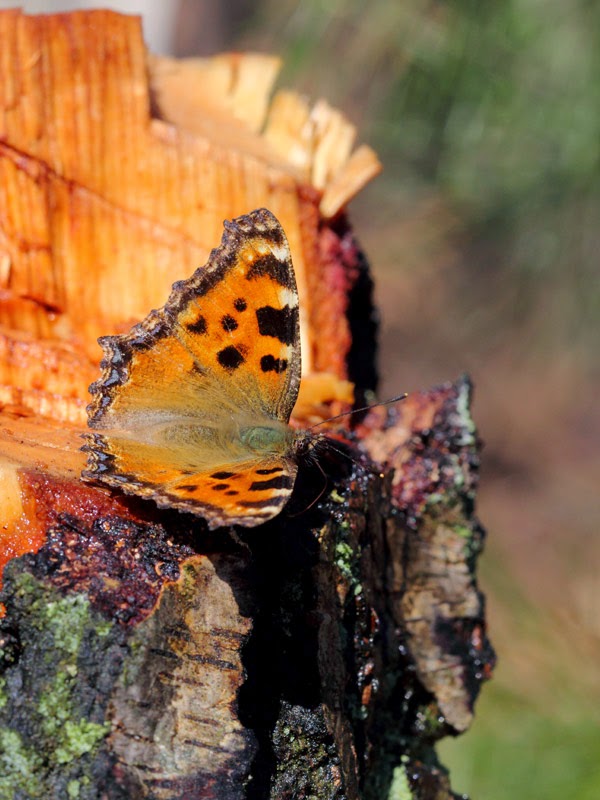 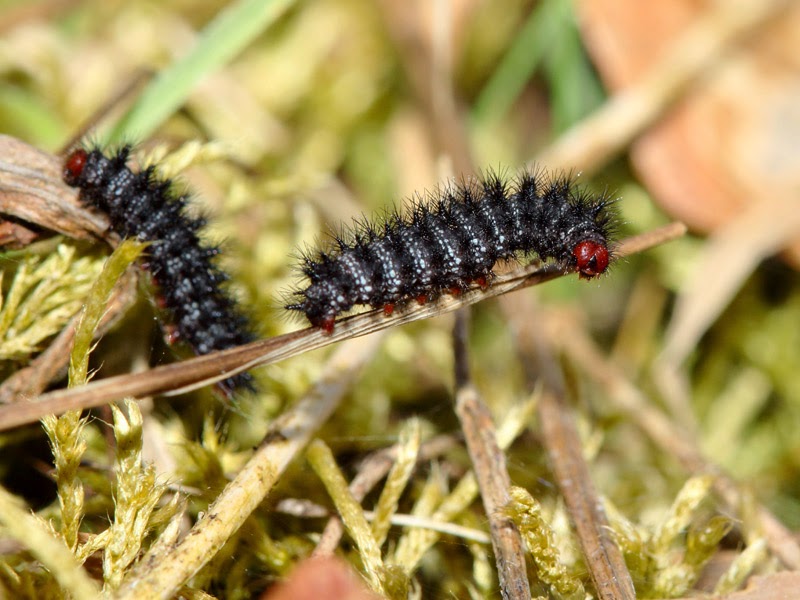 In the meantime a second Scarce tortoiseshell for this year has been seen in Belgium, a typical individual. In the Netherlands at least 17 have already been seen this spring! While looking at pictures of both large and scarce tortoiseshell I noticed that determination is not always straightforward. Some individuals can give rise to doubts, even with good photographs. I give three examples with a little analysis. This is a Large tortoiseshell with a rather broad dark edge to the hind wing, especially on the left side. The dark edge is still a bit wavy but much less than compared to the one I saw last week. The dark band is still edged off with a little yellowish but almost unnoticeable. Also the basal spot is rather divided in two. Notice also the dark edge to the front wing, close to the apex it gets a bit slimmer, especially in the curve just before the apex whereas in Scarce tortoiseshell in most cases the band stays evenly broad. You can just see a dark front leg.
The details of this picture (photographer, location, date,...) can be found here: http://waarnemingen.be/foto/view/6178627 The dark edge to the hind wing is very narrow and pretty wavy whereas in almost all Scarce tortoiseshells this band is (evenly) broad. There is however no sign of a yellowish edge to the dark band, in fact yellowish tones lack almost completely from the hind wing giving a more reddish appearance, the name "xanthomelas" literally means "red (xantho) - black (melas)" in contrast to "polychloros" (lots of colors). Also notice the dark edge on the front wing even getting broader in the curve near the apex. You can also spot the pale legs. Note also the more "extreme" shape of the wings compared to previous individual, reminding a little of a Comma Polygonia c-album. Details of this picture can be found here: http://waarneming.nl/foto/view/8128737 This individual really seems to have pale legs... There are however some remarks. First of all, this individual was photographed more than a week before the invasion started in the north of the Netherlands and on the location with probably the highest density of Large tortoiseshells in Belgium in the south of the country. Also the wing shape looks typical for a Large tortoiseshell. It seems that under certain light conditions even dark legs of Large tortoiseshell can get a pale gloss. I noticed the same on the individual I saw last week, upperside of the butterfly is very typical for large tortoiseshell and in the field the legs looked dark but on some of my pictures the legs seem to have a golden gloss. A very big pitfall especially in the case of pictures from a certain distance where other features are not visible! Details on this observation can be found here: http://waarnemingen.be/waarneming/view/85996517 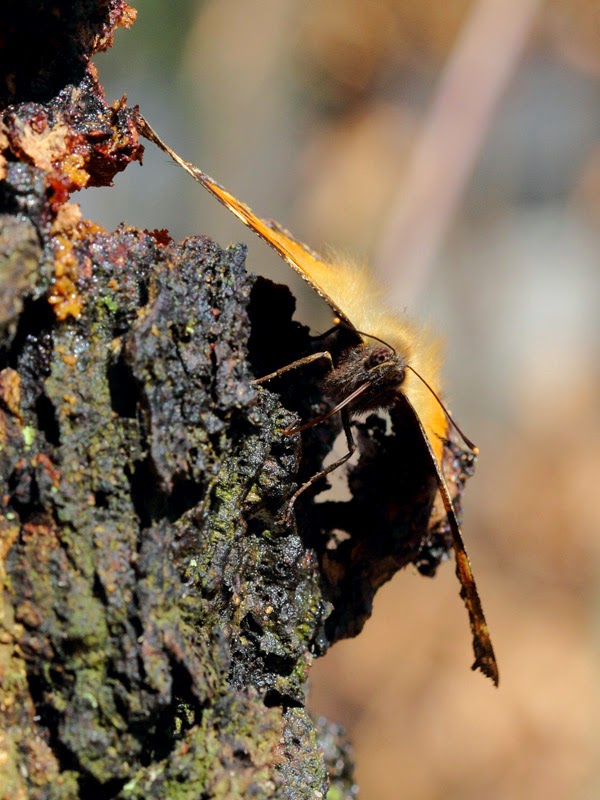 Another picture of the Large tortoiseshell I saw on the 12th of March, the upper front leg seems rather pale, probably due to reflection to the small hairs on the leg. In the field the legs seemed all dark.

With these examples I hope you all keep on the lookout for Scarce tortoiseshells in the next few days and will have no doubt if you find one! Good luck!

Posted by Pieter Vantieghem at 01:14