Last august 2015 I was travelling through central Europe with my girlfriend looking for butterflies, see also one of my previous posts. One of the species I wanted to try to see was Freyer's purple emperor Apatura metis, a species with a limited distribution within Europe confined to some of the bigger river valleys in southeastern Europe. It has a wider distribution in the eastern palearctic reaching Japan. During my trip preparation i came along this paper about butterfly monitoring in the Drava valley on the Hungarian-Croatian border. As this seems to be the most northwesterly location to find Freyer's purple emperor we visited 2 locations mentioned in the article to search the river banks on the 8th of august.
At both locations we saw a great number of Apatura species and although most were readily identified as Lesser purple emperor Apatura ilia one thing that quickly became obvious was that Lesser purple emperor is a very variable species, more variable than one would think just reading the commonly used field guides. All of the observed specimens were at least in some extent orange so belonging to the form 'clytie'. 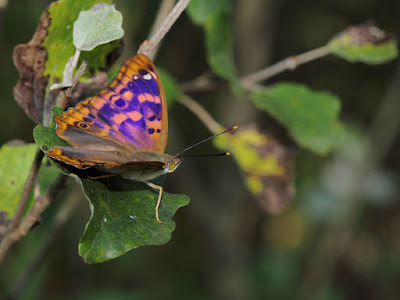 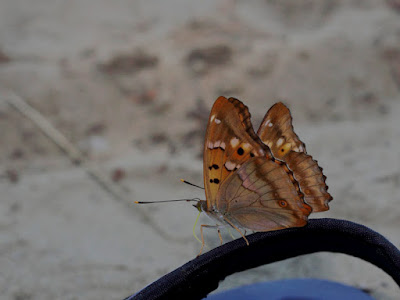 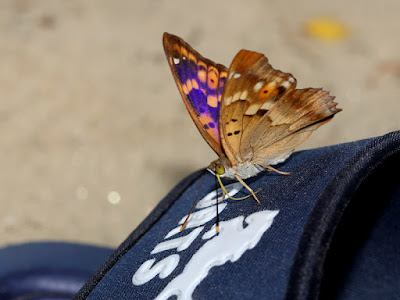 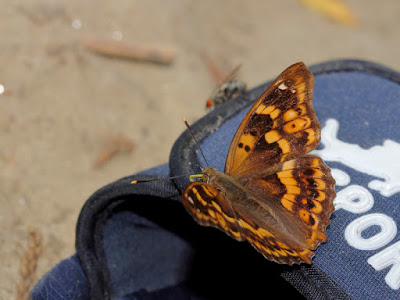 Although all the above mentioned features clearly point to Freyer's purple emperor there were a few things that made me suspicious.
First of all this was maybe the most clearcut individual but I had seen already other individuals with some mixed characters. 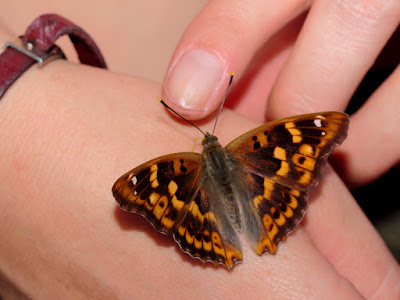 Secondly Tolman mentions that the orange marginal band on the frontwing broadens to the top. Here it fades out and is getting smaller. Looking at other pictures of Freyer's purple emperor you can see that this orange band broadens clearly so that in some cases it reaches the outer margin of the white spots in the wingtip. 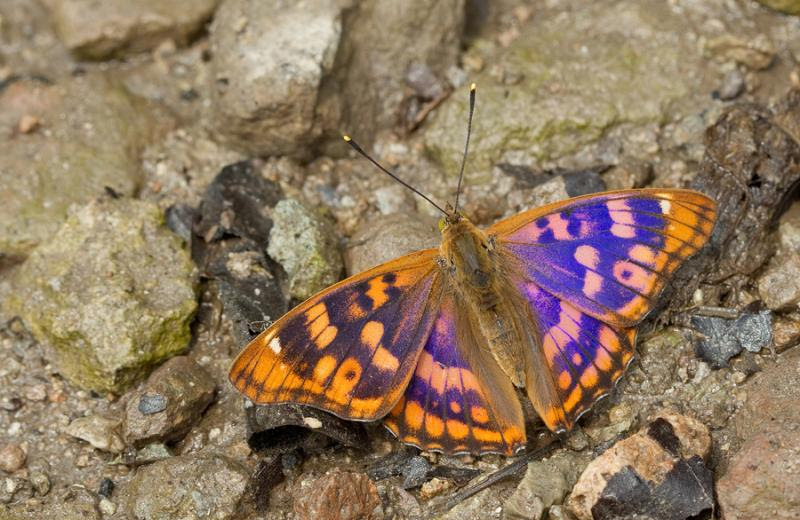 A picture by Paul Cools of Freyer's purple emperor in Bulgaria

Another thing that worried me was the nature of the dark postdiscal band. In my pictures this band is divided in two rows of merging spots, especially visible at the outer margin. In Freyer's purple emperor this band is narrower and more solid.

In an older article in the magazine phegea they mention the relative width of the dark postdiscal band if measured against the sum of the widths of both pale bands bordering this dark band and the dark postdiscal band. This relative value should be less than 0.40 in Freyer's purple emperor males with only 1% of Freyer's males out of range and only 1,5% of Lesser males in overlap. Check the link to the article to get more background on the sample size and the way of measuring. When I do this exercise on the pictures I took I come to a value of more or less 0.52, clearly out of range for Freyer's. On the picture by Paul Cools I come to a value of more or less 0.29, without doubt within the range of Freyer's purple emperor. 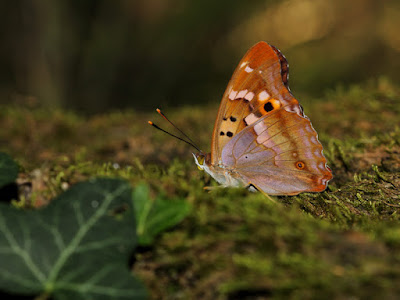 Posted by Pieter Vantieghem at 02:50