Day 5 was spent mostly on travelling from Yeghegnadzor to Meghri. The distance is about 250km but it took me more or less a full day (2 hikes and 2 taxis) to get in Meghri. One of the only observations to remember is one Hipparchia parisatis just when I arrived to Meghri. Unfortunately it disappeared too quickly behind some trees to enjoy it much.
A roller in the village of Meghri and some laughing doves added with the hot temperatures created an eastern atmosphere. Near a ruin in the town centre I had another nice new dragonfly, Onychogomphus flexuosus 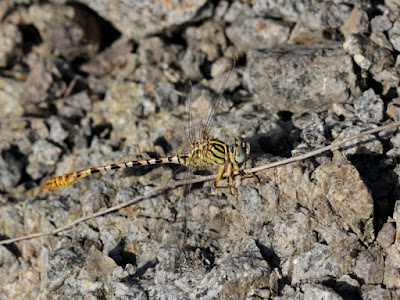 To the west of Meghri there is a road to an old airport and this road is where I spent my day.
A very nice but very hot area. Unfortunately not really being cared of by the locals. On the habitat picture you can see a big grey area low in the valley on the right side. This was a waste dump that was burning constantly. In probably one of the driest areas of Armenia one would presume that it would be logic to everyone that burning some waste is at least to be called irresponsible ... These slopes are the only location in Armenia where Polyommatus damonides lives and one of the very few locations in the world (only other known locations are in the nearby Naxcivan enclave of Azerbaijan. Unfortunately I didn't find the species, apparently the species was rather late this year with only a few males already flying around. 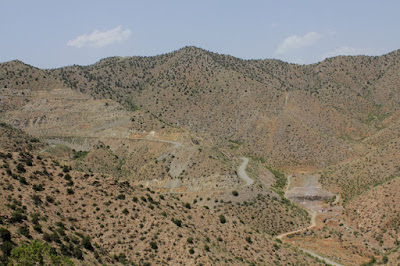 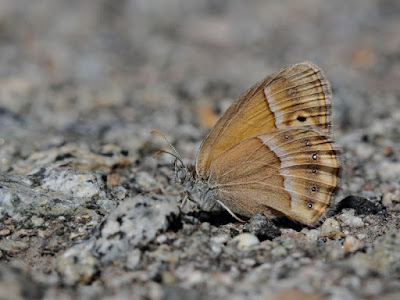 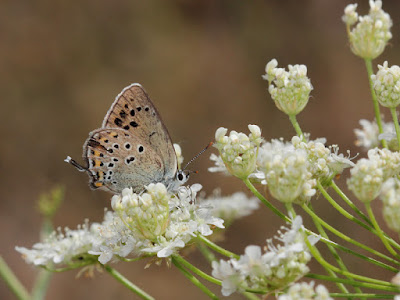 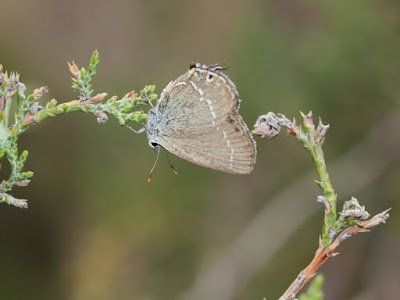 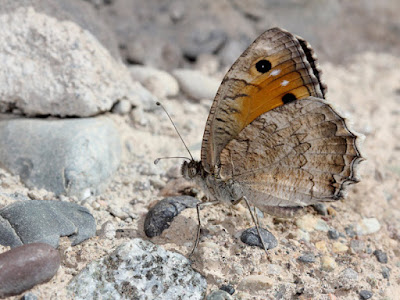 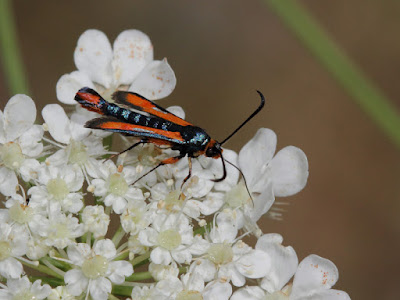 Posted by Pieter Vantieghem at 23:56