Melitaea didyma
In the Moselle valley this species is present but I guess I just missed out the first generation (250m), in the Swäbische Alb however the species was fresh and common (800m). 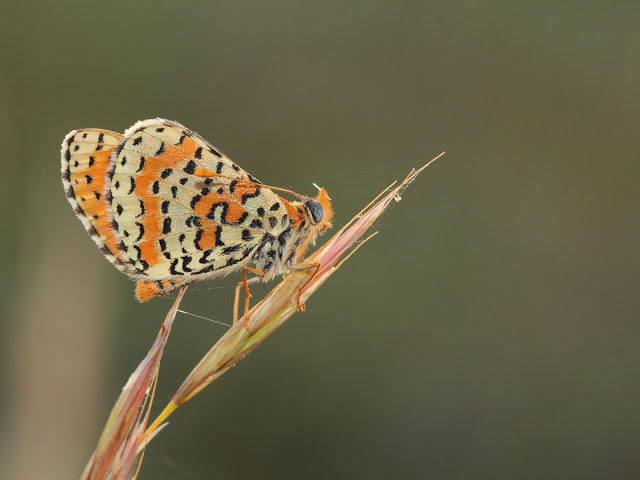 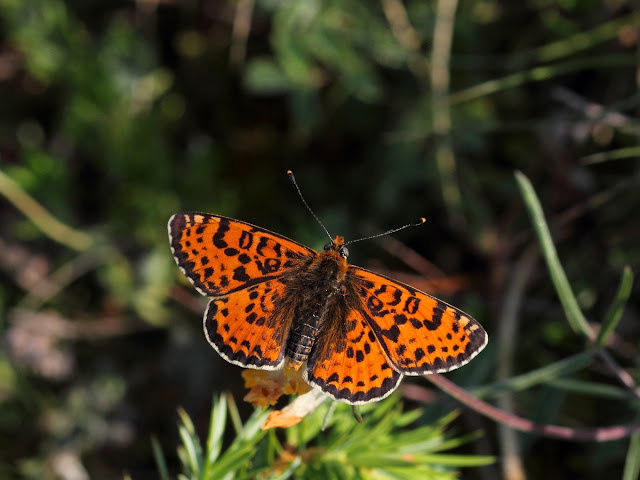 Melitaea britomartis
My main target for this trip. During summer trips to the east I always missed out on this species being slightly too late. So I wanted to see them a bit more nearby and the closest to find them near Belgium are some grasslands in the submontane zone of the Swäbische Alb. As most of you know this species is in a group of species that is really difficult to recognise in the field (subgenus Mellicta, sometimes called the Melitaea athalia-group). Lot of the features mentioned in the fieldguides for these species are very variable individually making it very difficult to point an individual to a species (see for example this article)
Lafranchis gives a method in his guide to check genitalia of butterflies in the field. He gives this for several of groups of butterflies.
Frankly I think for the Leptidea species his images are the worst you could ever use to see the difference between the cryptic Leptidea species and difference in genitalia between Leptidea sinapis and Leptidea reali/juvernica can't be seen in the field. Anyone using the Lafranchis guide should make a big black cross over the drawings of the Leptidea genitalia!
For the orange Hipparchia species as well I don't think this method is very reliable as often you have to make an interpretation of the scale of different parts of the valves which is very difficult in the field. In the black Hipparchia species you just have to count the bristles on the Julien organ what seems pretty easy in the field to me.
In the Melitaea species the shape of the valves are clearly different between species so there the method leads to more reliable determinations too imo. You need some experience in handling the butterflies and you need some experience to evaluate some individual variation in the shape of the valves. The image of the M. britomartis valve in Lafranchis is not that good in my opinion, the image in Slamka however was spot on.
At the same location where I had these M. britomartis I had M. aurelia and M. athalia males! Mostly M. athalia was easily recognised in the field as they are a bit bigger and clearly have a more direct flight than the smaller M. britomartis and M. aurelia. Males of both these species have a very specific flight with fast wing beats making them stand out between the M. athalia males. 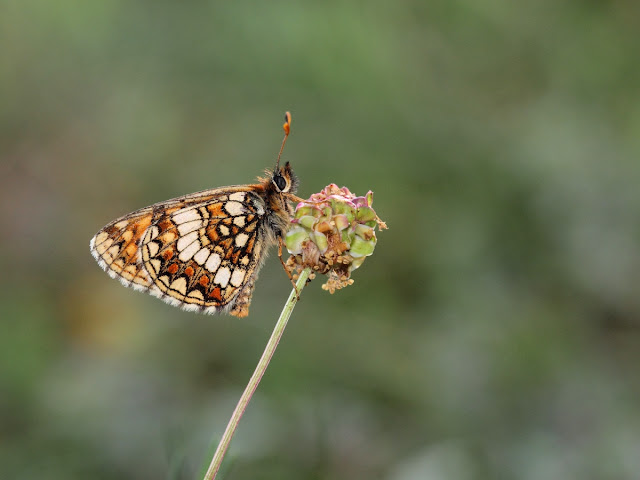 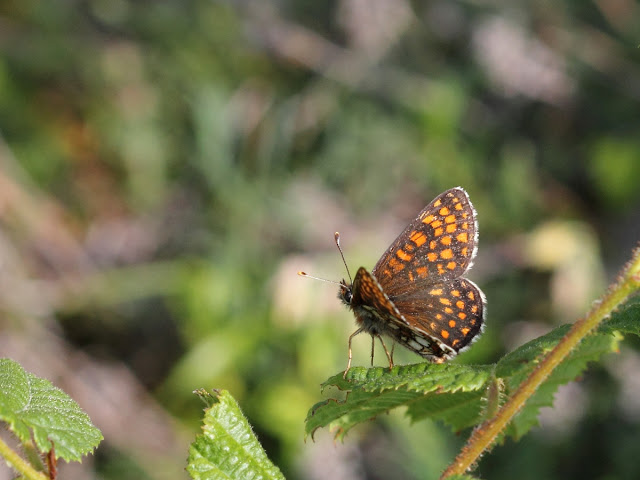 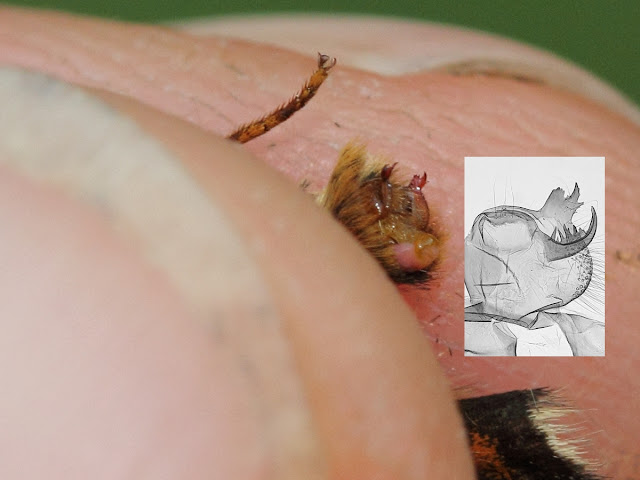 Male genitalia checked in the field with the insert showing the valve of a genital preparation (edited picture from lepiforum). With a 20x loupe details of the valve shape can easily be seen. 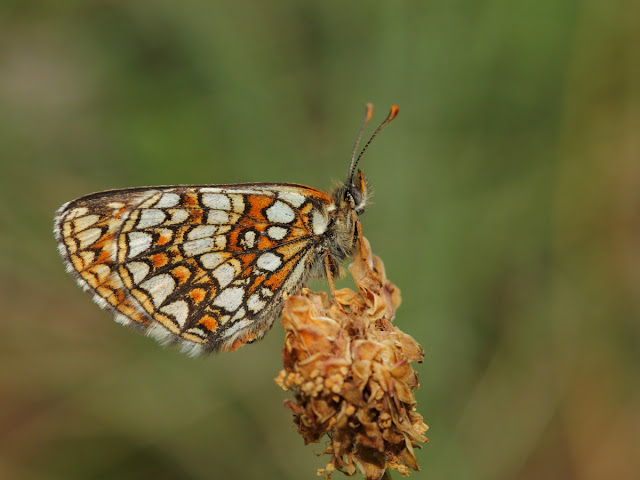 Female, in front view this one has quite some black hairs on the palps, strongly indicating it not to be M. aurelia (variable in M. britomartis but probably almost always orange or at least pale in M. aurelia). The orangeish color in the marginal line is typical (but variable) for M. britomartis.

Argynnis niobe
This species used to be present in the Belgian coastal dunes as well as in the calcareous grasslands of the south but now has completely disappeared. It is still present however just south of Aachen, less than 10km of the Belgian border. Several individuals were present when I passed that location but photography was impossible, all seemed to be males actively searching for females and gathering around some old pine trees using them to do some kind of hill topping. I saw the species in the south of the Black Forest as well where I could make some pictures. 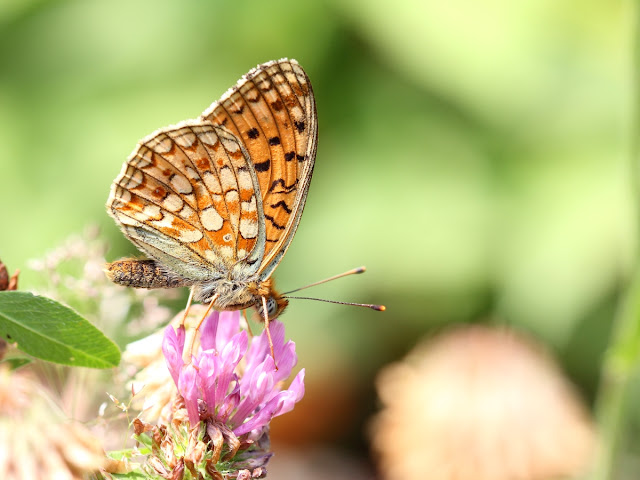 Boloria titania
I was pleasantly surprised to find this species in the Black Forest, the main field guides don't give this as a part of the distribution. Of course when one does a bit more research this is well known and the species is present just north up to Triberg (southern 1/3 of the Black Forest). 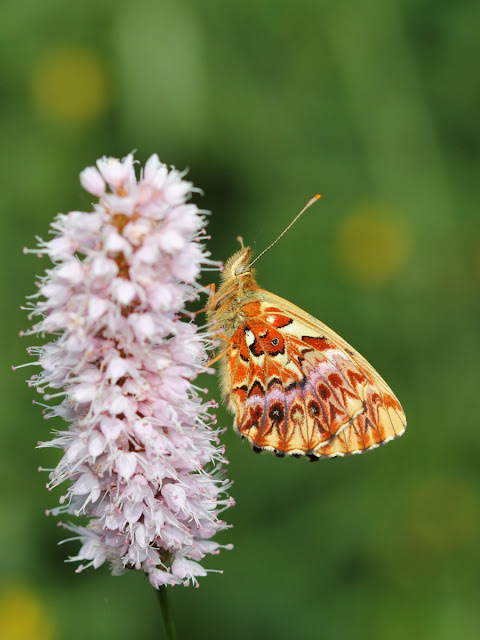 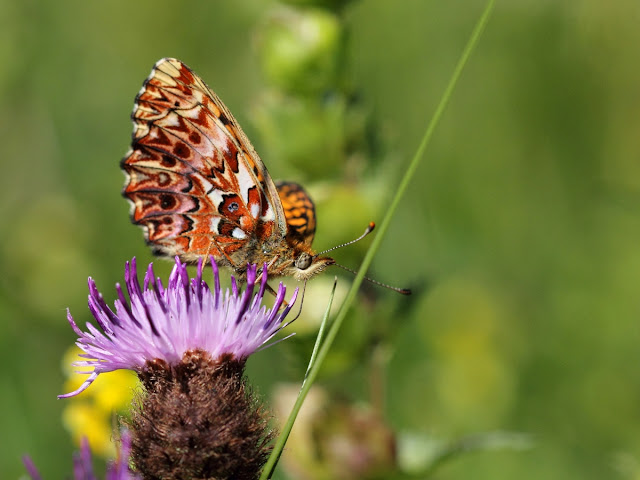 Coenonympha tullia
I had seen this species before but then was unable to make good pictures, so I was hoping to make some pictures on this trip. I found it in the same bog I saw Colias palaeno and Plebejus optilete. Last confirmed sighting in Belgium was in 2006 so this species has most probably been lost. 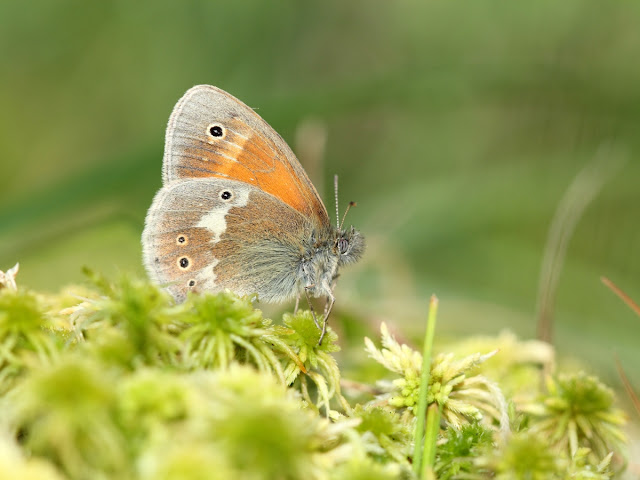 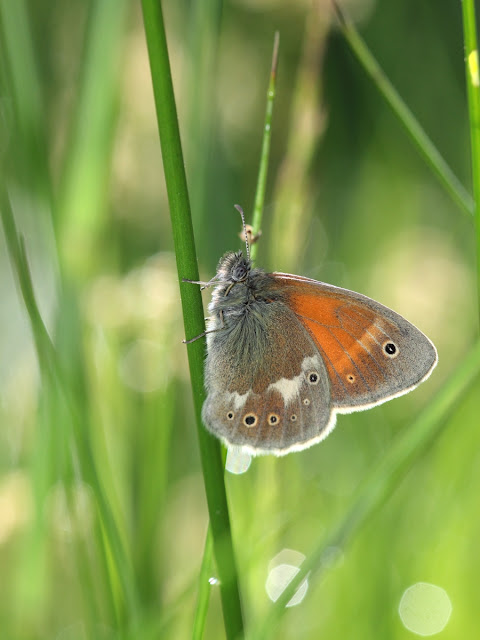 Erebia meolans
On the high parts of the Black Forest this is one of the more common butterflies. Together with the High Vosges in neighboring France these are the north-westernmost populations of this species. 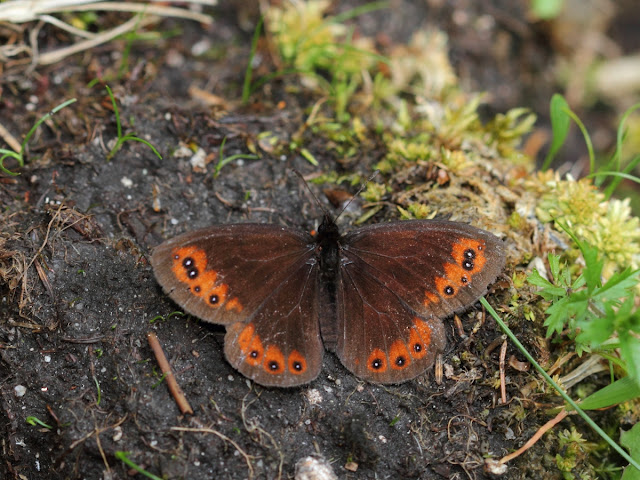 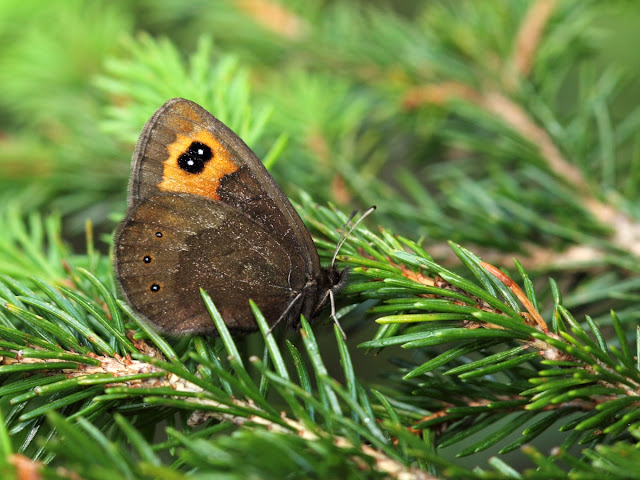 In fact none of these Lycaenids was high on my wish list to see on this trip but still I could  scrap along a nice list of species.

Satyrium acaciae
This species has recently been seen again in the extreme southern tip of Belgium but is still very rare. In Germany I found it in the Moselle valley and on the Hunsrück. 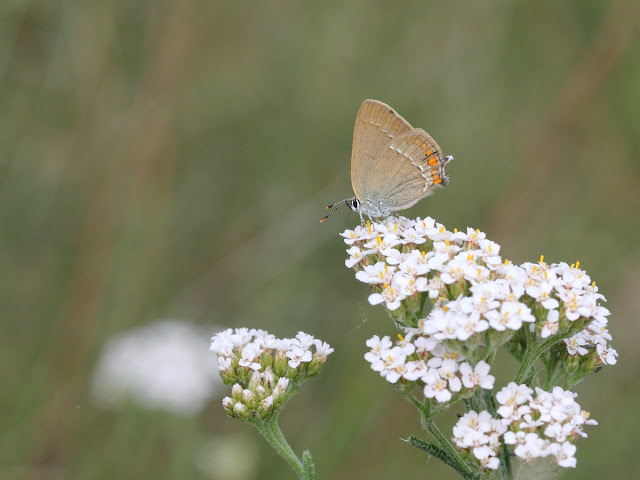 Satyrium spini
A species with until this year only a handful of old sightings in Belgium. This year however it has been found on one location in the Viroin valley. In Germany it was very common in the Moselle valley. 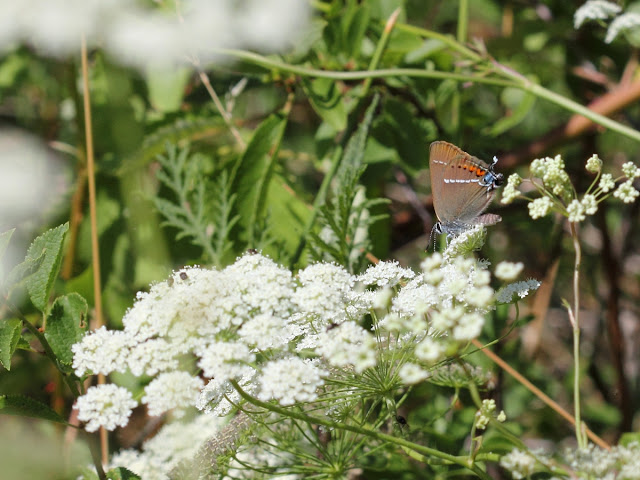 Lycaena hippothoe
In Belgium this species is not uncommon in the high Ardennes in humid valleys & on the big bog areas. I was pleasantly surprised to find this species common near Aachen on a dry grassland (about 250m high). Both pictures are from that location but I saw the species in a humid river valley in the Eifel and in the bogs of the Black Forest as well. 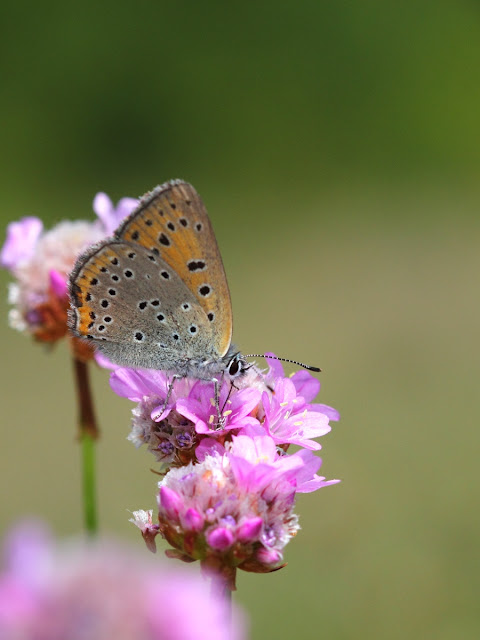 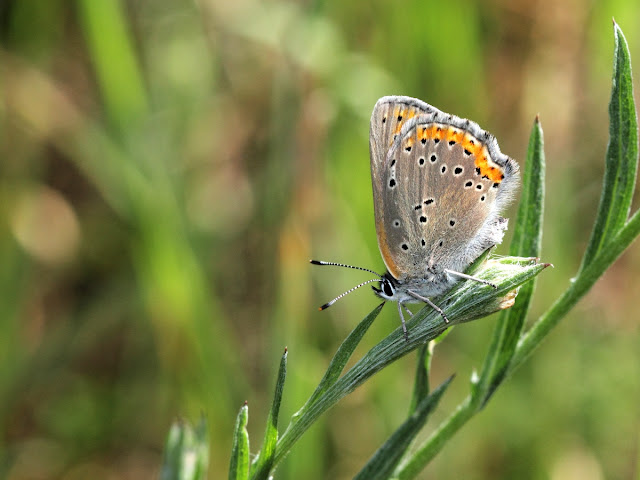 Phengaris arion
A species that doesn't have any populations in Belgium anymore although the rare strangler from norther France is seen every few years. It was very common on some nice calcareous grasslands in the Swäbische Alb, maybe not yet on the wing in the Eifel when I passed there. 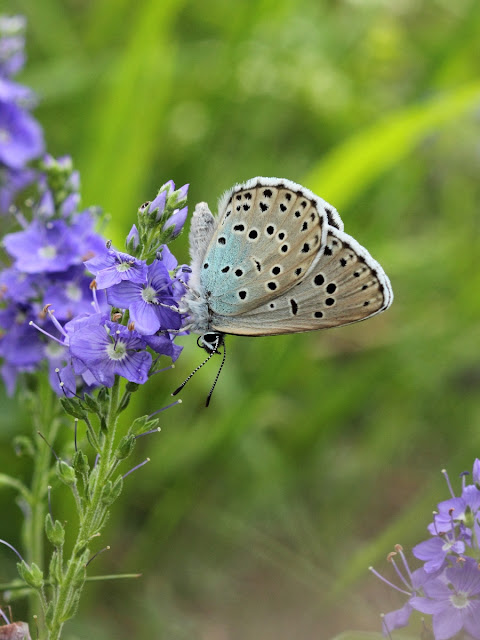 Pseudophilotes baton
This species was present in Belgium in the past in the Gaume as wel as in the Famenne region but has disappeared with the last sighting in 1971. I found it on one marvelous grassland in the Swäbische Alb. 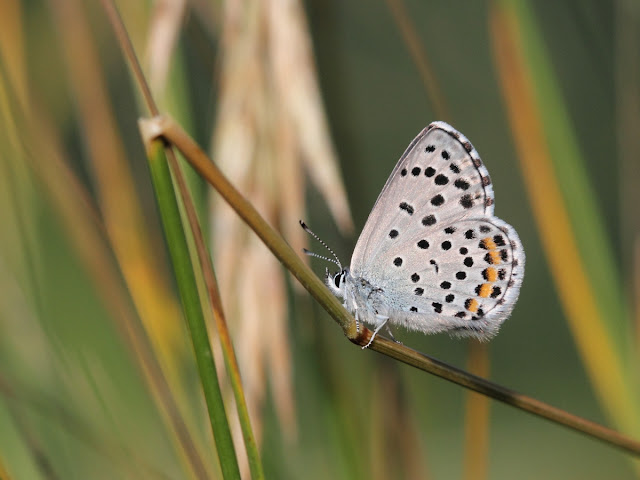 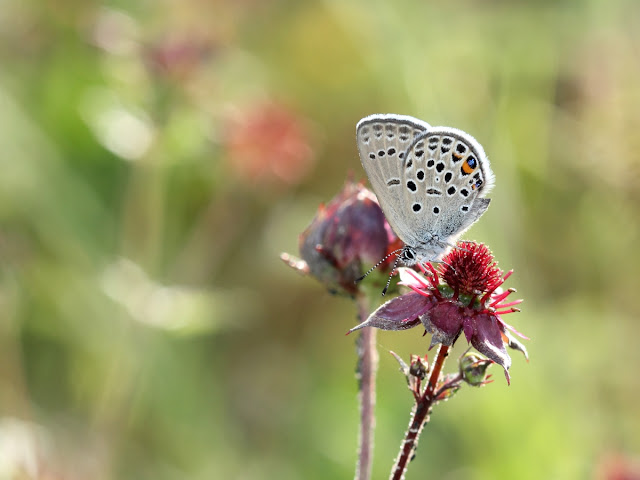 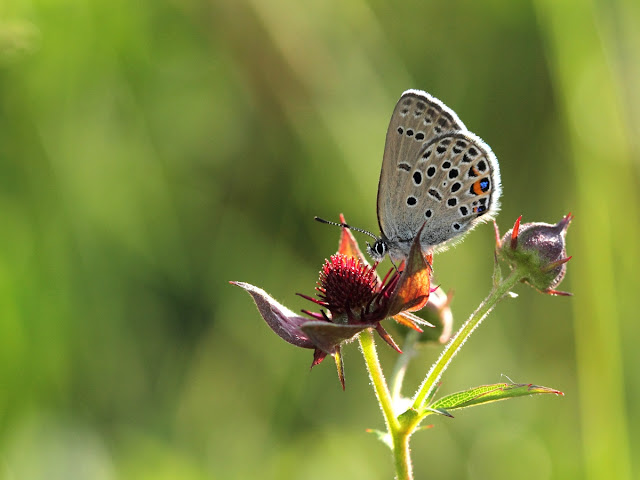 When from Belgium and wanting to see a lot of butterflies in a radius of maximum a one day drive one always thinks of going south or going to the mountains but only few people think of going to our eastern neighbors, at most we drive through Germany. It was so bad that until this year I had only seen 14 butterfly species in Germany...
This year I wanted to make a change in that so I made a trip of a short week from 18-22 June to SW-Germany. Main objectives of the trip were to see some species at their closest populations to Belgium, some of them have been seen in Belgium but at least ages ago. I went from NW to SE to end up in the southern Black Forest. 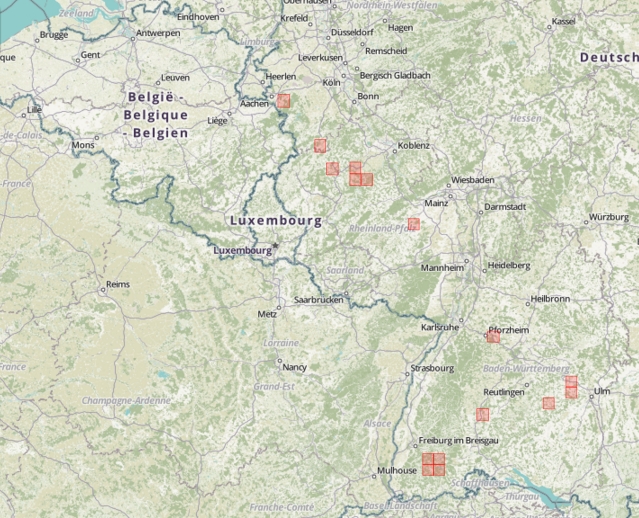 This species has some records in Belgium but the most recent one dating back to 1938. The situation of the species in northern France is unclear to me, at least in the high Vosges it is still present. But only some 20 km east of Belgium the species is present on the calcareous grasslands of the Eifel. These grasslands are 500m+ high and in this way hold a different fauna than the lower (200-300m) calcareous grasslands of Belgium. As this seems to be a polytypic species with some cryptic diversity I really wanted to see the closest ones to Belgium. 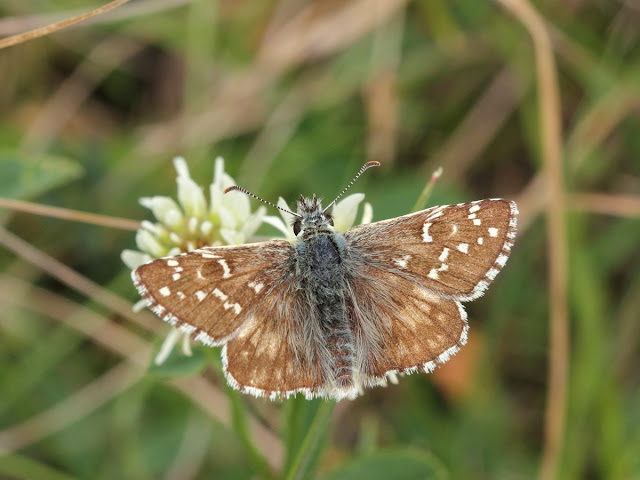 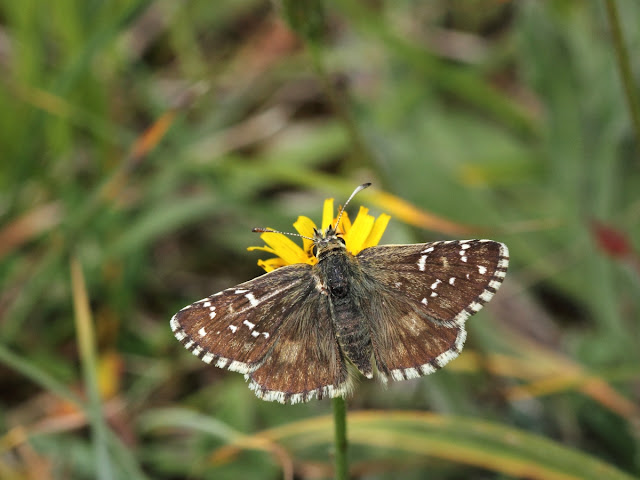 Along the river Nahe in the south of the plateau of the Hunsrück some high cliffs can be found with calcareous grasslands on top. These locations hold some nice species with Pyrgus carthami as the best one. Just like previous species this one has some historical records in the extreme south of Belgium, last one dating back to 1921. 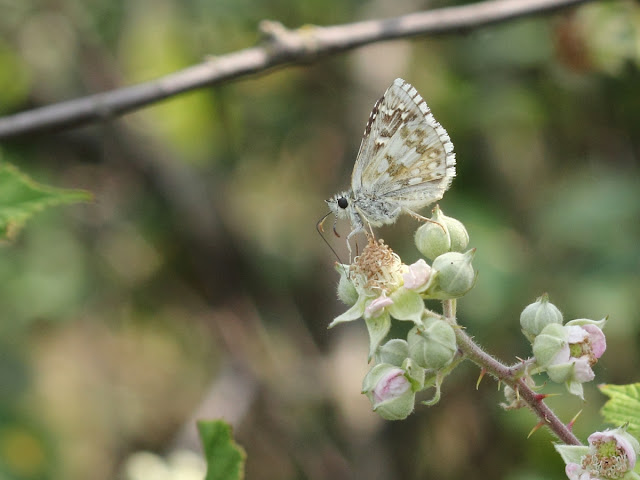 This species has disappeared from a lot of its former lowland locations in Europe but in the valley of the Moselle, where the river cuts deep through some high, dark reddish brown cliffs, a population of Apollo is still present. These locations are only 150-250m high so the species is already on the wing there end of May, half of June I mainly saw females. 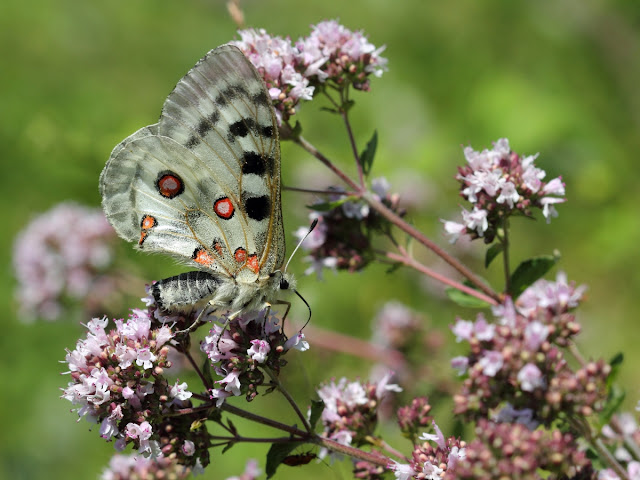 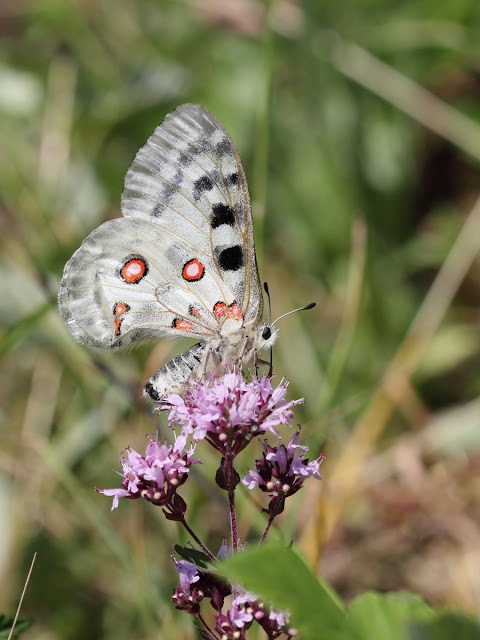 This species is still expanding its range to the north and can even be found in natural environments (as the expansion seems to be lead through adaption to living in hotter urban gardens...). This picture, showing a female, was made along the Apollo cliffs at the Moselle valley. 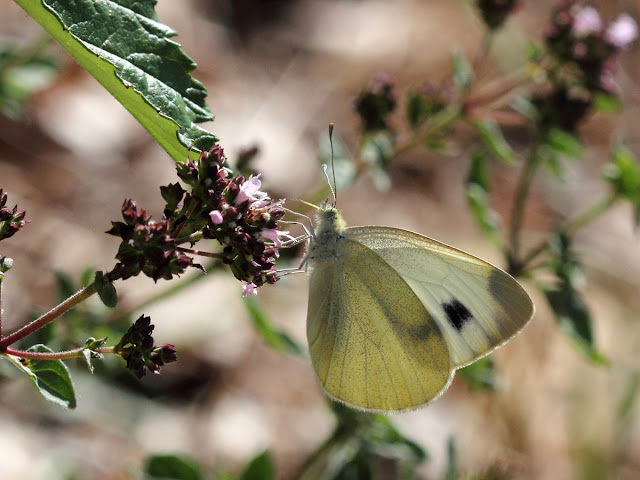 In the south of the Black Forest there are still some nice bog habitats, at one of them I found no less than 4 typical bog specialties! The first one is Colias palaeno, a species once present in Belgium with the last sighting in 1956. Two attempts for reintroduction between 1959 and 1970 failed. 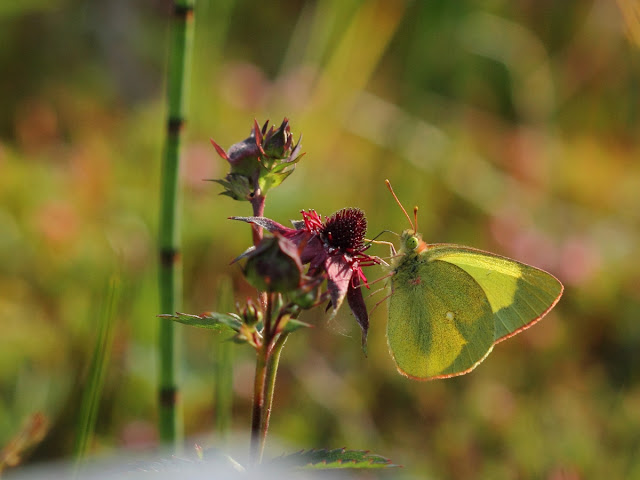 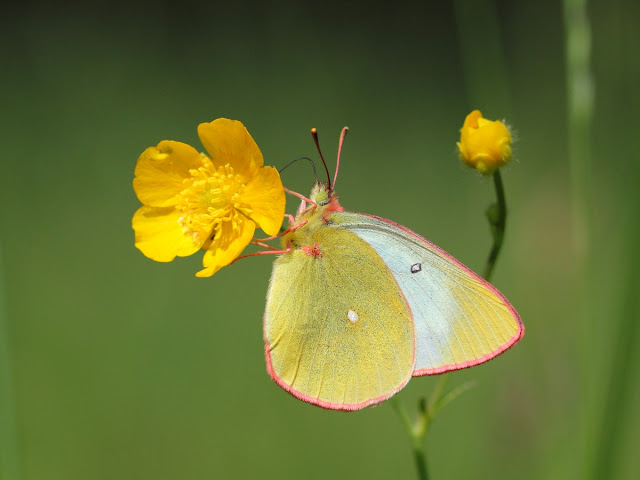