Last Saturday I had made a compromise with my girlfriend. We visited a 90 year old family member of hers and I promised to join her if before our visit we could visit one of the few Flemish populations of Sooty copper Lycaena tityrus that remain nearby. 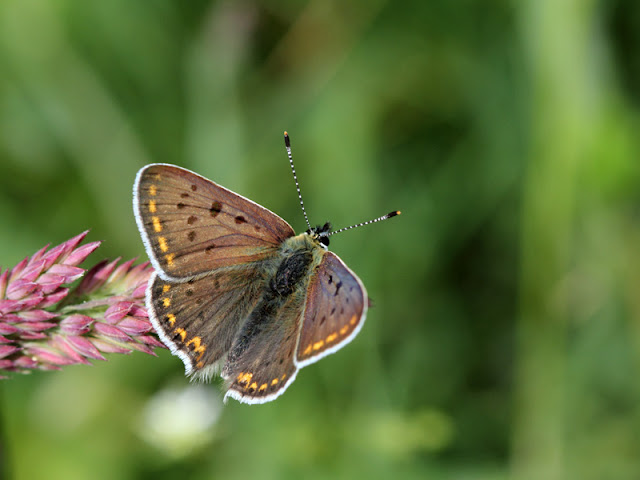 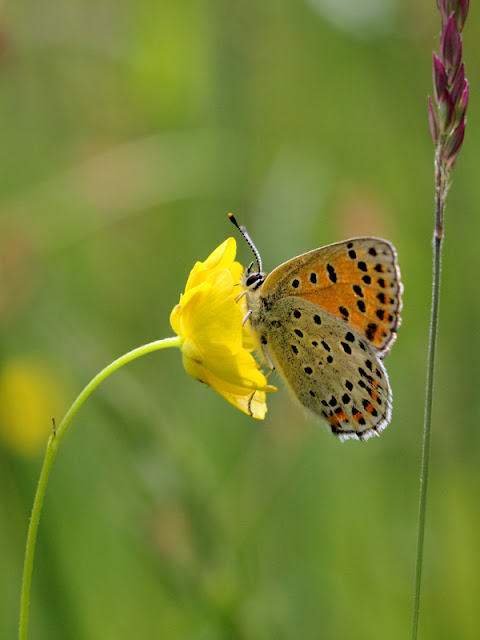 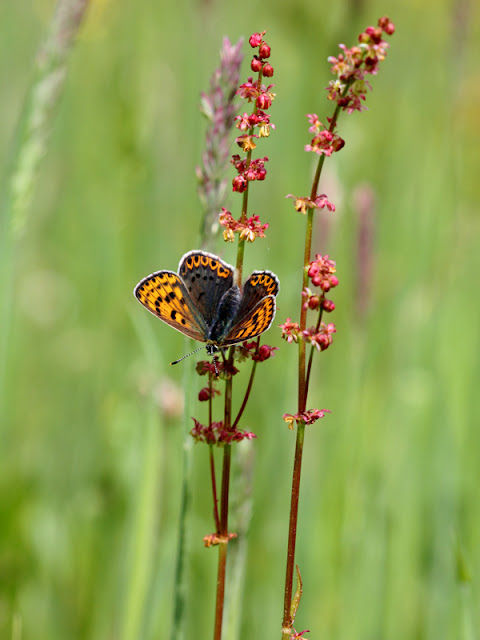 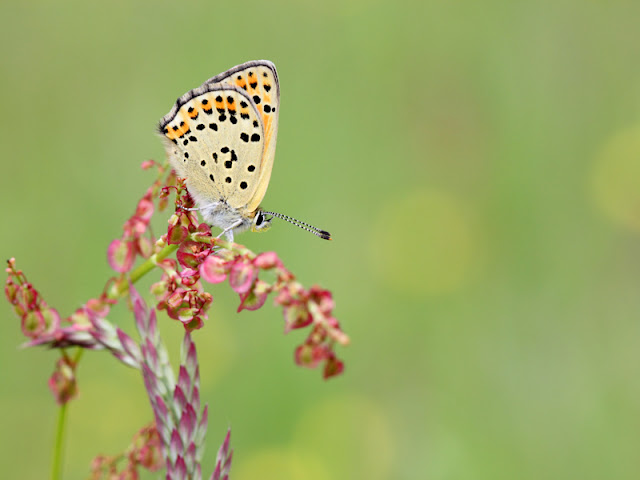 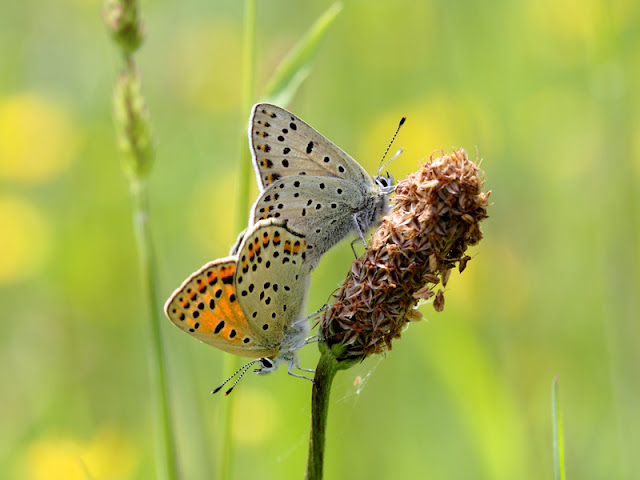 Lycaena tityrus, egg, female lands on the foodplant and crawls down the plant to lay an egg on the base of the stem of the foodplant. On this location Rumex acetosa.

While in large parts of central and southern Europe Sooty copper is still a widespread species, in Flanders it has lost a large part of its past distribution. Drivers of this loss of distribution are suspected to be found mainly in intensification of agriculture which has resulted in the loss of valuable poor grasslands. Flanders has in large parts an agriculture that is focused mainly on intensive livestock breeding, resulting in a very high nitrogen pressure. Learning about this case of the influence of livestock breeding on one particular butterfly made me decide some years ago to try to live vegetarian as much as possible. I'm not that naive to think that my change of lifestyle will change a lot but as a butterfly enthusiast it just seems a logical step in my life.

Figure out of following article by Dirk Maes and Hans Van Dyck:
https://data.inbo.be/purews/files/6578241/Maes_VanDyck_2001_BiolConserv.pdf