Zizeeria knysna
This is a species with mainly an African distribution reaching Europe at its southern limits. Its habitat in southern Spain and the Canaries are all kinds of anthropogenic grasslands from park lawns to fallow lands.
I only have some faint images due to the butterflies being very active every time I saw them. I saw the species on a construction zone like area near Las Galetas (TF) and in the park of San Sebastian de La Gomera (LG). 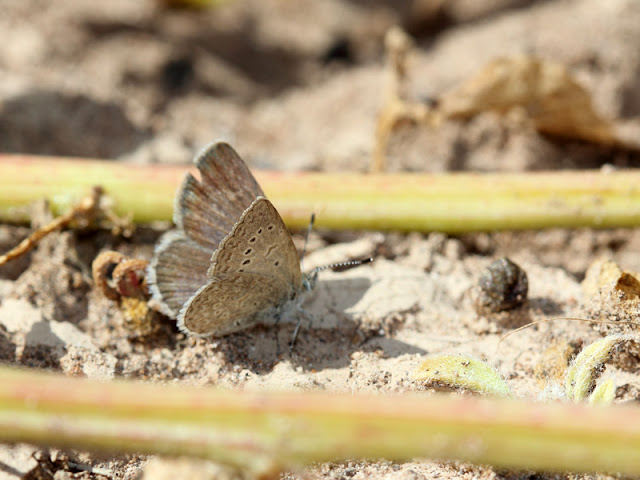 Cacyreus marshalli
This South African species has been accidentally introduced into southern Europe in the late 1980's with Pelargonium plants and has since then spread all over the Mediterranean area. It is present now almost all over the Canary islands mainly to be found in the direct neighborhood of human presence as the larvae live in Pelargonium flower buds. By pure accident I noticed a flower bud of a Pelargonium that was eaten out and found a caterpillar inside. 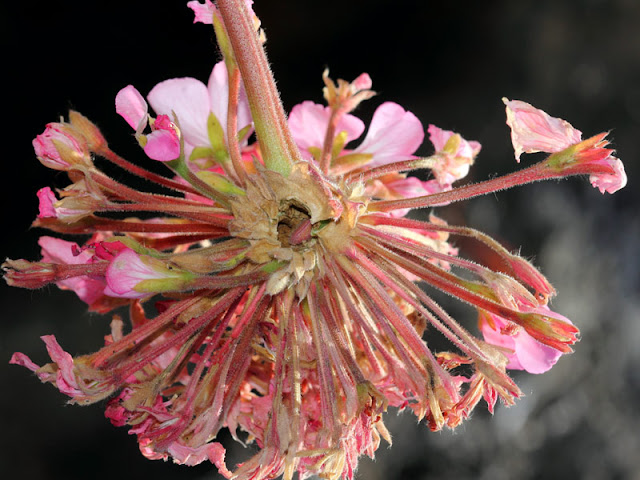 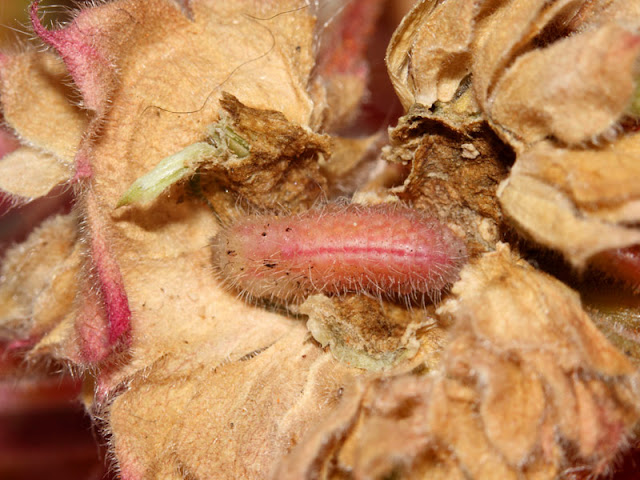 Cyclyrius webbianus
This is one of the most special endemics of the Canary islands. Its nearest relative is a species of Mauritius at the complete other side of Africa that since its discovery more than 100 years ago has only a few records. The hypothesis is that the common ancestor once lived all over Africa but got out competed by other more specialized species of blues. Also in the Canaries Cyclyrius webbianus is a generalist when it comes to larval foodplants but seems to have it difficult to compete with other species of blues.
I saw one individual near Masca, one near Punta Teno and some 10-15 individuals near the picnic area on the road from Chio to Teide. Apparently this species is very common in summer on the Teide but numbers drop in winter. At 1500+m between the patches of snow still several were active in February around bushes of a Lotus species. First time I watched butterflies in the snow! 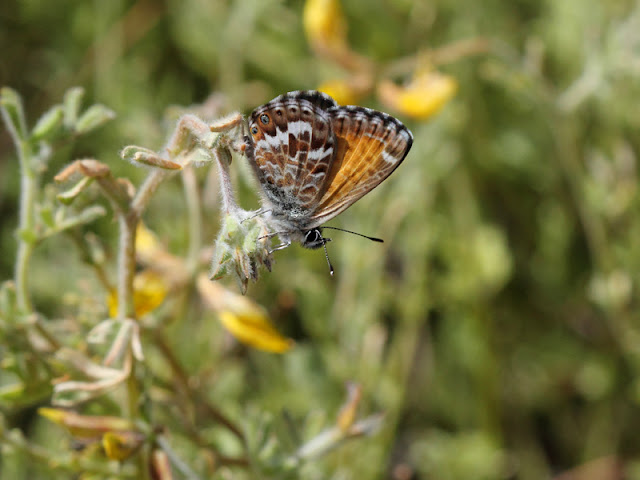 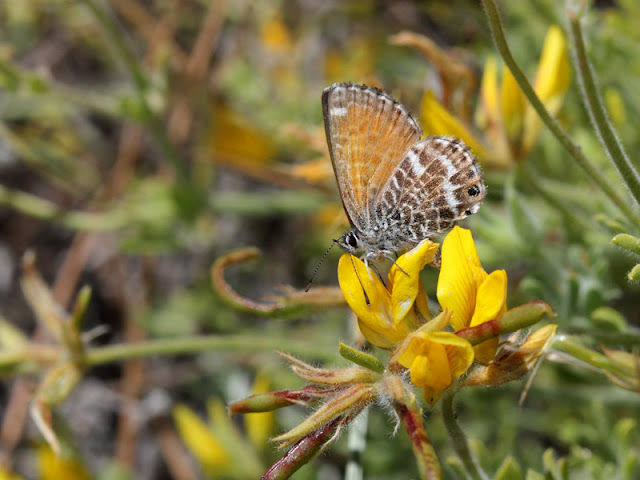 From the other species of Lycaenids present on the islands I only saw Lycaena phlaeas (common but never in numbers) and Lampides boeticus (several, especially in lower areas). 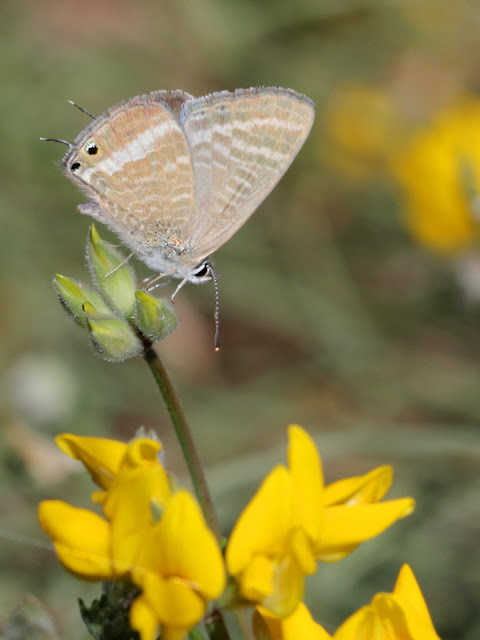 Posted by Pieter Vantieghem at 22:56